Comfortable turnkey furnished single format apartment, located close to the financial centre of the capital. In one of the most residential and best communicated neighbourhoods, El Viso.

The flat has been refurbished to detail with magnificent qualities, a space without architectural barriers with large social area and a bedroom en suite. Perfect as an asset for profitability.

The property has a living-dining room with a cleverly integrated designer kitchen. All spacious and bright.

One bedroom with dressing area and en-suite bathroom with split air-conditioning. 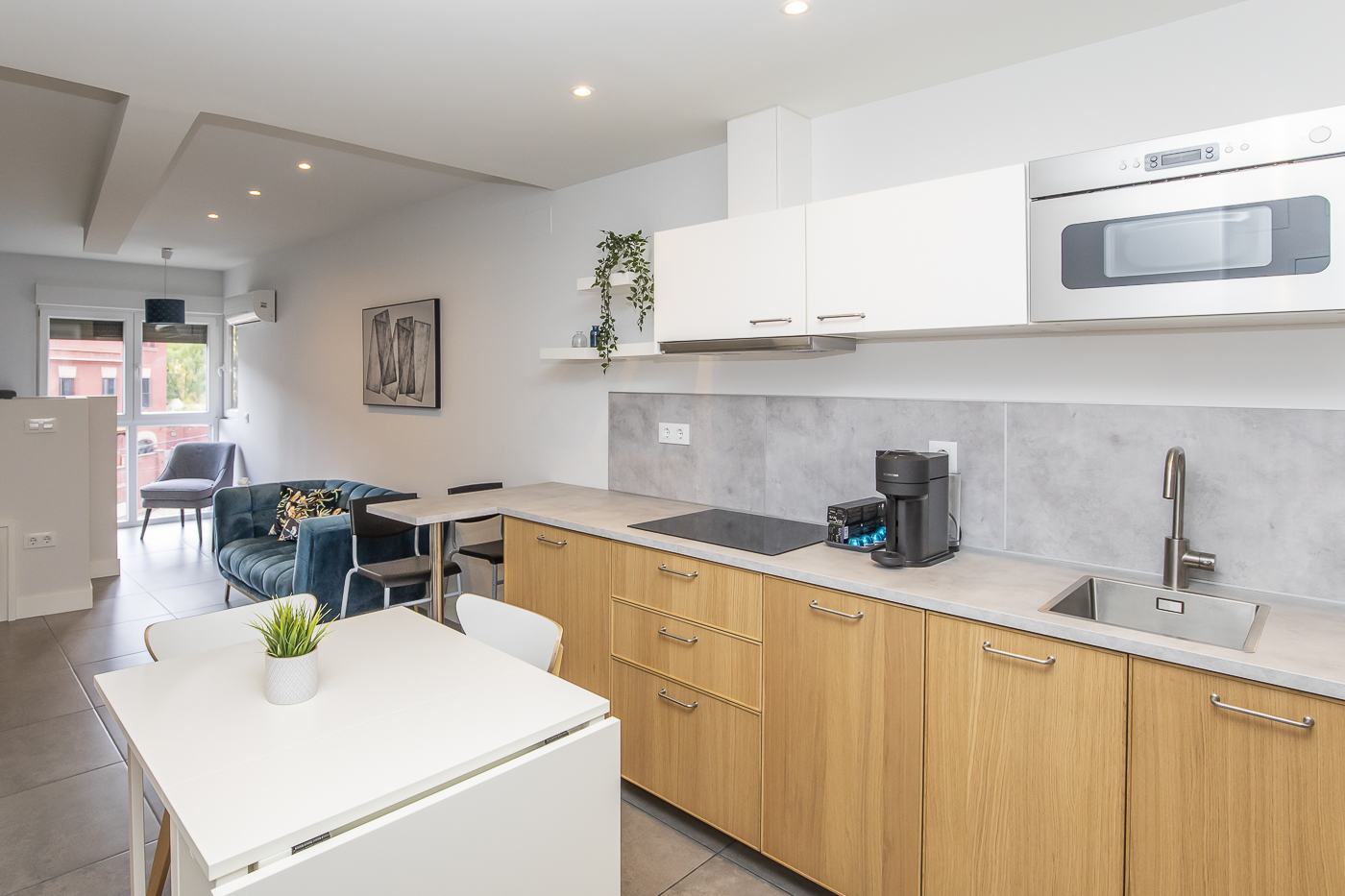 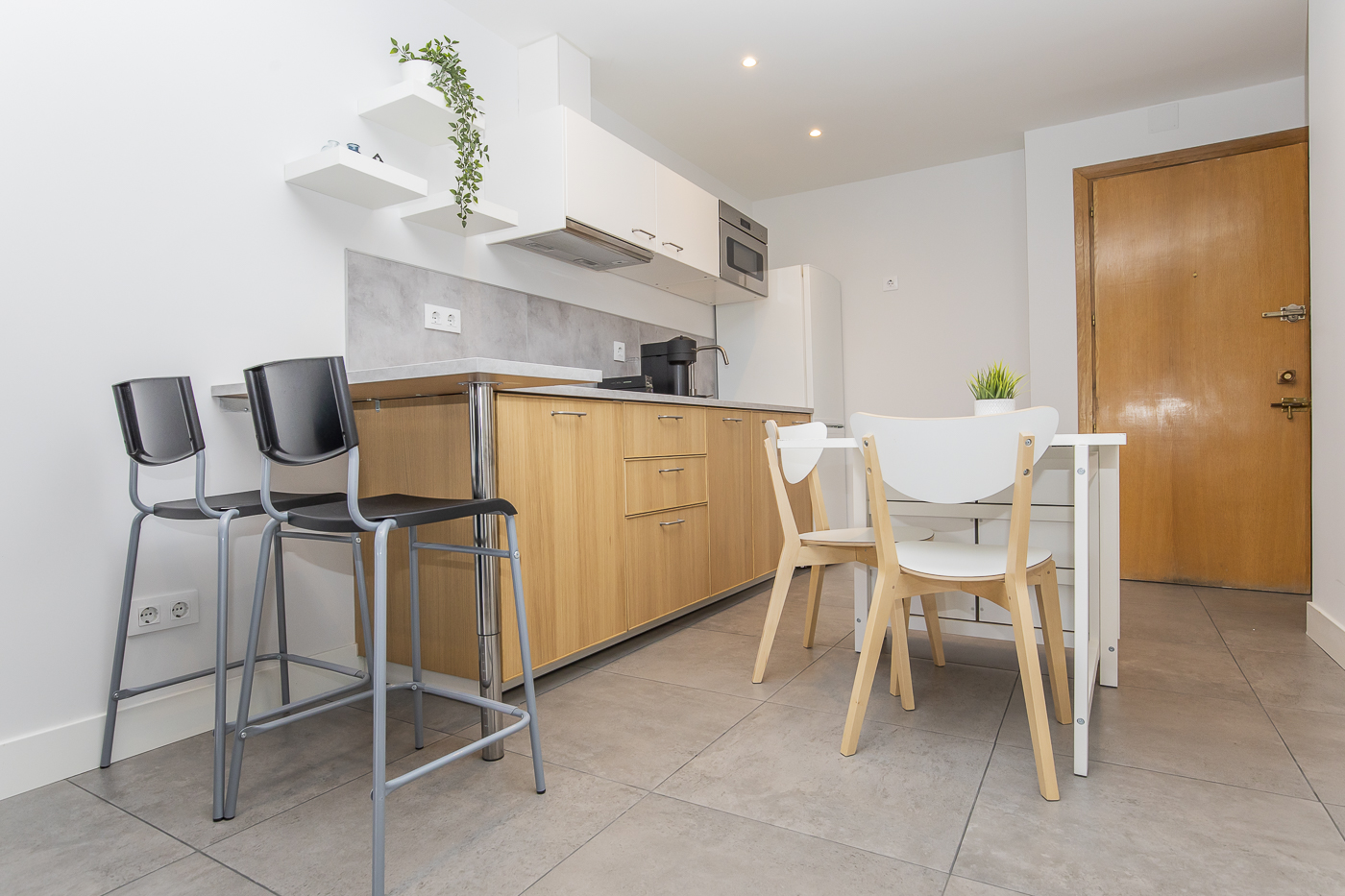 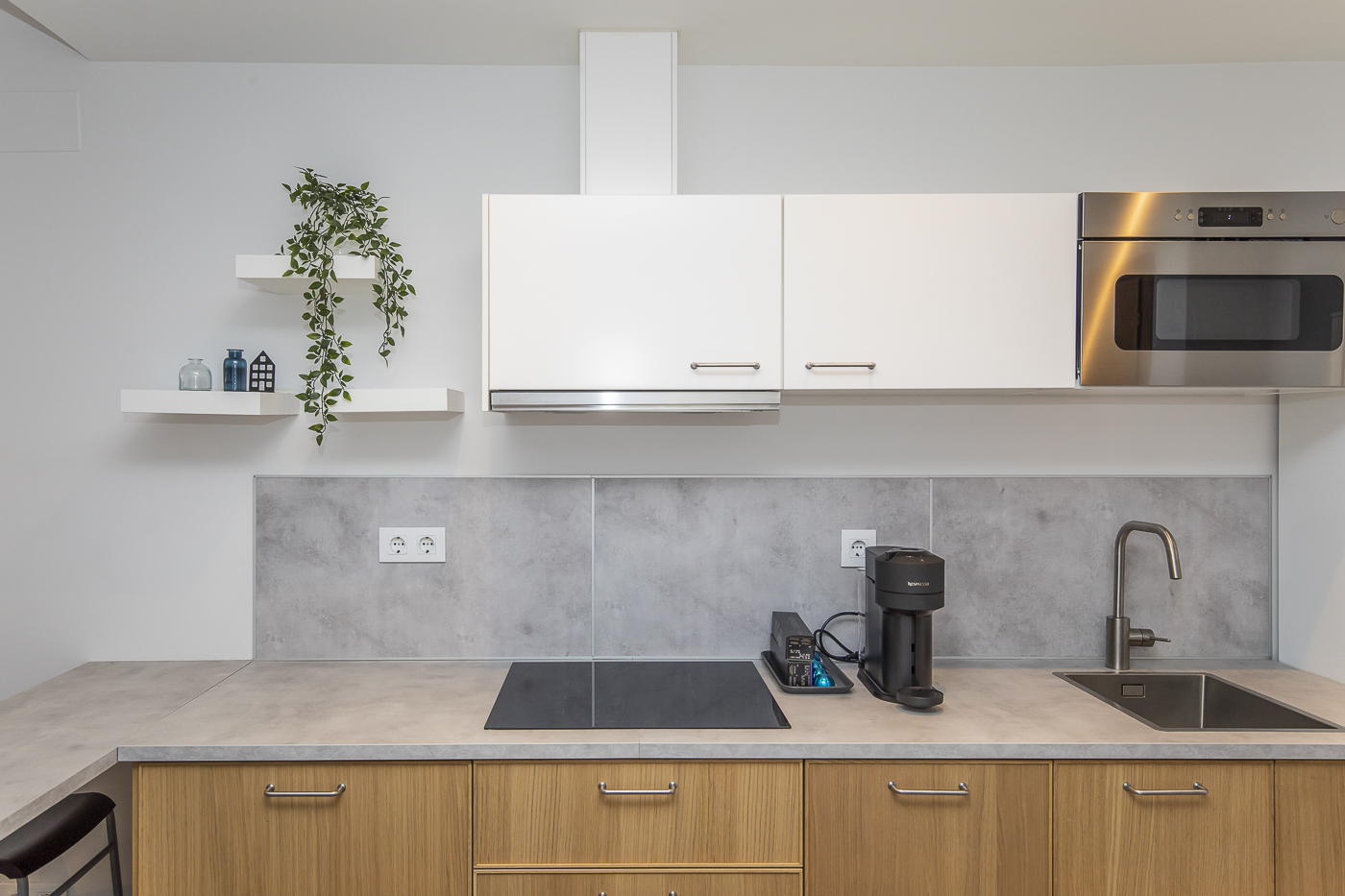 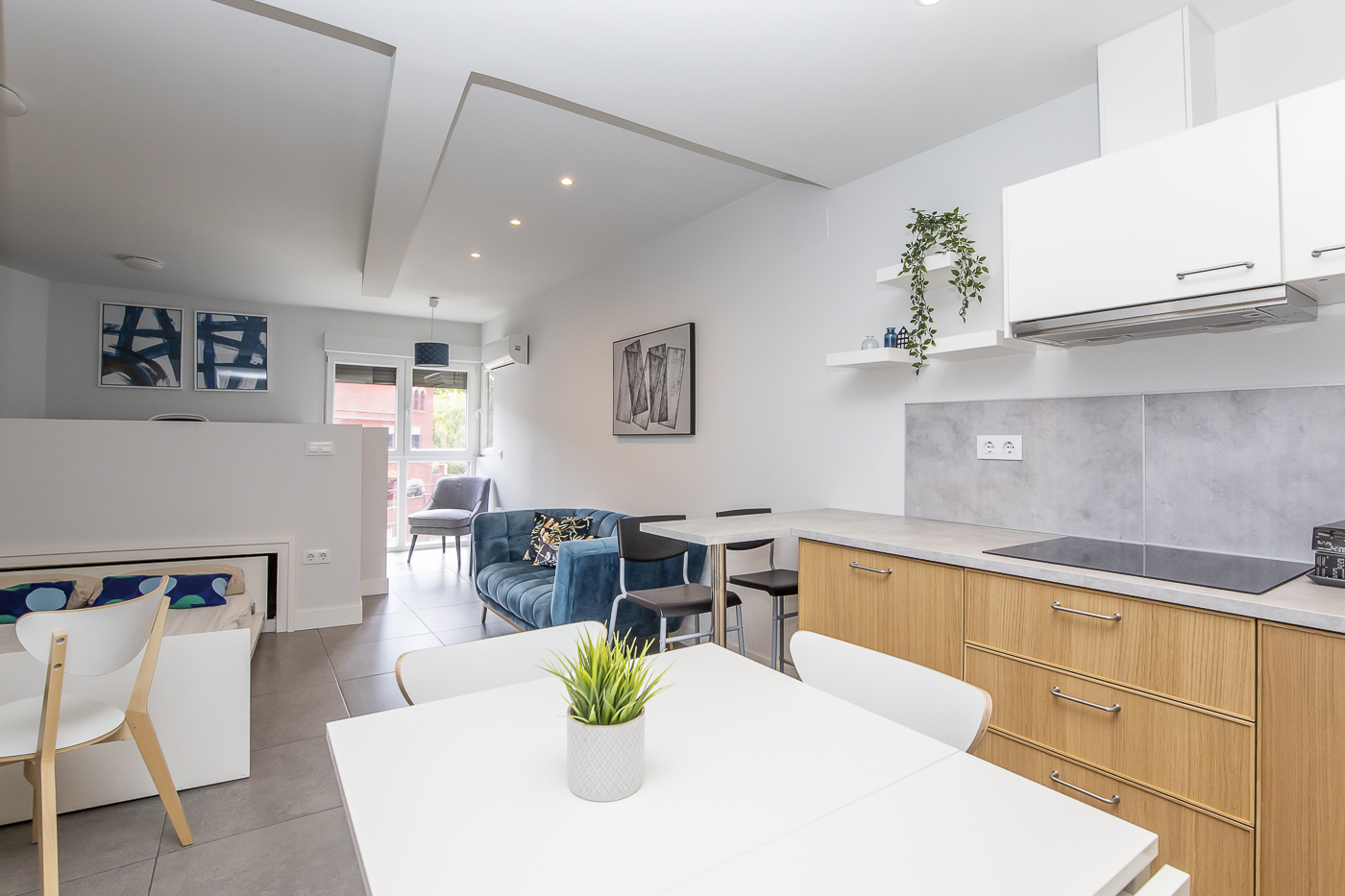 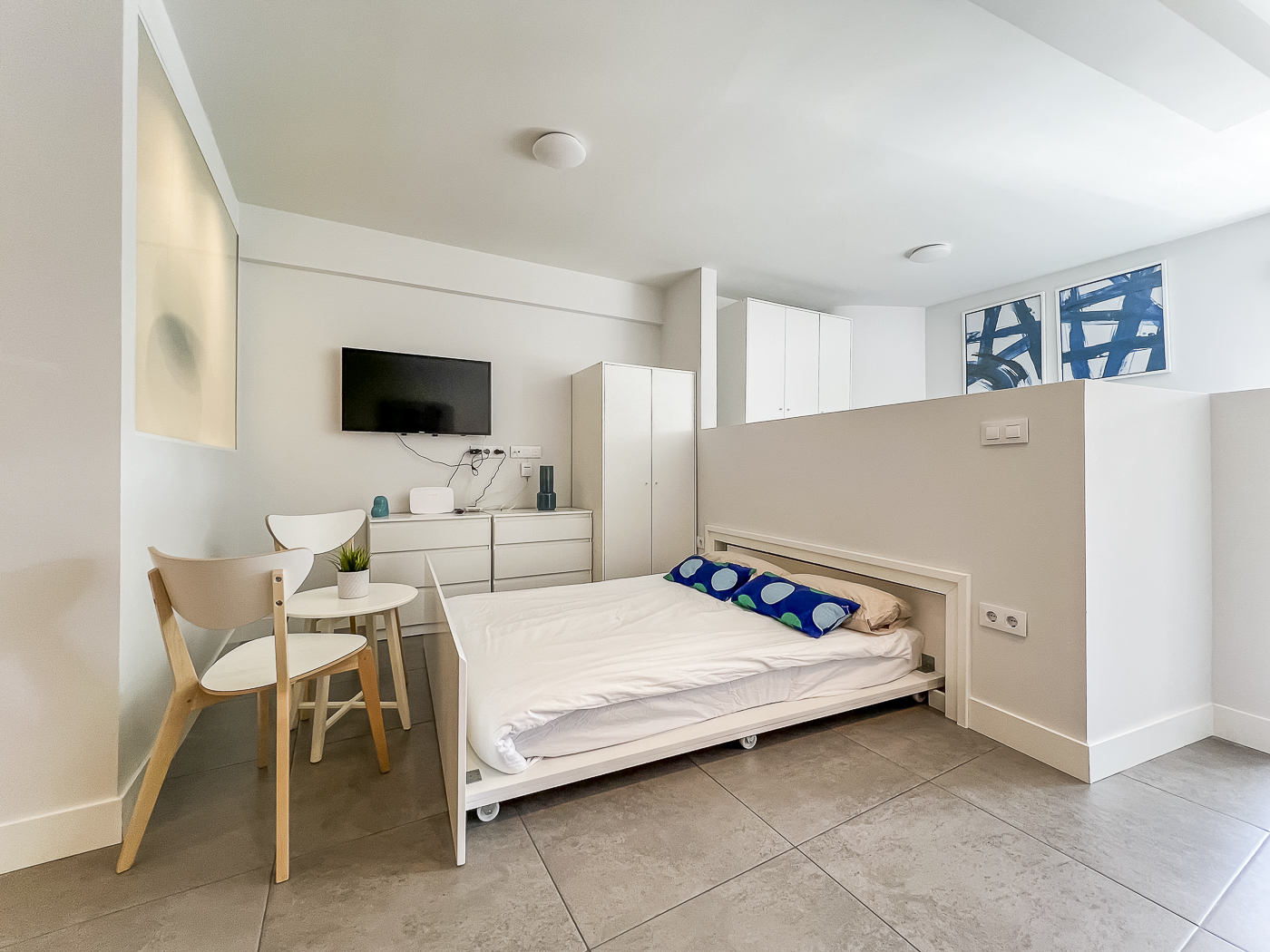 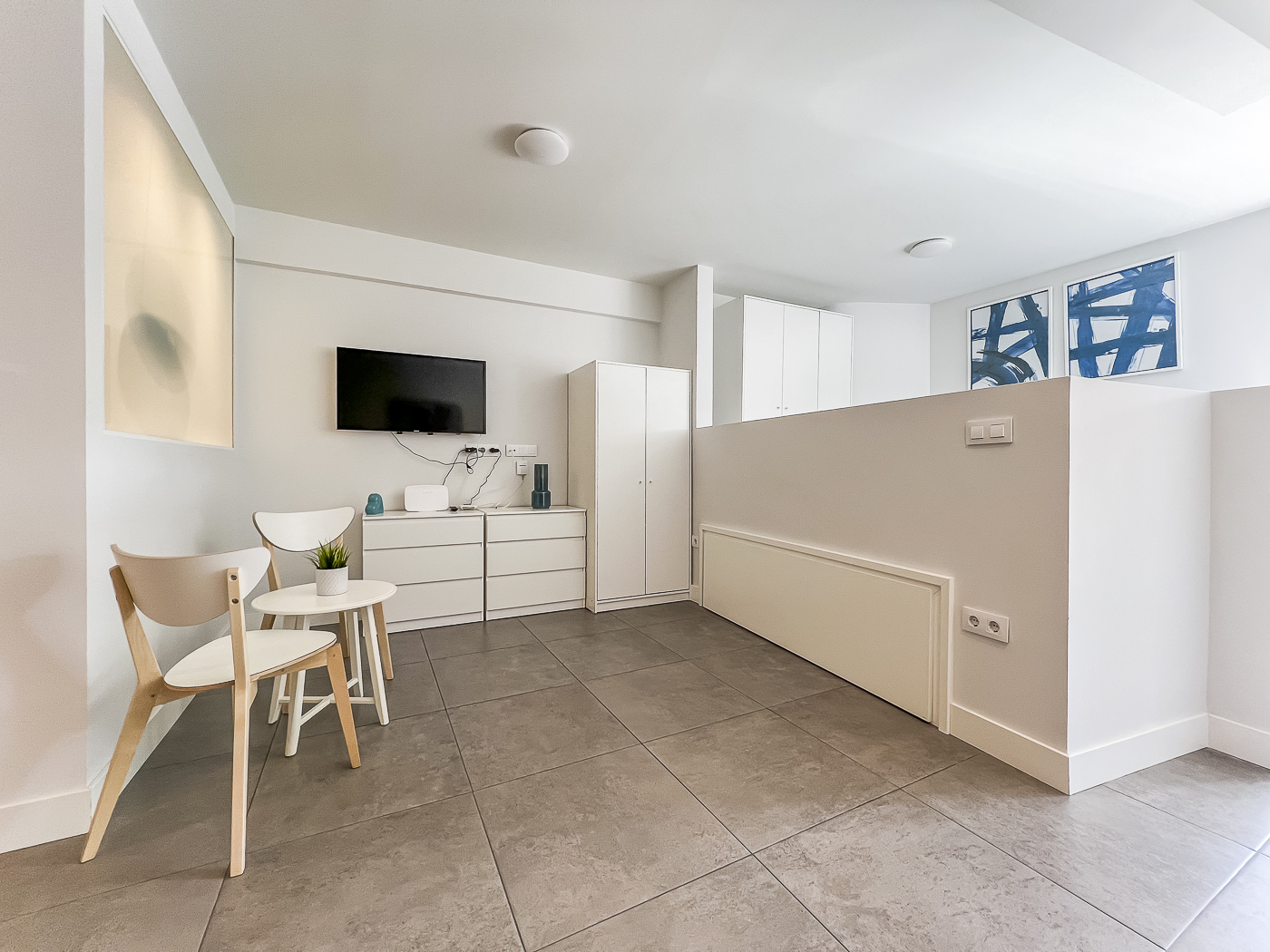 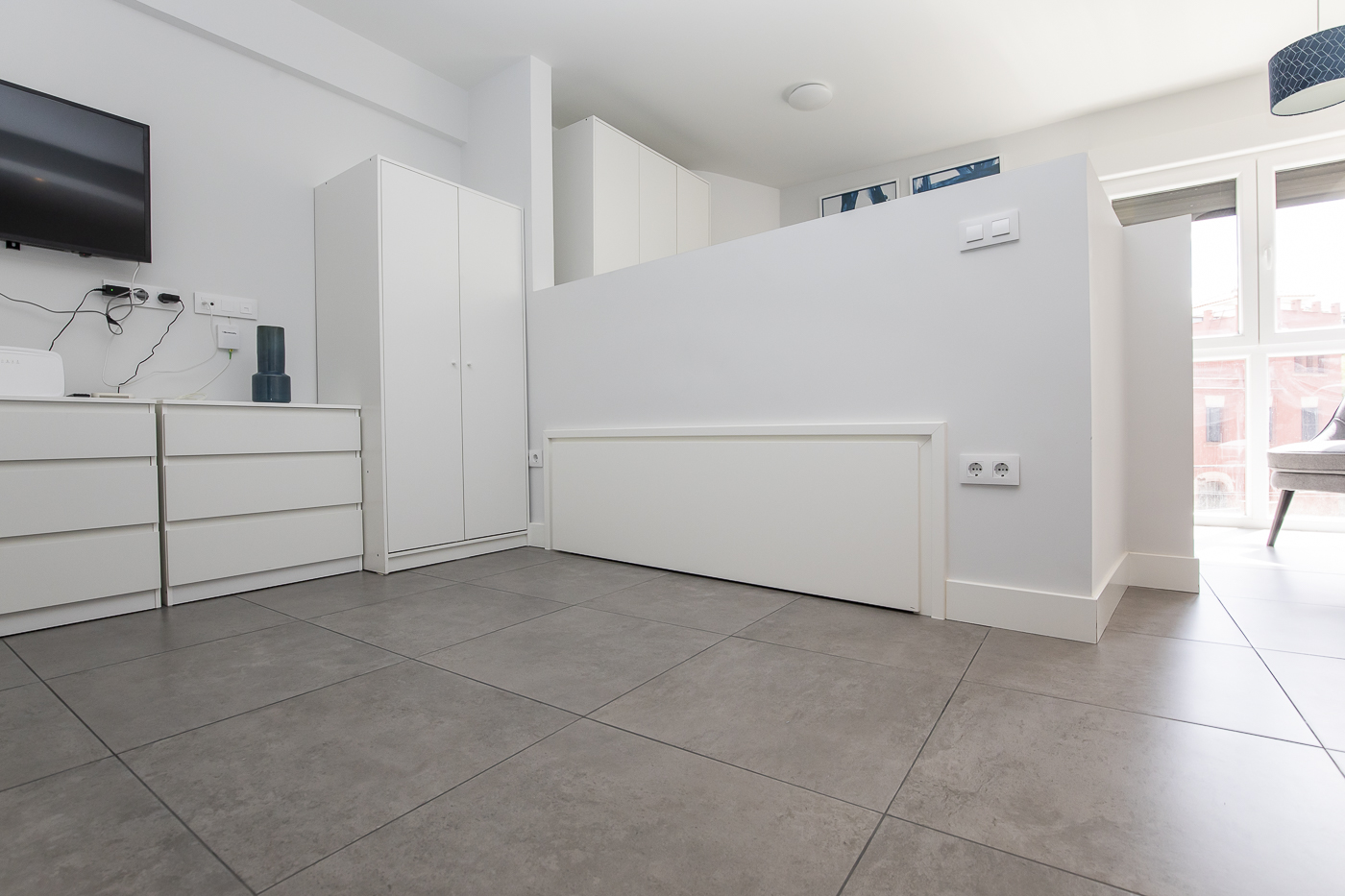 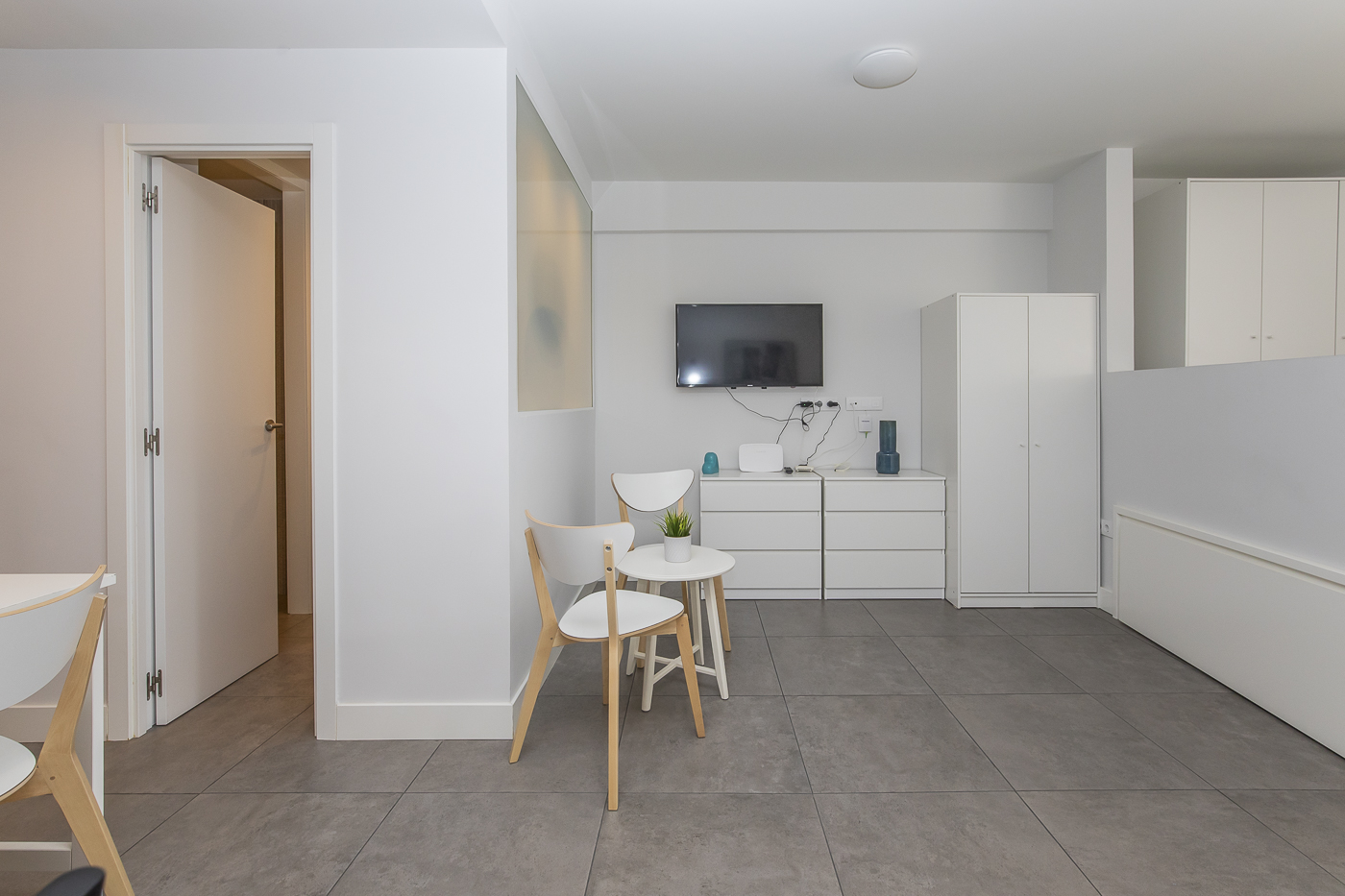 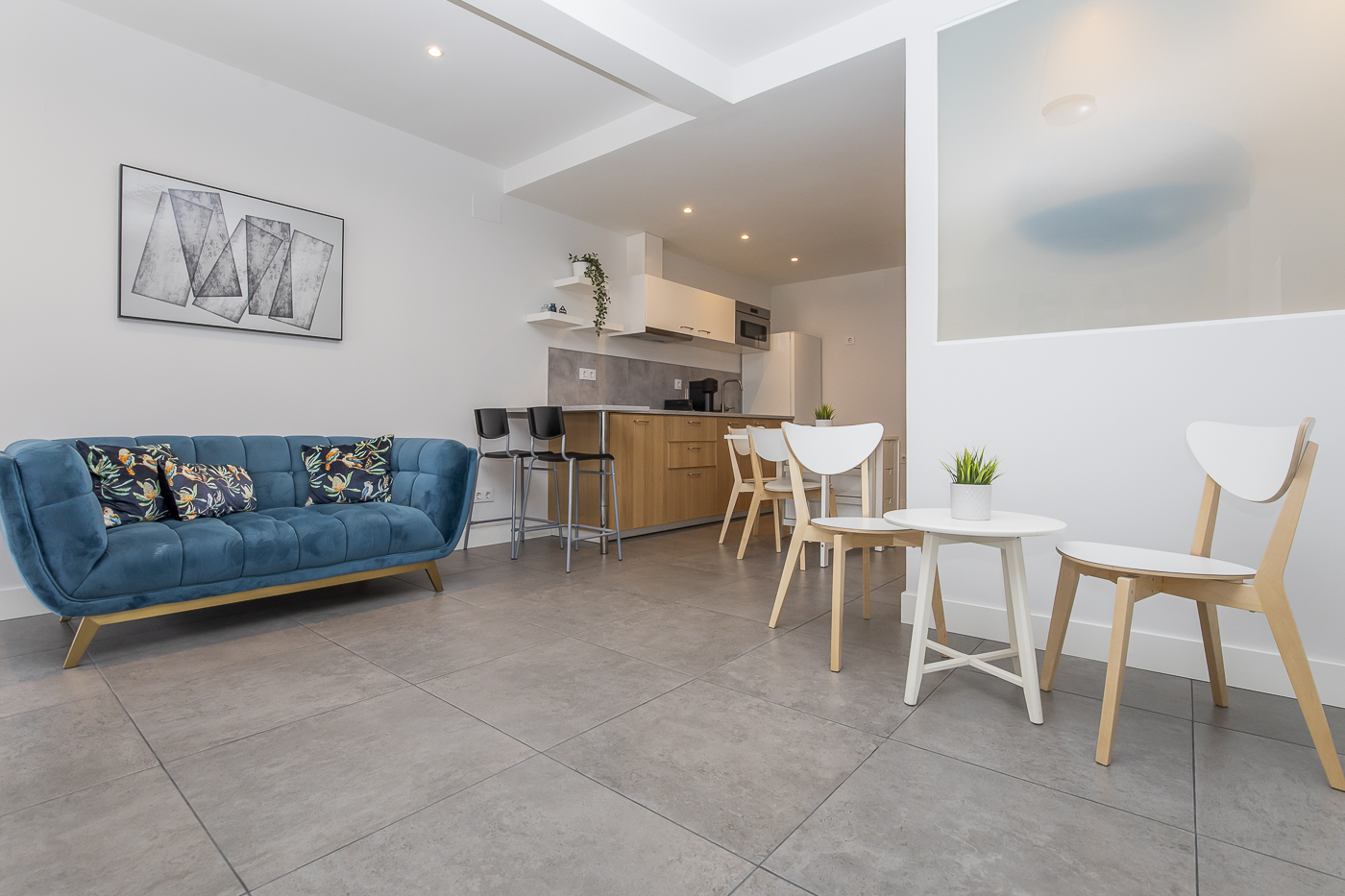 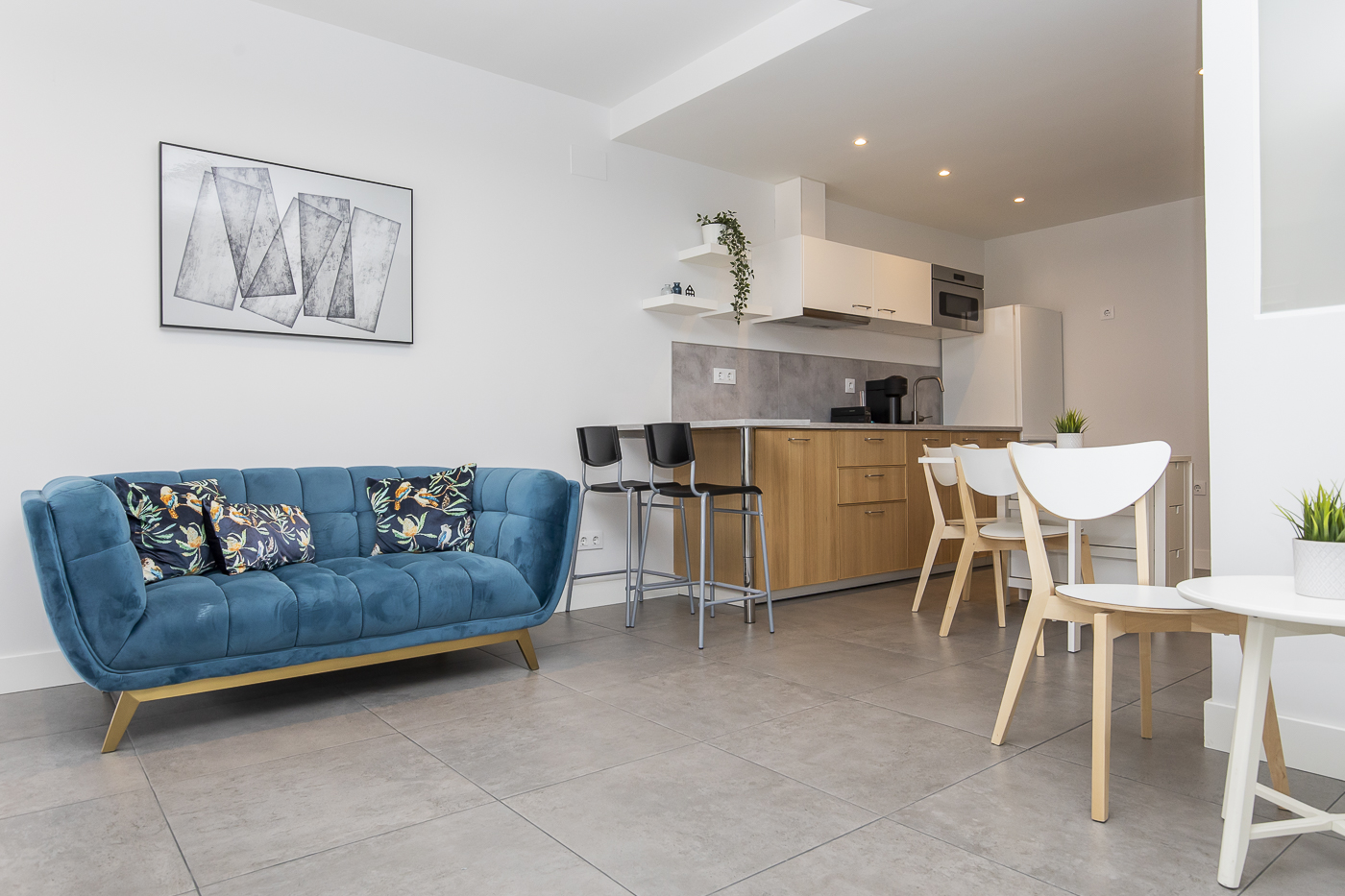 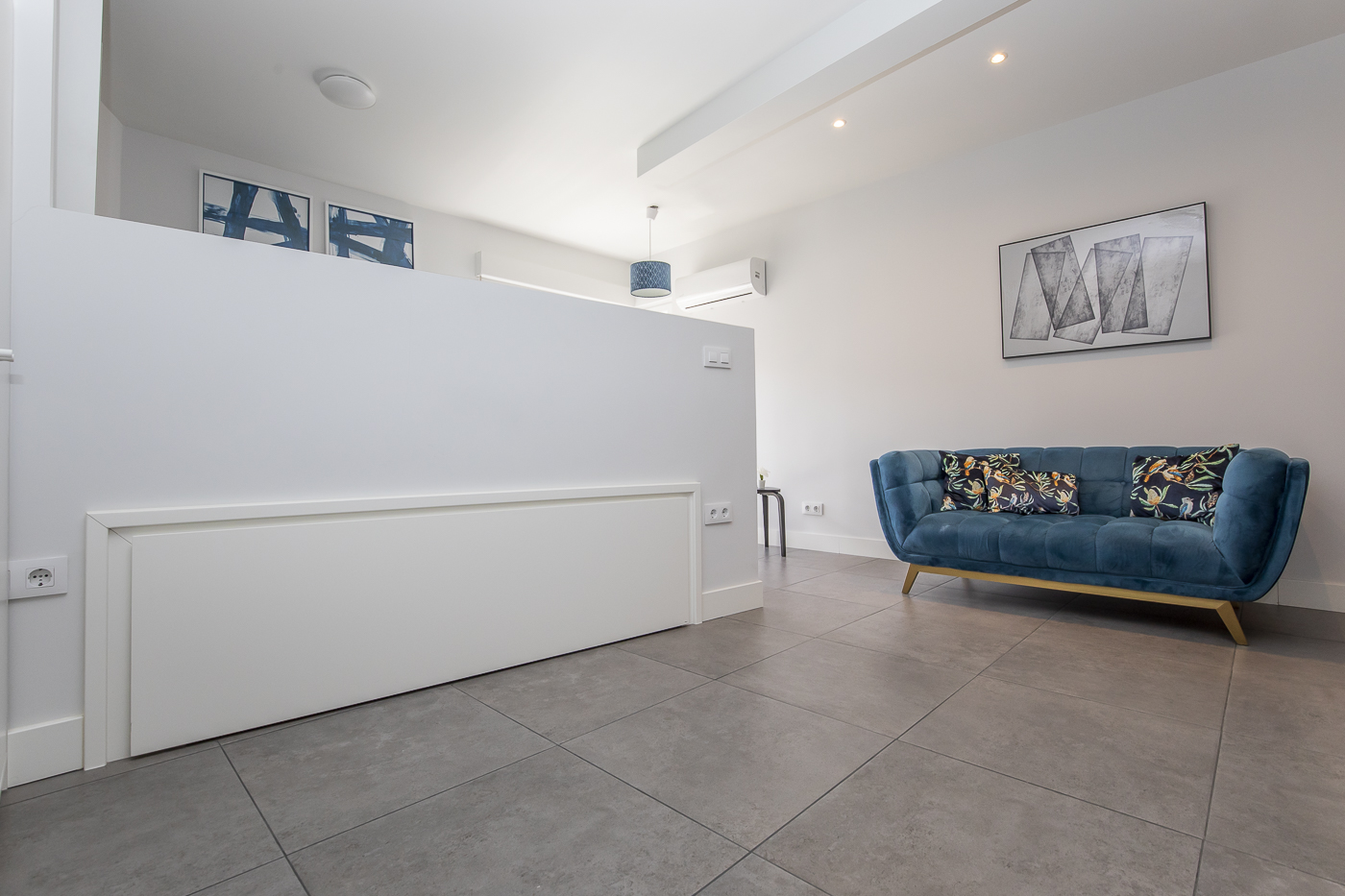 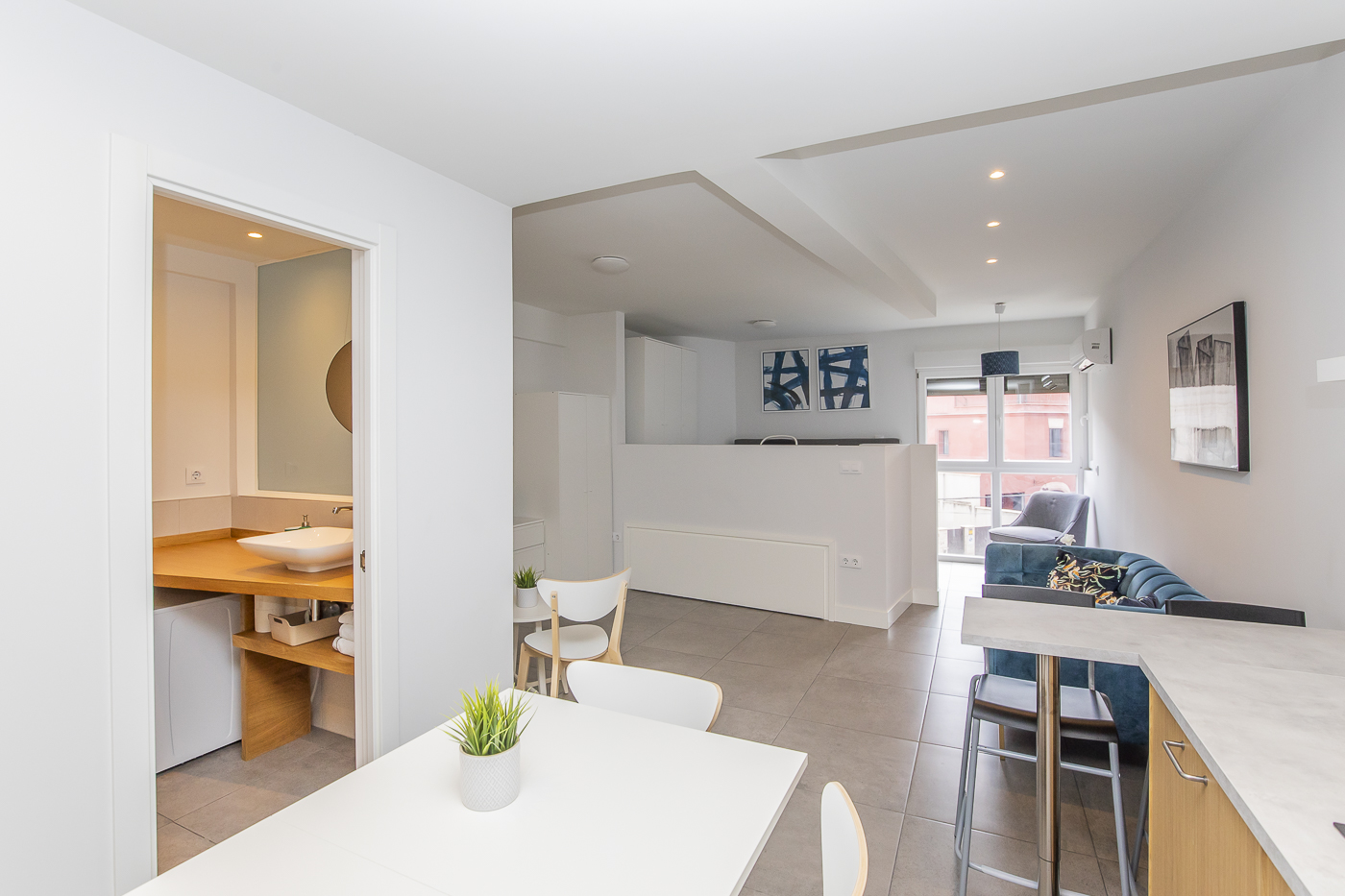 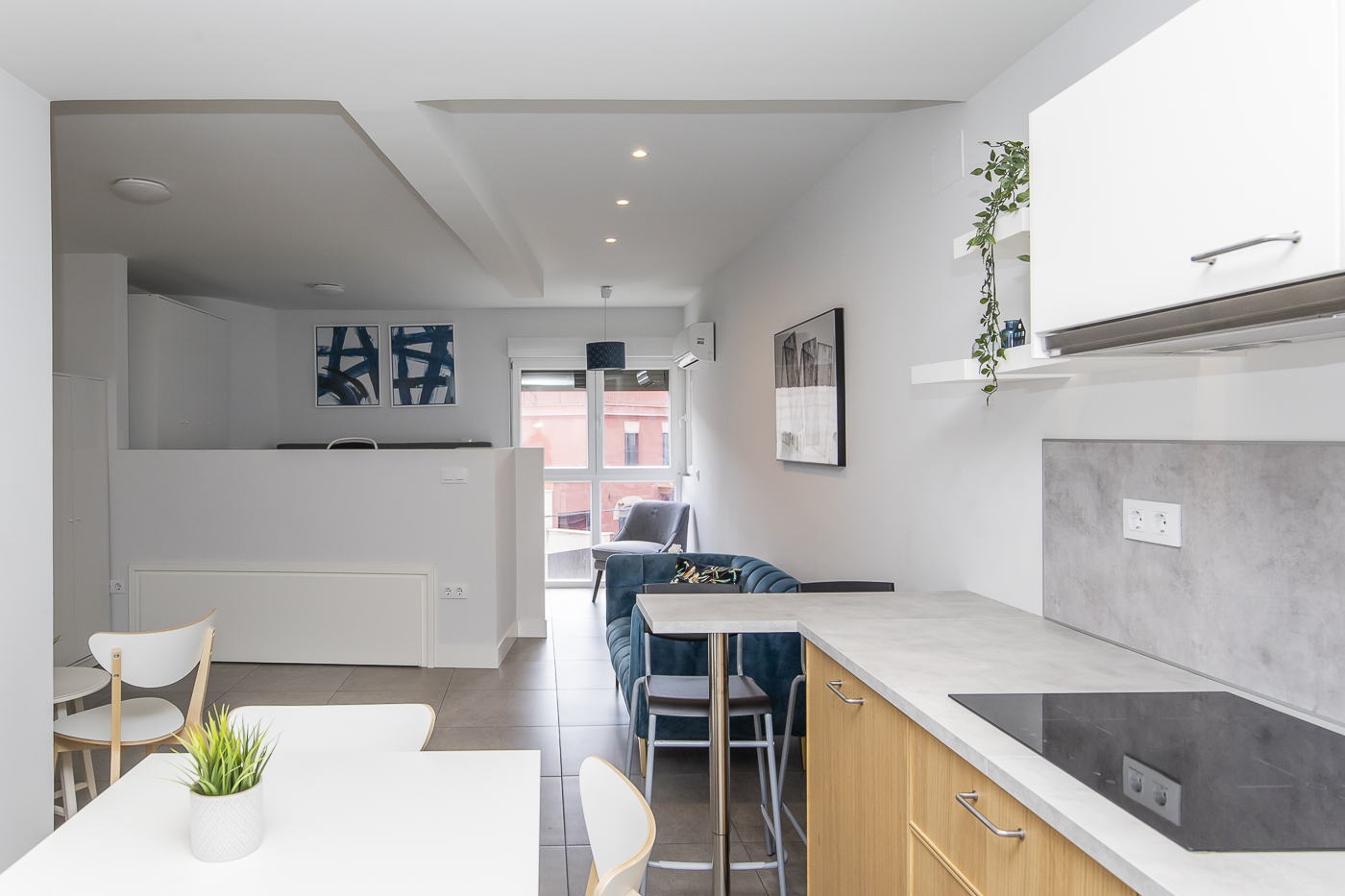 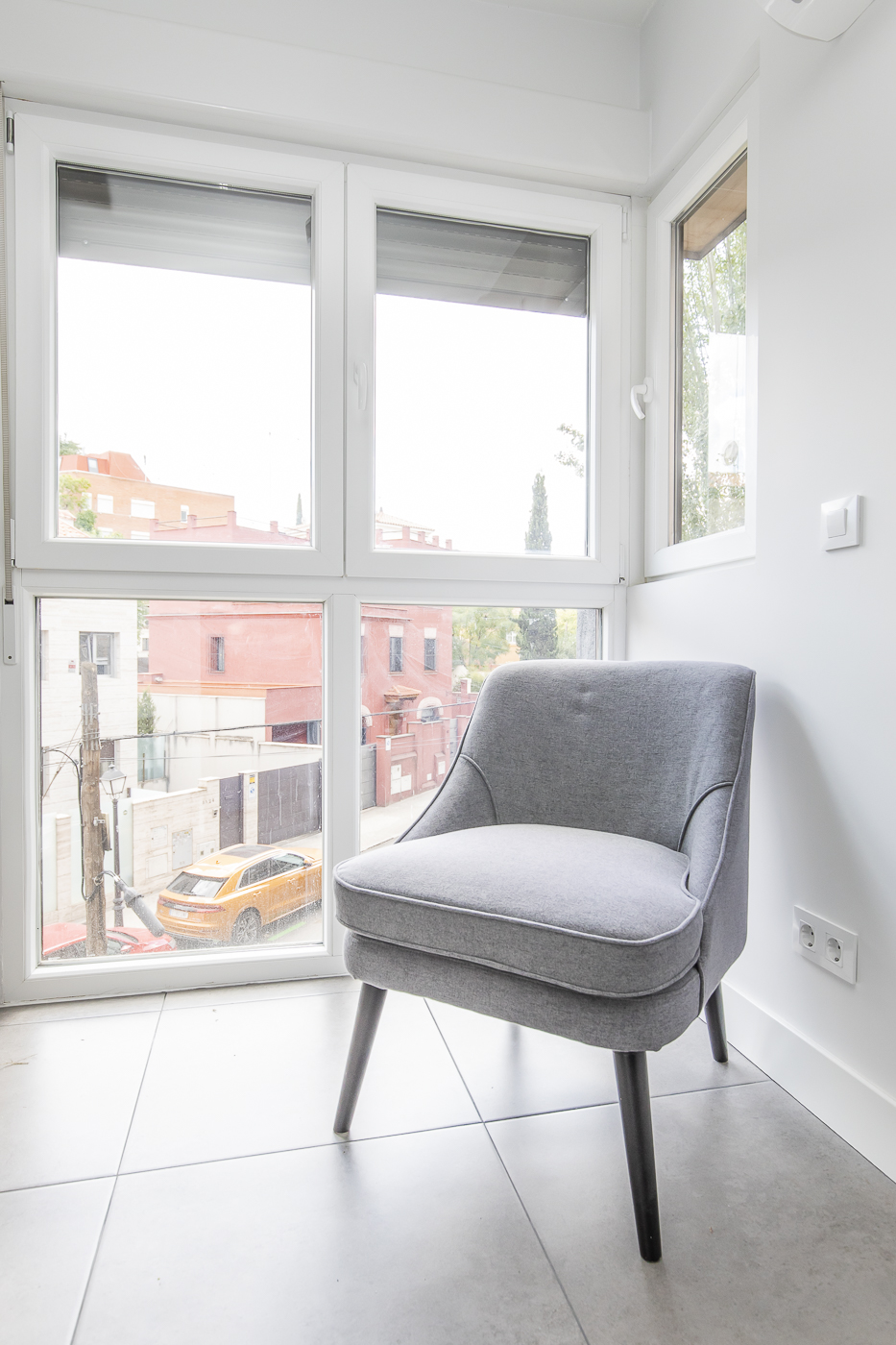 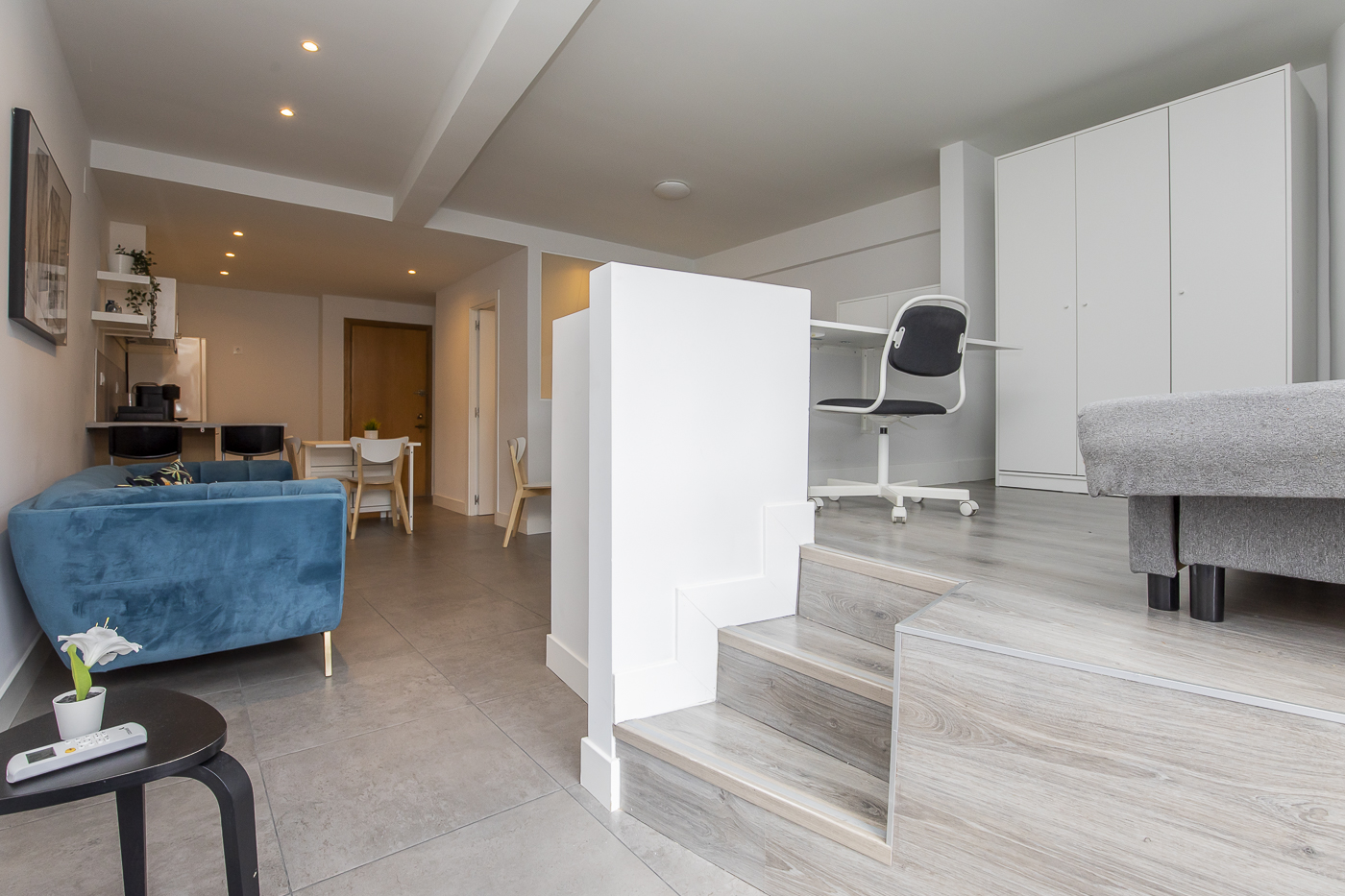 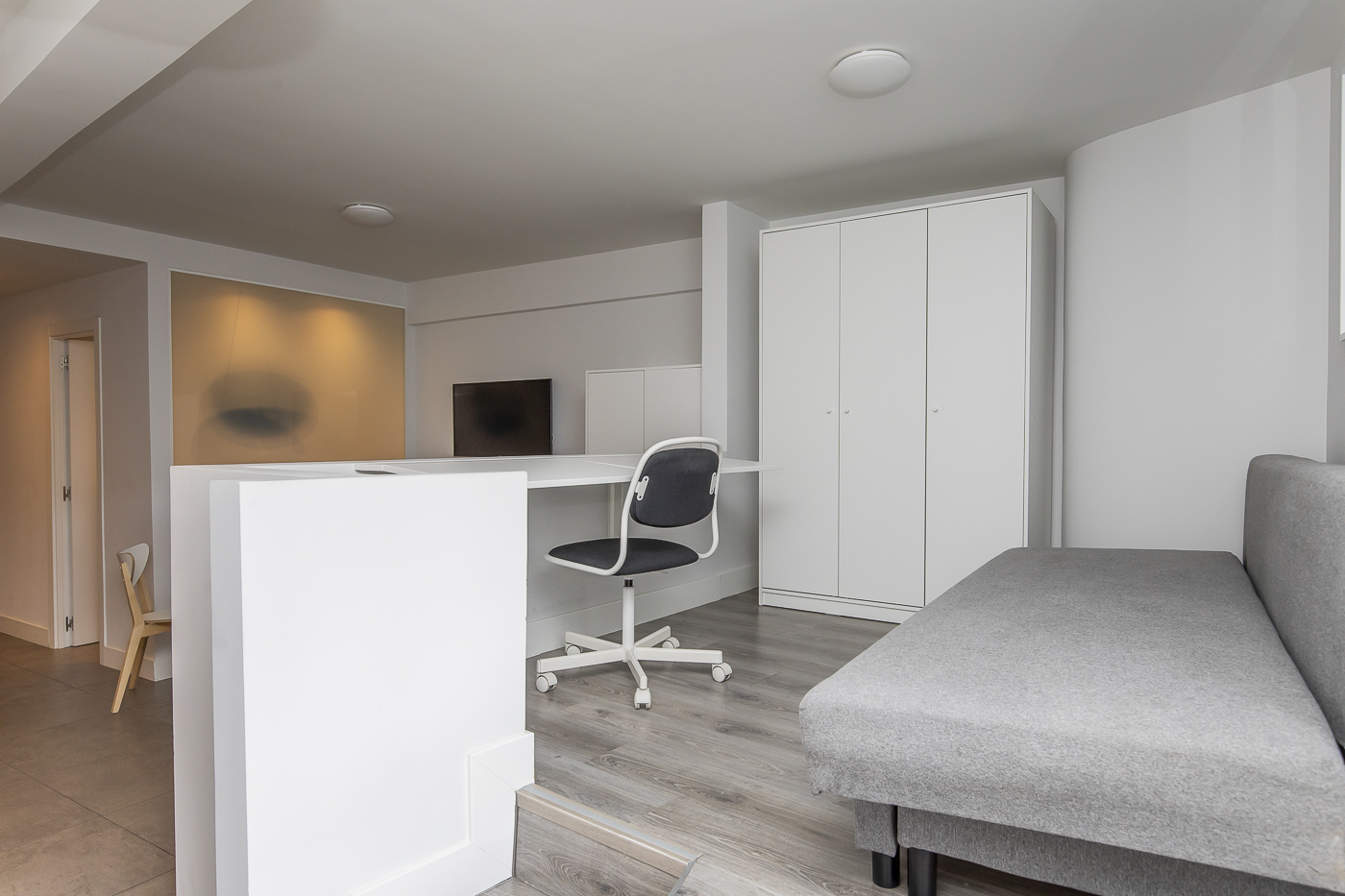 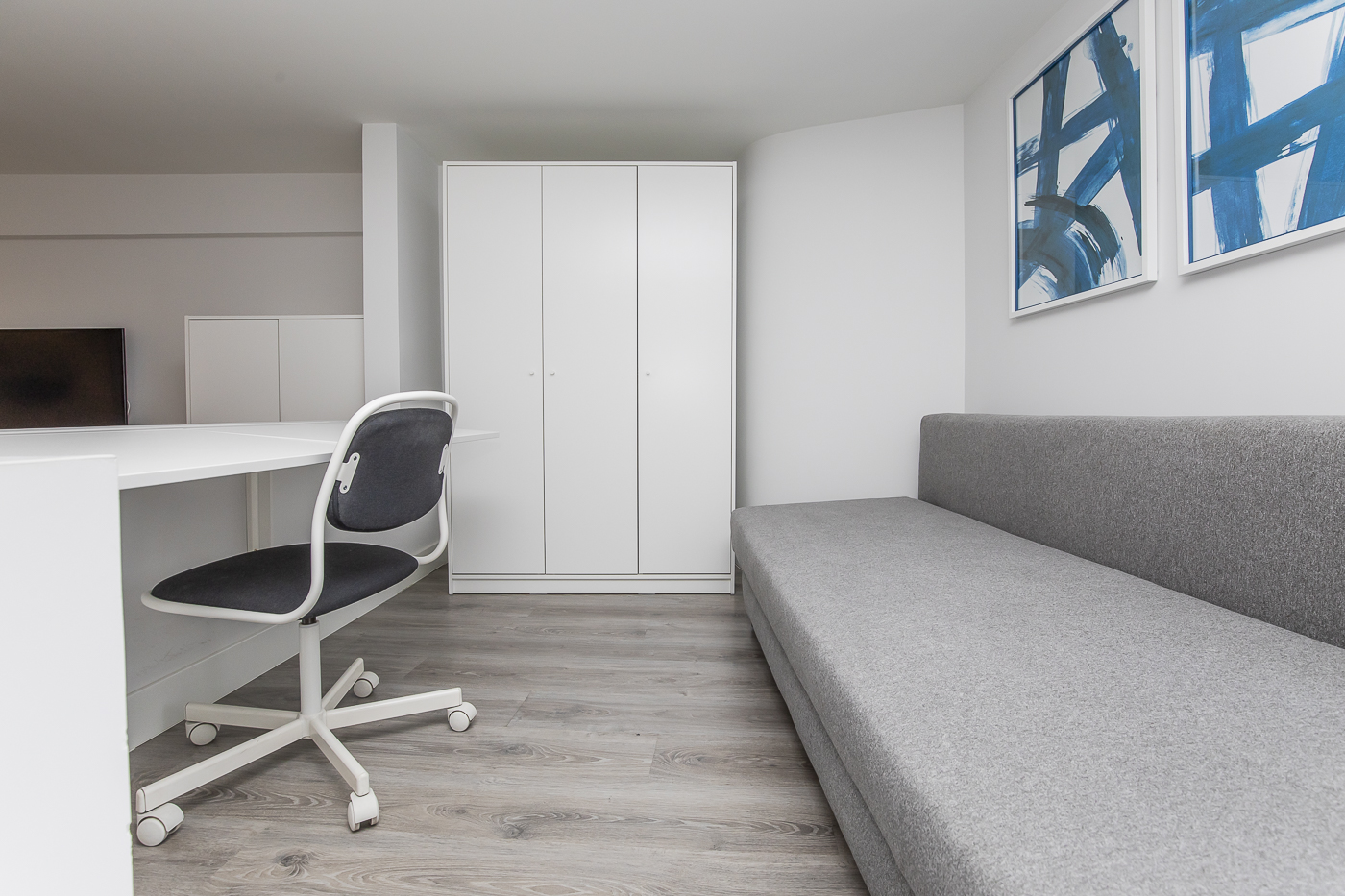 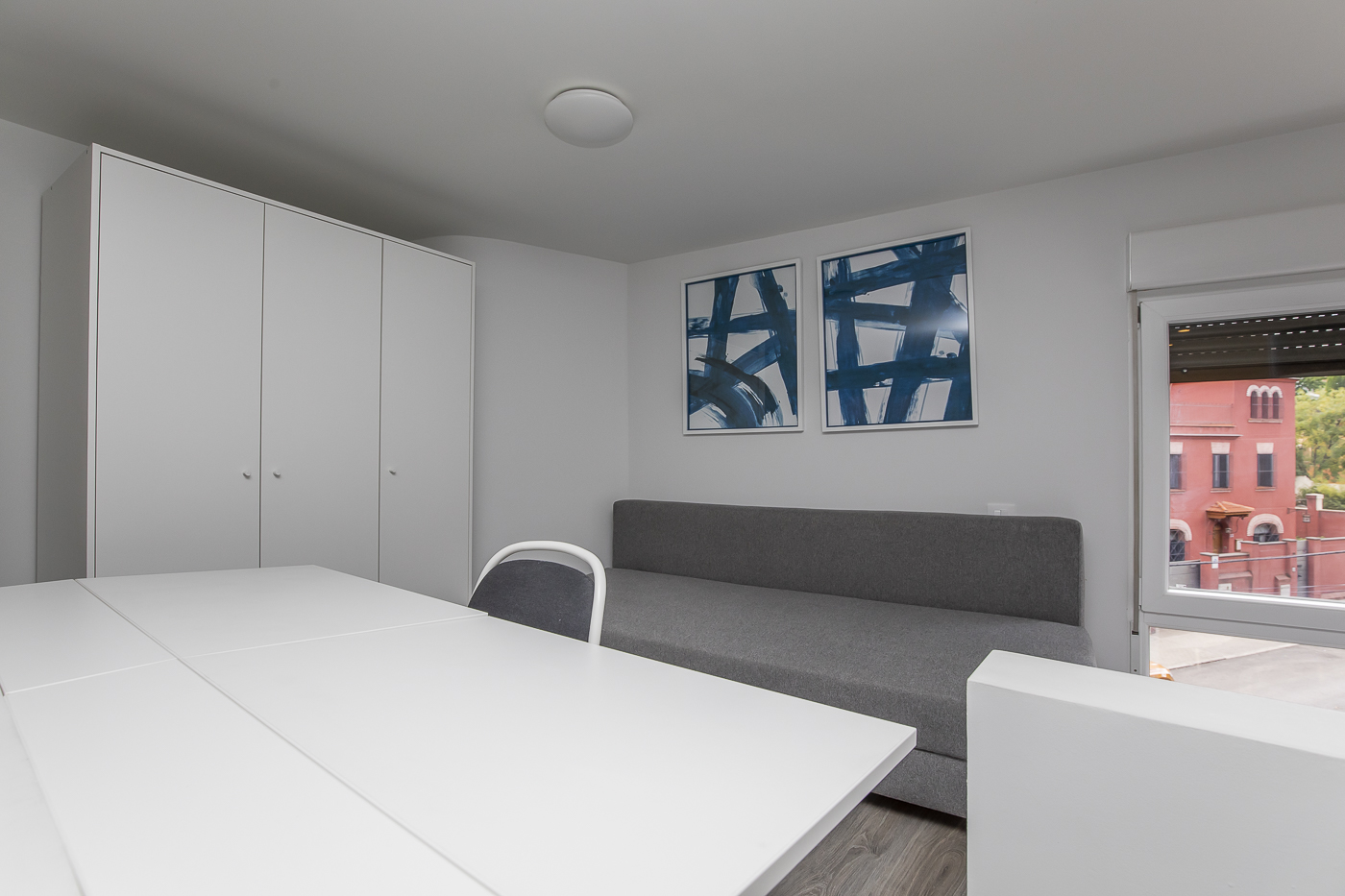 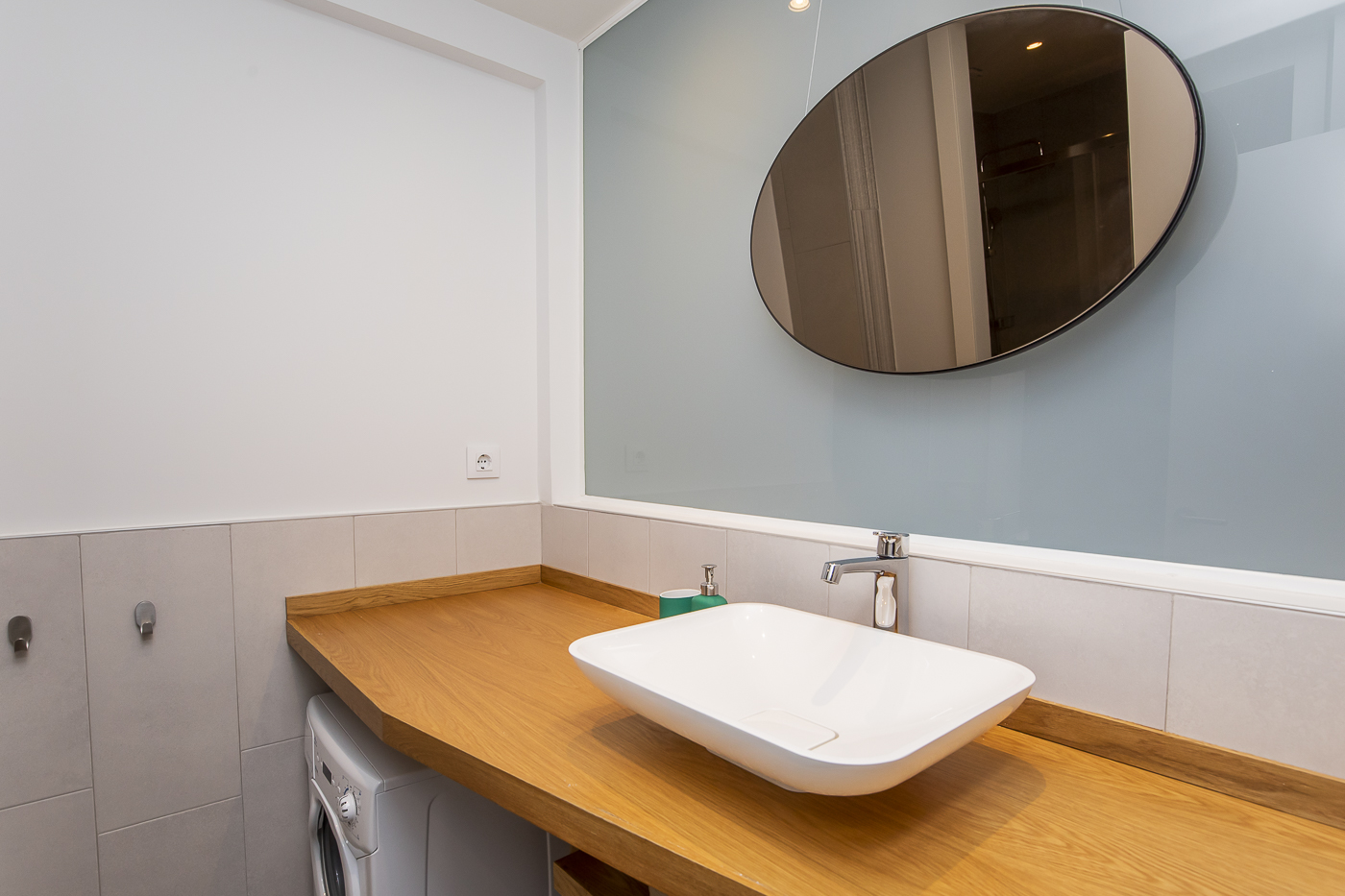 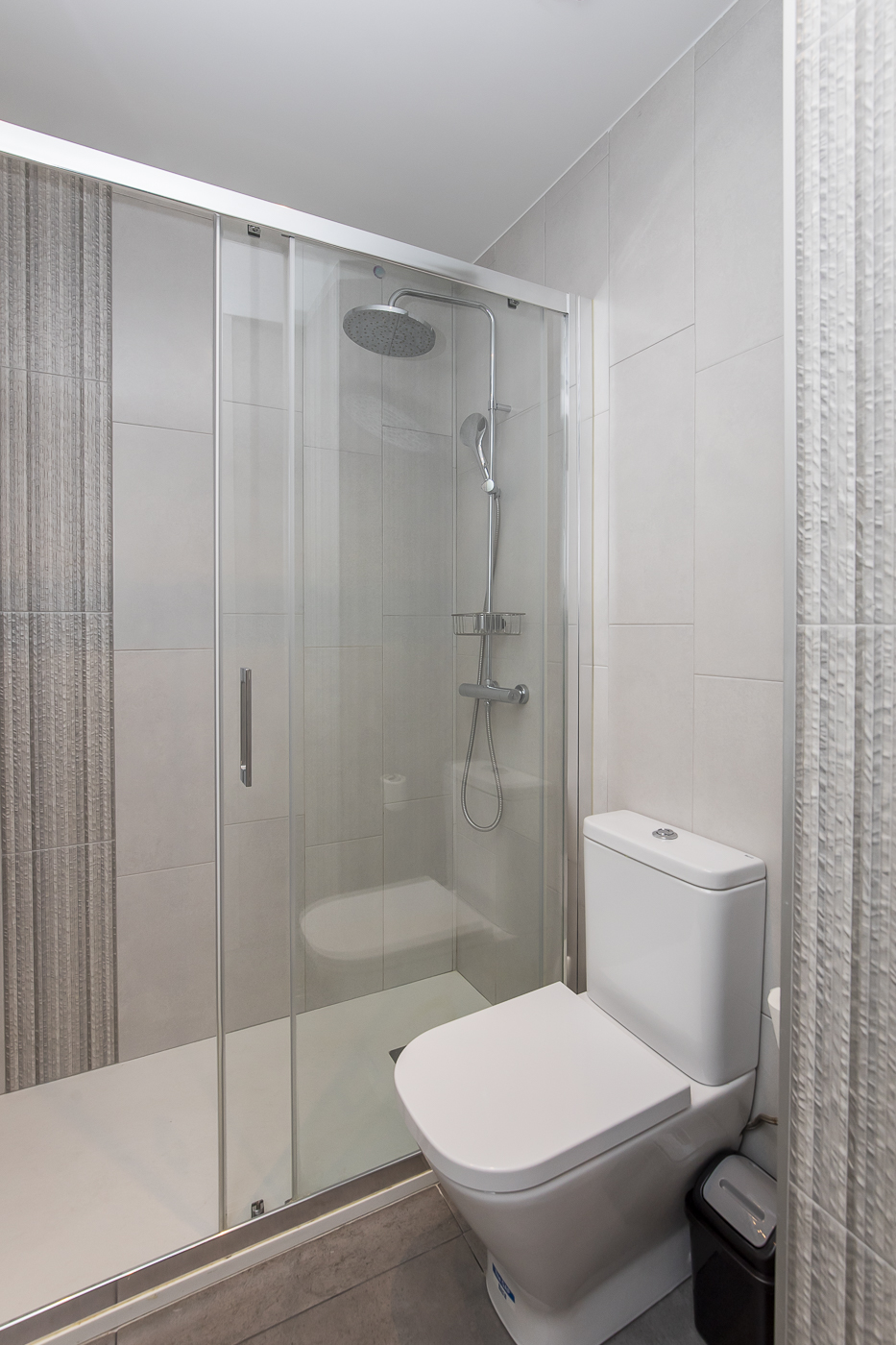 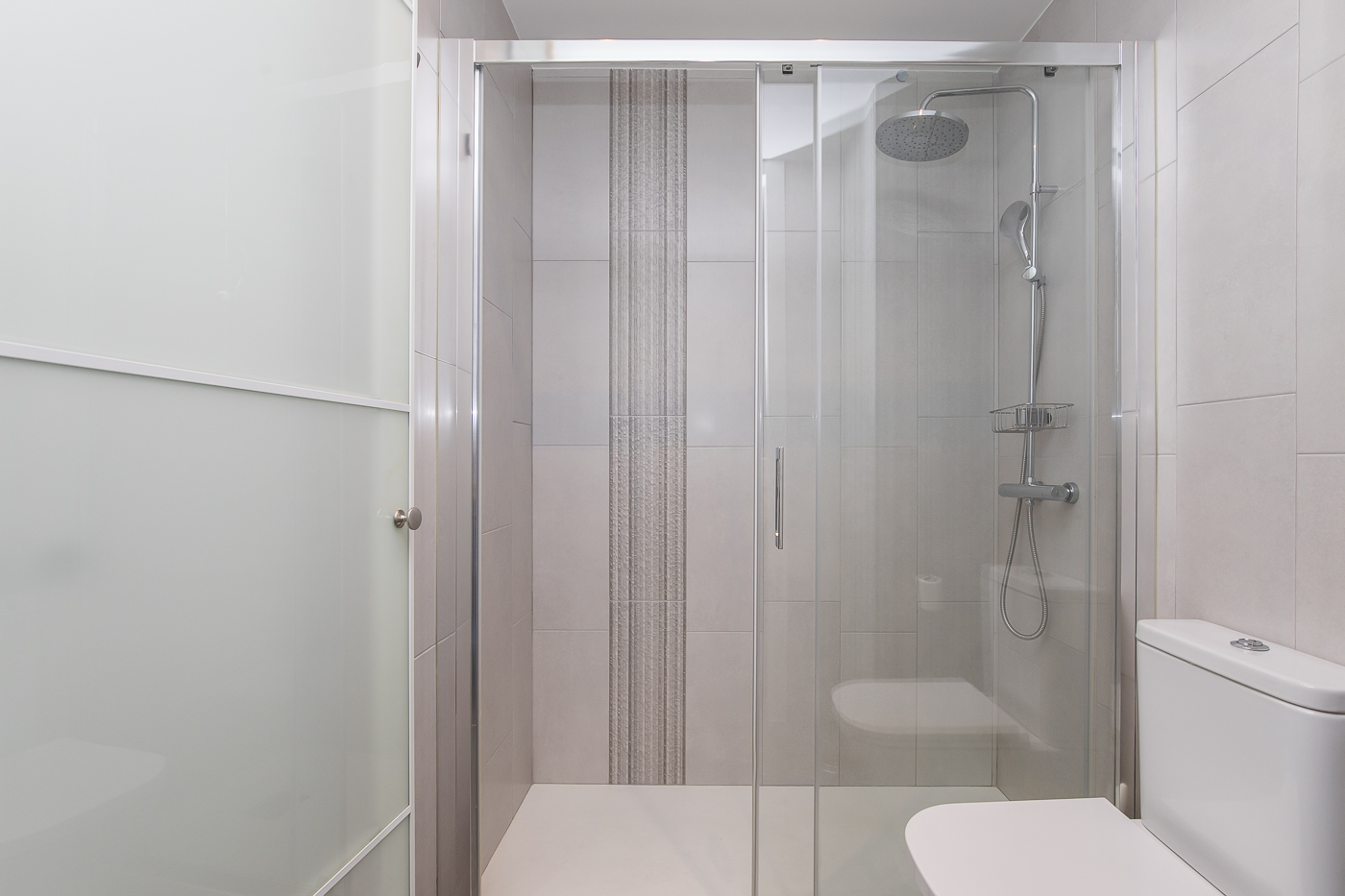 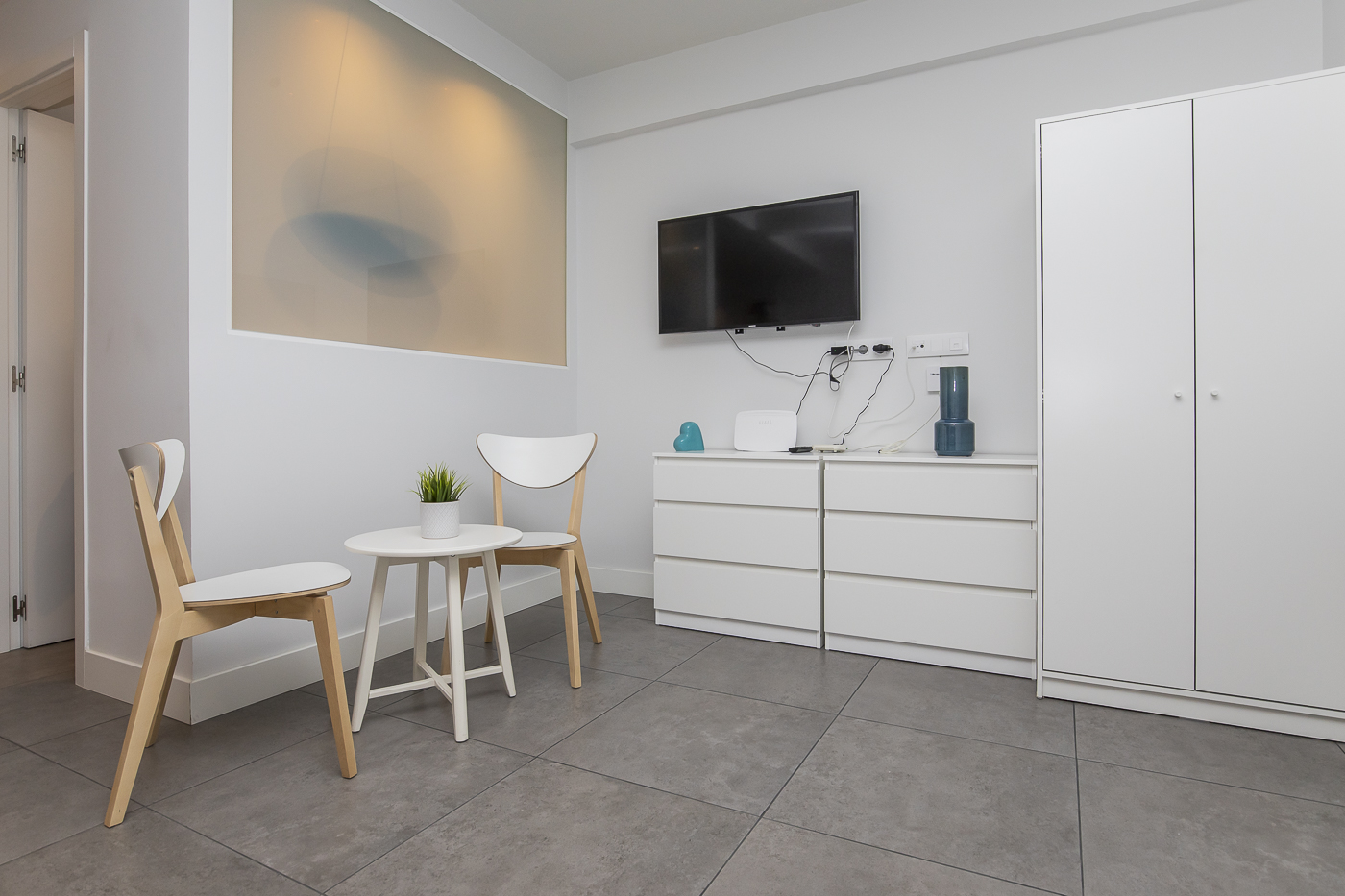 El Viso is a neighbourhood in the district of Chamartín, located in the north-eastern part of the city of Madrid. It takes its name from the historic colony built in the period 1933-1936 by the architect Rafael Bergamín Gutiérrez (Generation of ’25). The colony is an example of Madrid rationalism. It is made up of two-storey single-family houses, many of which were inhabited by intellectuals of the time, combined with low-rise buildings in urbanisations with consolidated gardens, built later, in the 1960s and 1970s, such as the building that houses this flat. It is undoubtedly one of the most coveted areas of the capital.

The property has a south-west orientation and is particularly bright.

Opportunity to acquire a perfect flat as a profitable asset, in single format and furnished, something very unusual in a very well communicated area and close to the financial centre.

It has been refurbished and decorated in detail, to make the most of a space of comfort and style, with very good qualities and new installations. Individual heating, ducted air conditioning, thermal and acoustic insulation and kitchen equipped with top of the range appliances.

The neighbourhood of El Viso is undoubtedly one of the most sought-after in Madrid. Eminently residential, it combines luxury single-family homes with residential buildings such as this one, which offer beautiful open views. Due to the high demand, it is a safe and always profitable investment, next to the financial centre of the capital.