The “grandes dames” of international design

Me in Milan, you in New York. What do Rossana Orlandi and Iris Apfel have in common? 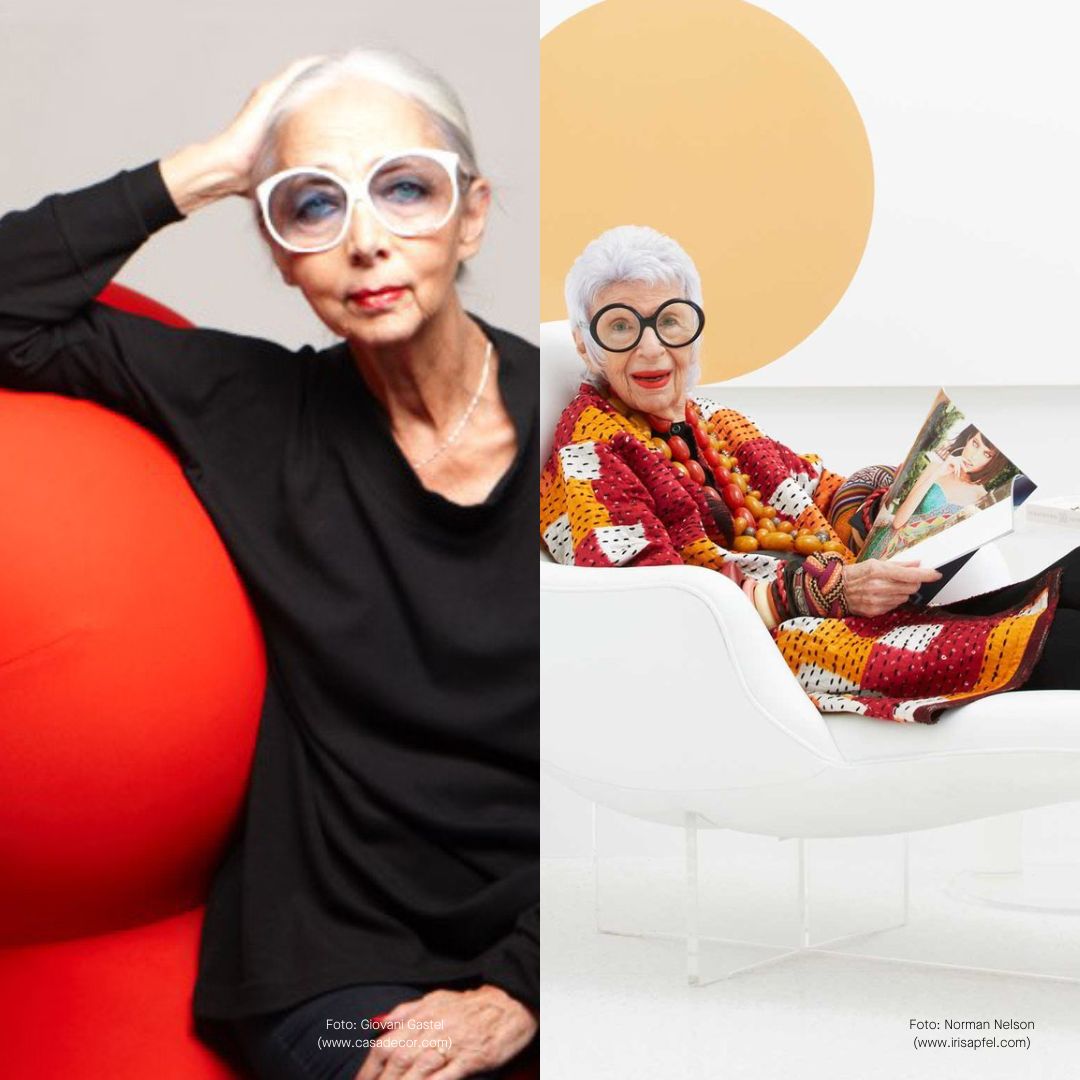 Two women who stand out for their distinctive personal style, recognisable anywhere in the world. Both are true influencers with enviable audiences on Instagram, with 216,000 followers for Rossana Orlandi and 2.4 million for Iris Apfel. Their lives are dominated by influences from the world of fashion, art, design and travel; a passion that they have managed to transform into a profession with great successes in the form of awards and collaborations with major brands.
Iris Apfel and Rossana Orlandi are true icons who create and set trends.

According to her website: “Iris Apfel, a woman who transcends time and trends, is genuine, one of the most dynamic personalities in the world of fashion, textiles and interior design”.

She co-founded with her husband, Carl Apfel, Old World Weavers, an international textile manufacturing company specialising in the reproduction of antique fabrics, which has counted among its clientele names such as Greta Garbo, Estte Lauder and Montgomery Clift. As a restoration consultant, she was commissioned to reproduce fabrics for the White House during nine presidential administrations. Her love of travel allowed her to indulge in another of her passions: flea markets of all kinds, which inspired her work and allowed her to expand her fashion and accessories collection. In 2005, she was the first living person, not a designer, to exhibit her clothes and accessories at the Costume Institute of the Metropolitan Museum of Art. An exhibition that catapulted her to fame and a career as a supermodel, muse and collaborator for renowned brands from Citroën to Tag Heuer, as well as worldwide performances at Le Bon Marché in Paris and the Landmark Mandarin Oriental in Hong Kong. In 2015, she made her film debut thanks to acclaimed director Albert Maysles who dedicated the Emmy-nominated documentary Iris to her.
Iris Apfel, who turned 102 last August, is a reference point to be admired, and she takes life with a great sense of humour, according to these statements in Vogue magazine: “I’ve suddenly become a geriatric star. My husband and I had a good laugh about the situation. I’ve been doing this all my life and now I’m getting lots of magazines, especially European ones, writing about me, but I’m not doing anything different from what I’ve been doing for the past 70 years!“