Charming village house in the south of Menorca

Also avaialble for: Filming and Events

Between Ciudadela and Mahón lies this charming property in the south of the island and in the centre of the village of Es Migjorn Gran (formerly known as San Cristóbal). Its origins date back to 1769, created thanks to the efforts of a group of men from Ferreries led by Cristóbal Barber, after whom the original chapel around which the quiet little village was formed was named. Other personalities of the island had something to do with this peaceful village, such as the doctor Francisco Camps Mercadal, a notable historian and folklorist, a patient researcher of the customs, stories and songs of the peasant sector, who was born and practised his profession there.

The municipality of Es Migjorn Gran is the region of all the Balearic Islands richest in megalithic monuments, with a density of 5 prehistoric remains per square kilometre; as its parish priest wrote graphically at the beginning of the last century, “the whole municipality is a talayot”. Among the main remains of the past, the grandiose “Cova des Colom” stands out, with the proportions of a cathedral; the hypostyle hall of Binigaus and the colossal talayot of Sant Agustí Vell, whose large chamber is unique in archaeology.

The beaches of Santo Tomás and Binigaus are not to be missed and are only ten minutes away.

Lovers of natural surroundings and relaxation will greatly enjoy this uncrowded enclave. It is a quiet village that has a series of routes of great ecological value for hiking along the Cami de Cavalls, as well as a circular route of 2.8 km that circles the village to admire the typical orchards and local customs.

The property is divided into a main house for 8 people (4 double rooms and 3 bathrooms) and an independent flat for 2 people (1 double room and 1 bathroom).  It is possible to book the house independently (house or flat) or the whole property.

Total of the whole property (main house and flat): 5 double rooms and 4 bathrooms.

The property has several terraces, laundry room, inner courtyard and separate flat. It has air conditioning and internet. 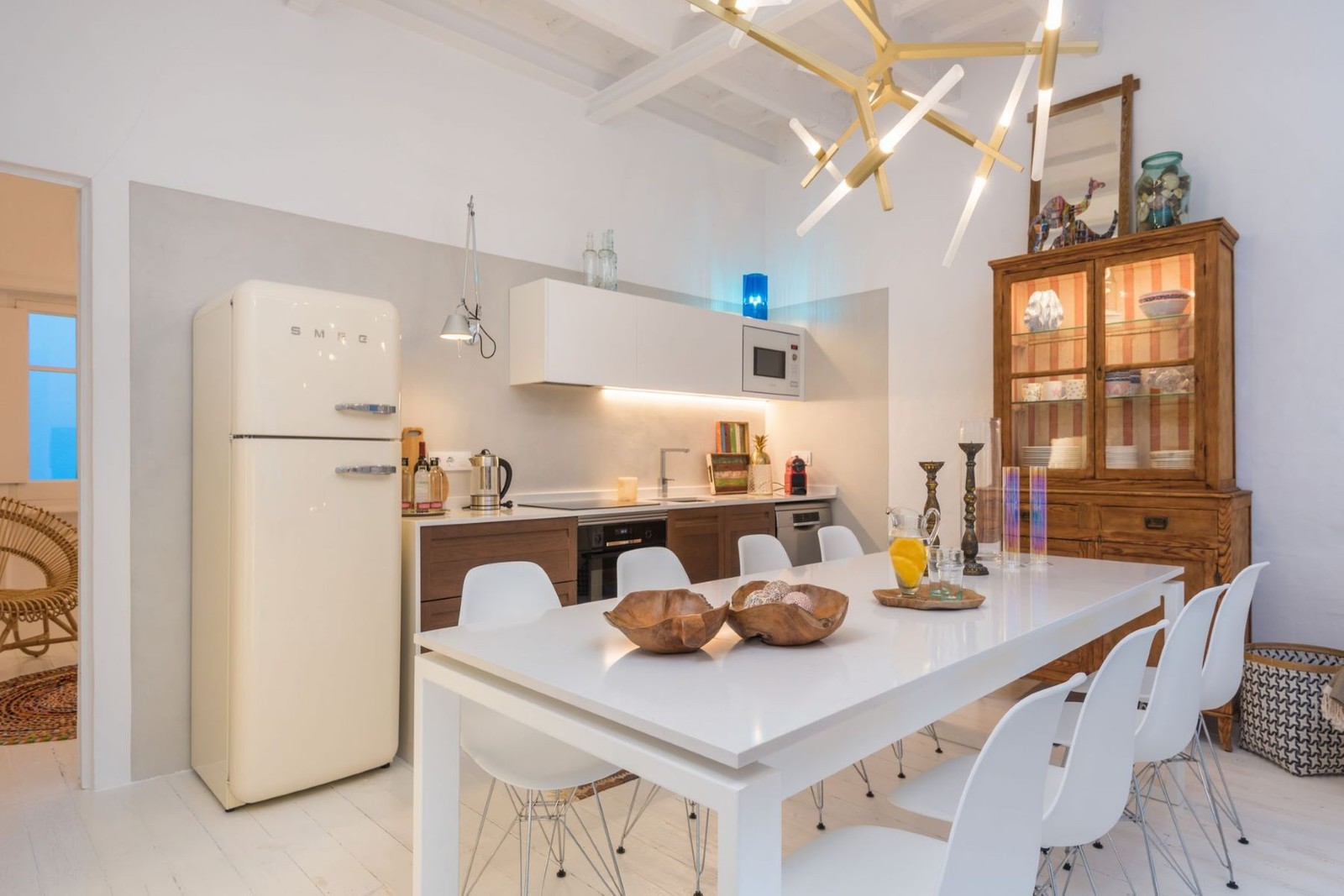 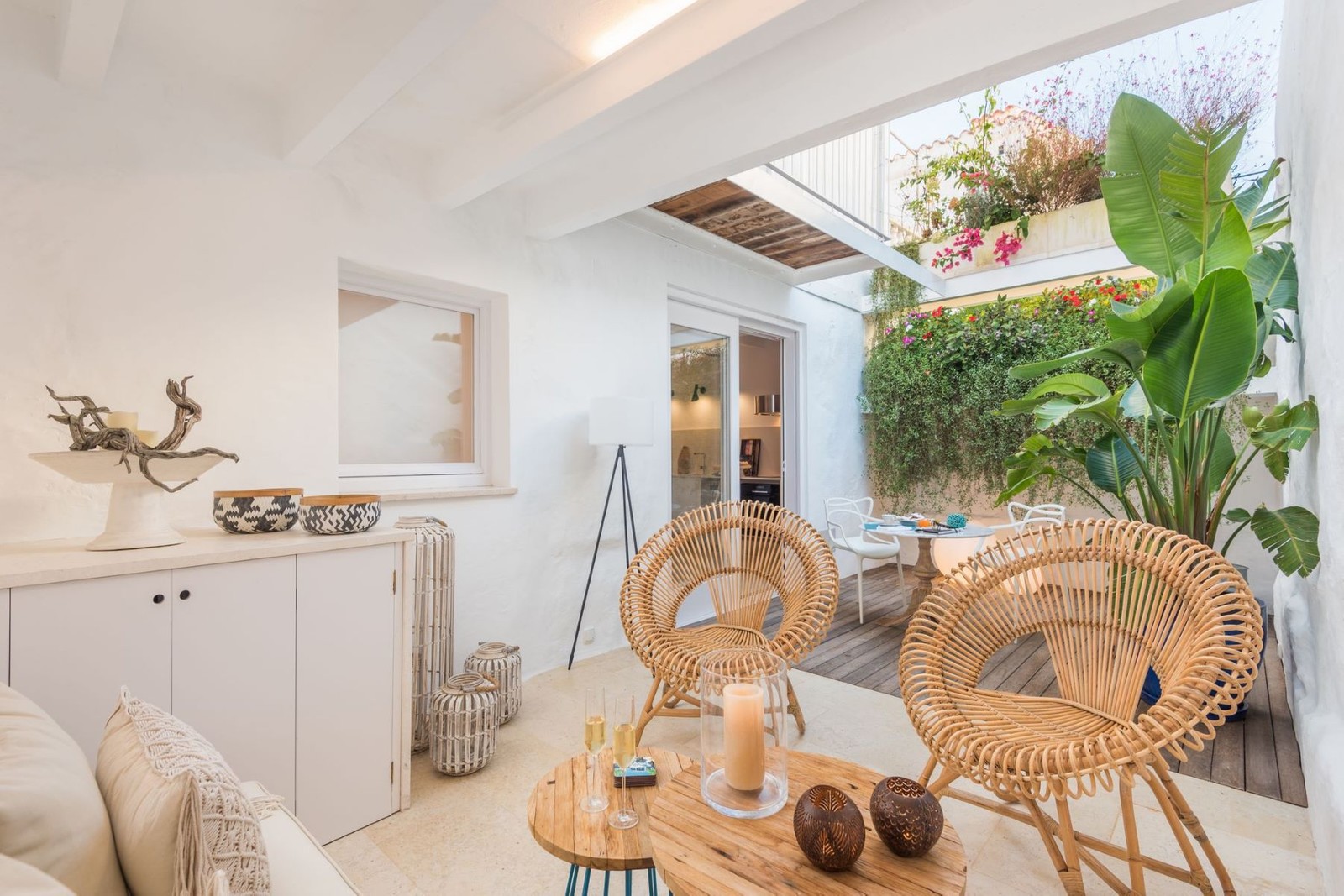 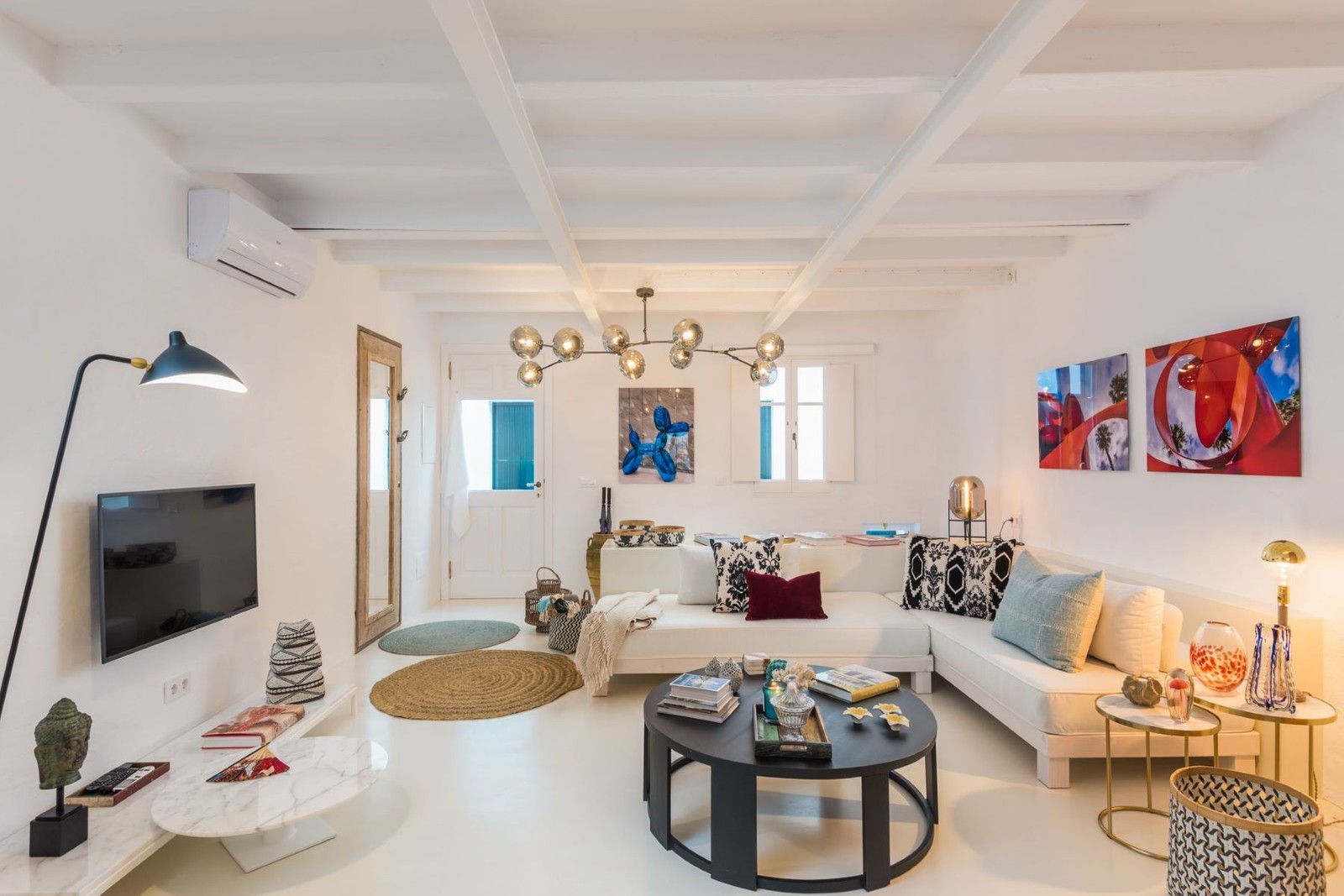 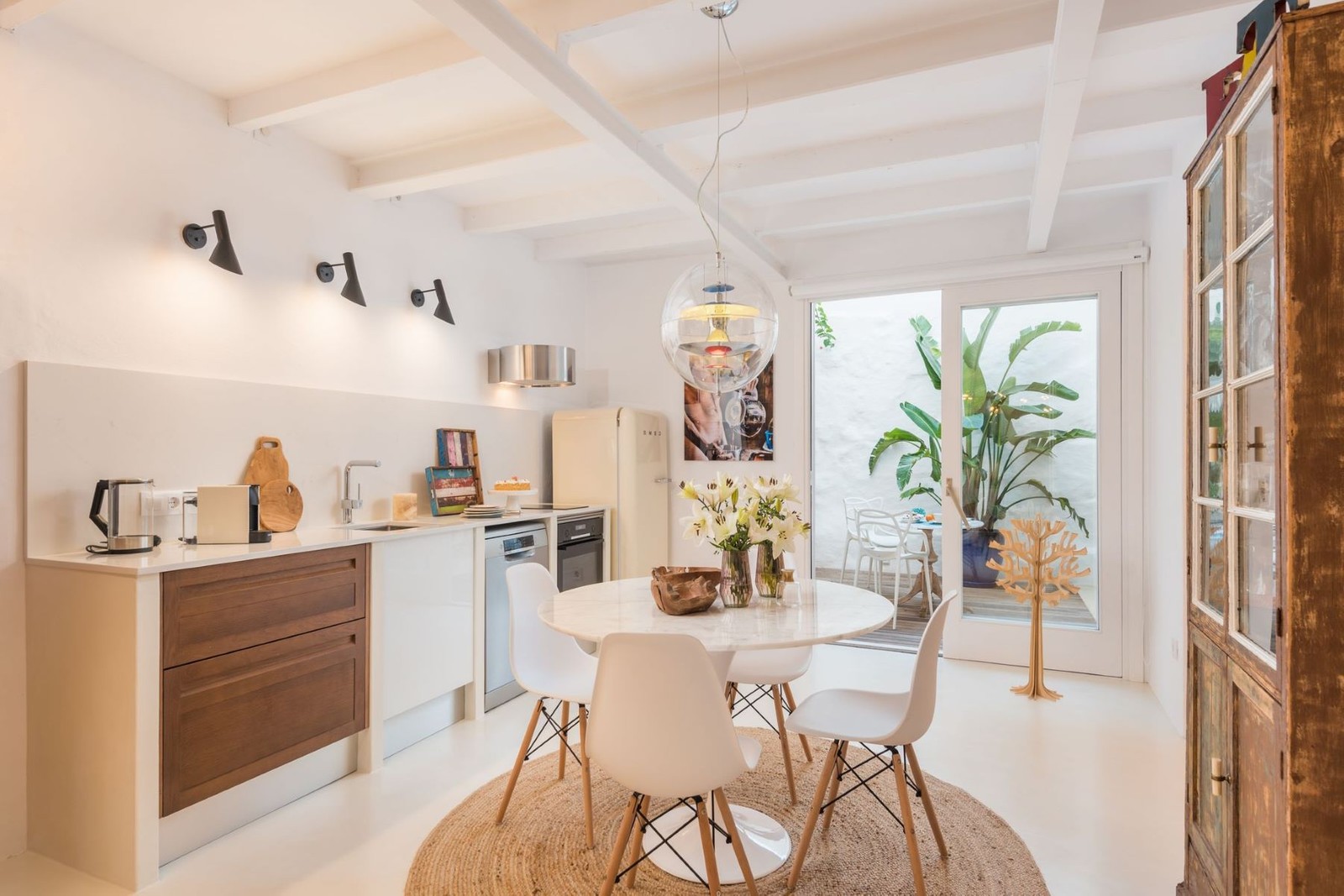 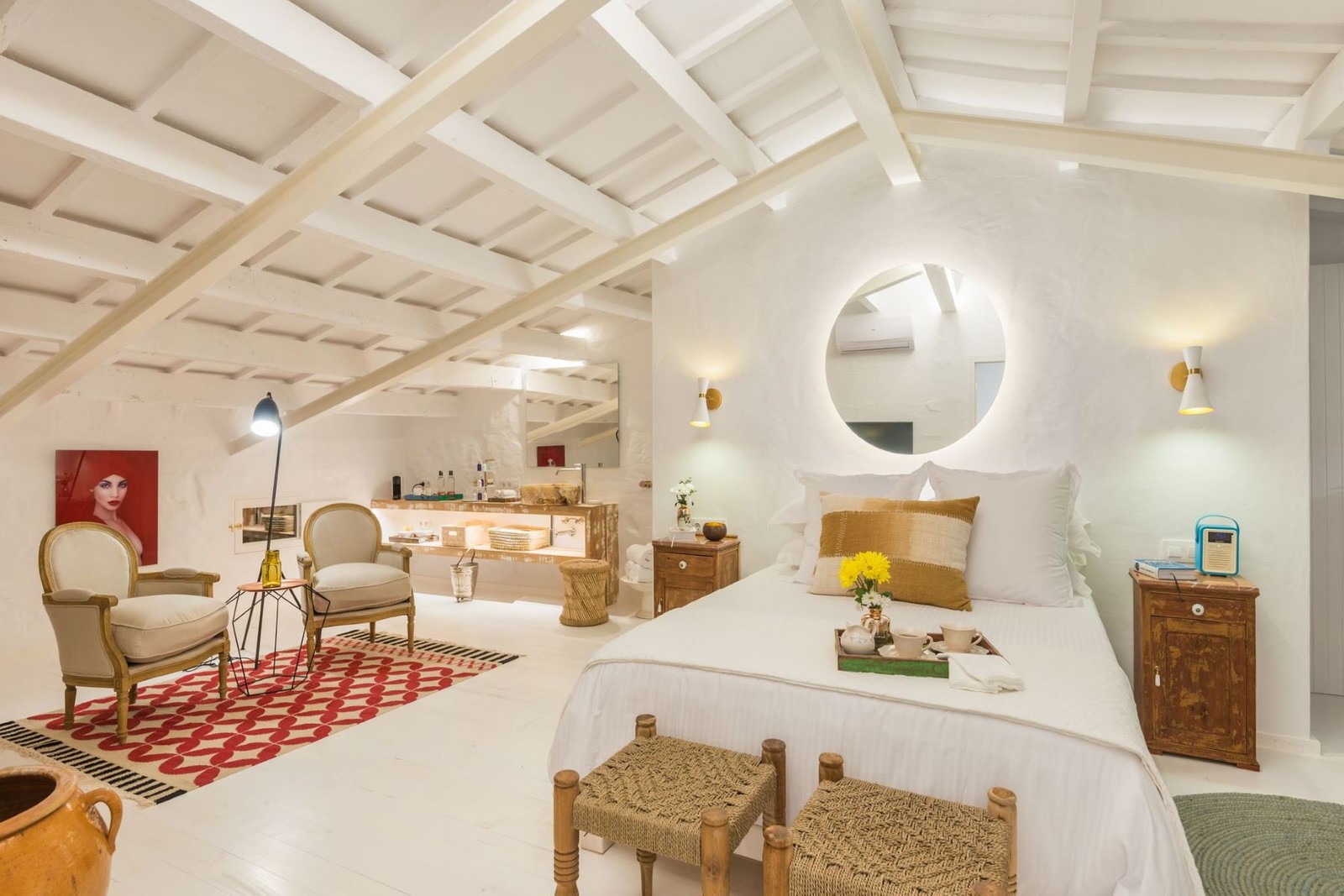 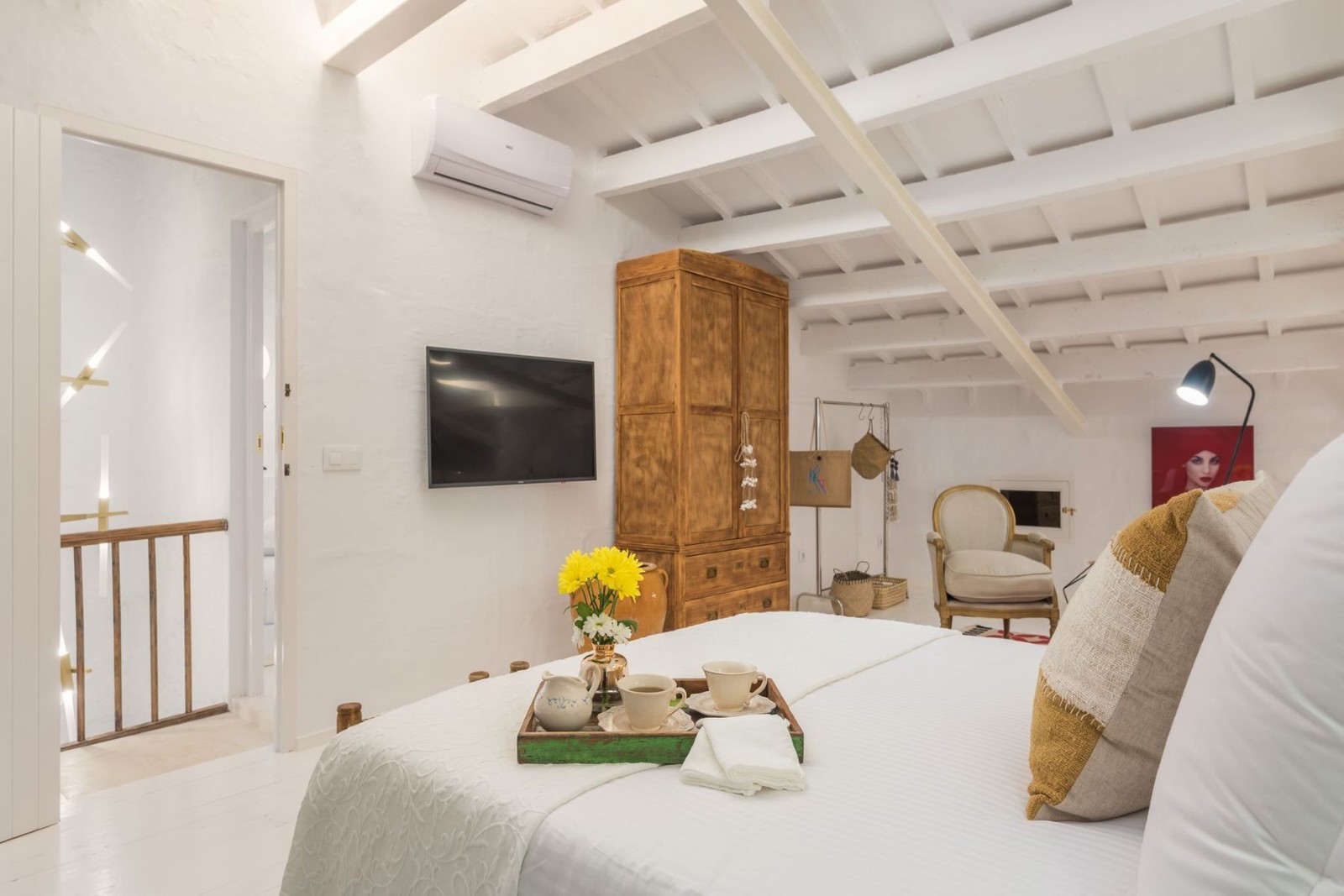 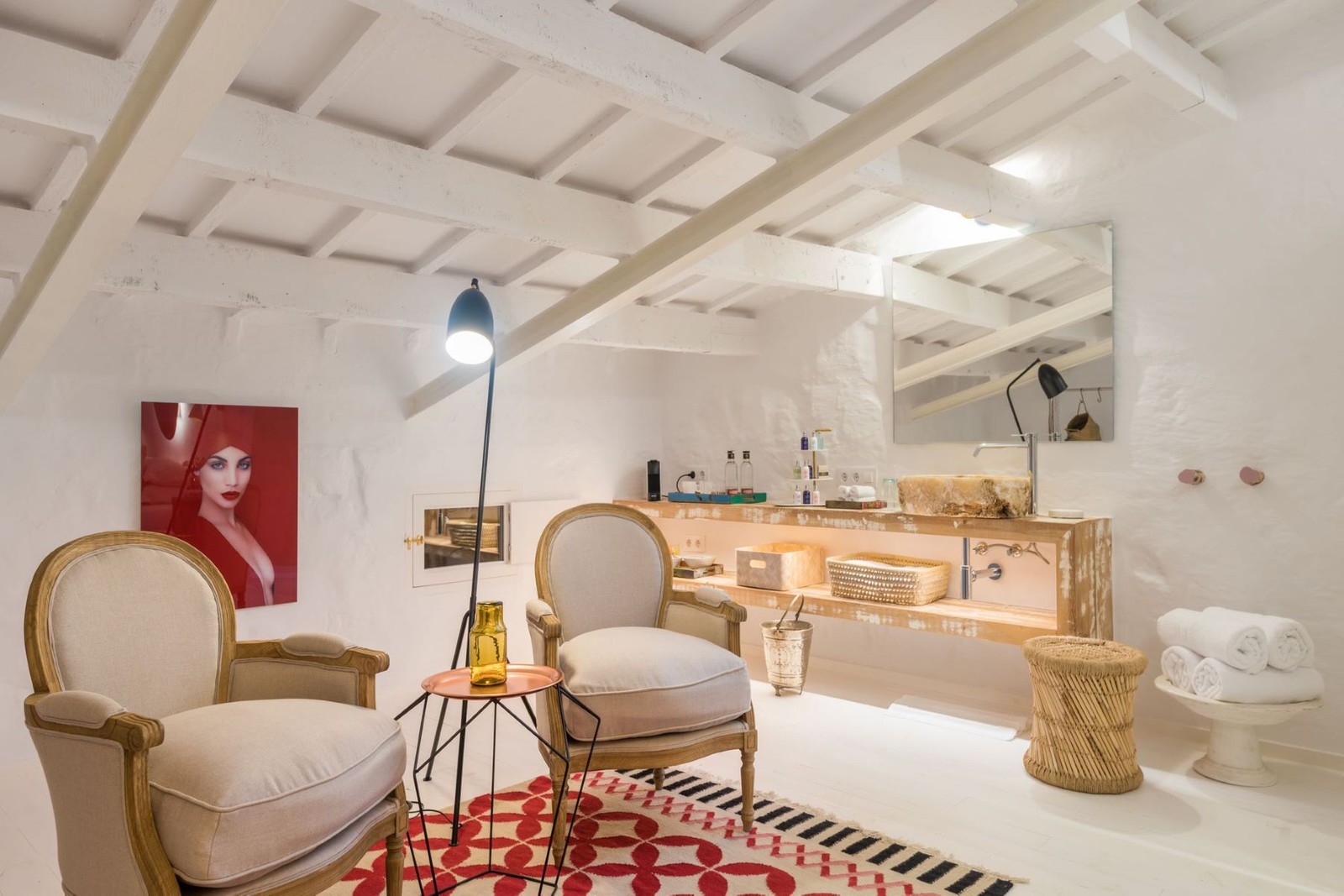 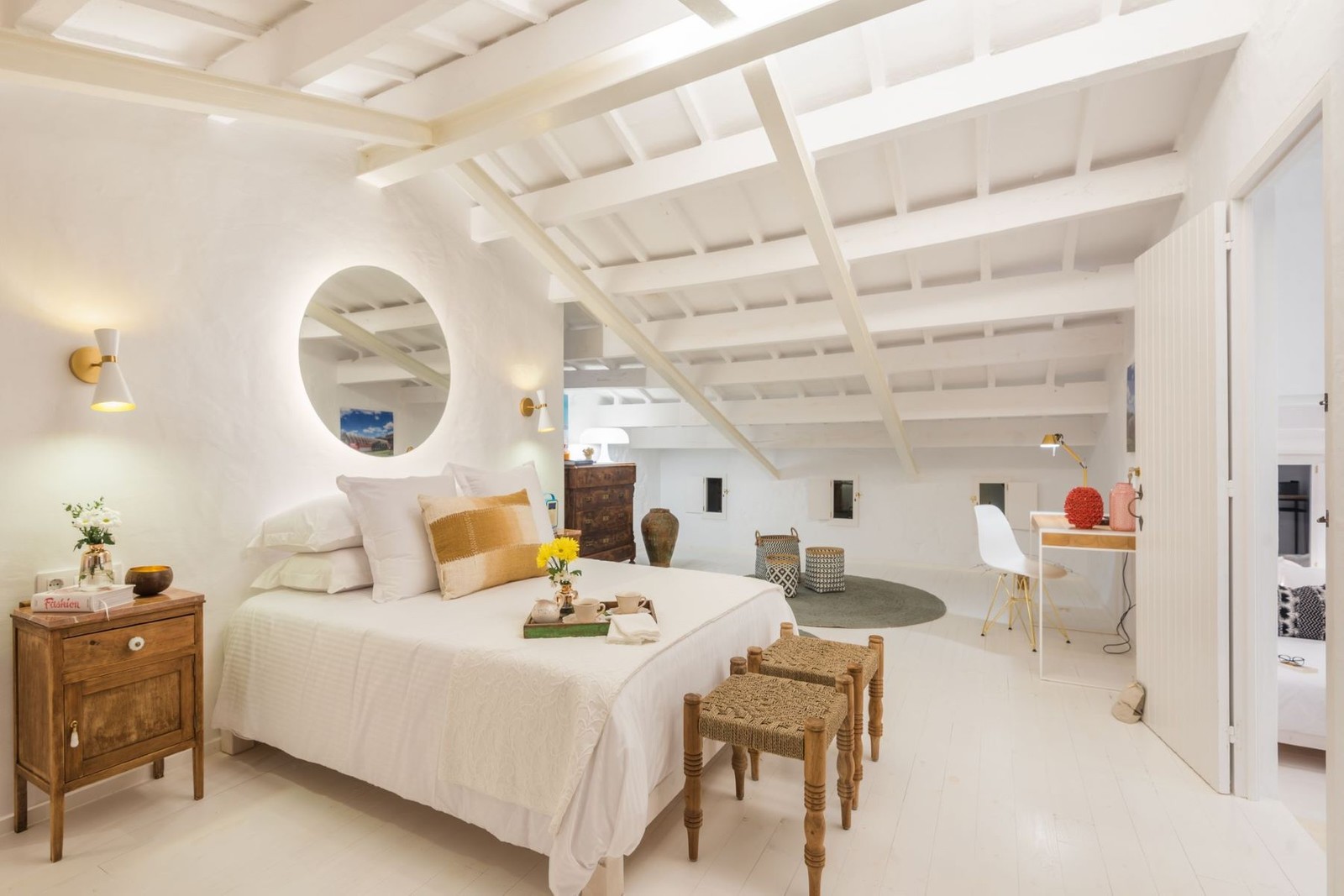 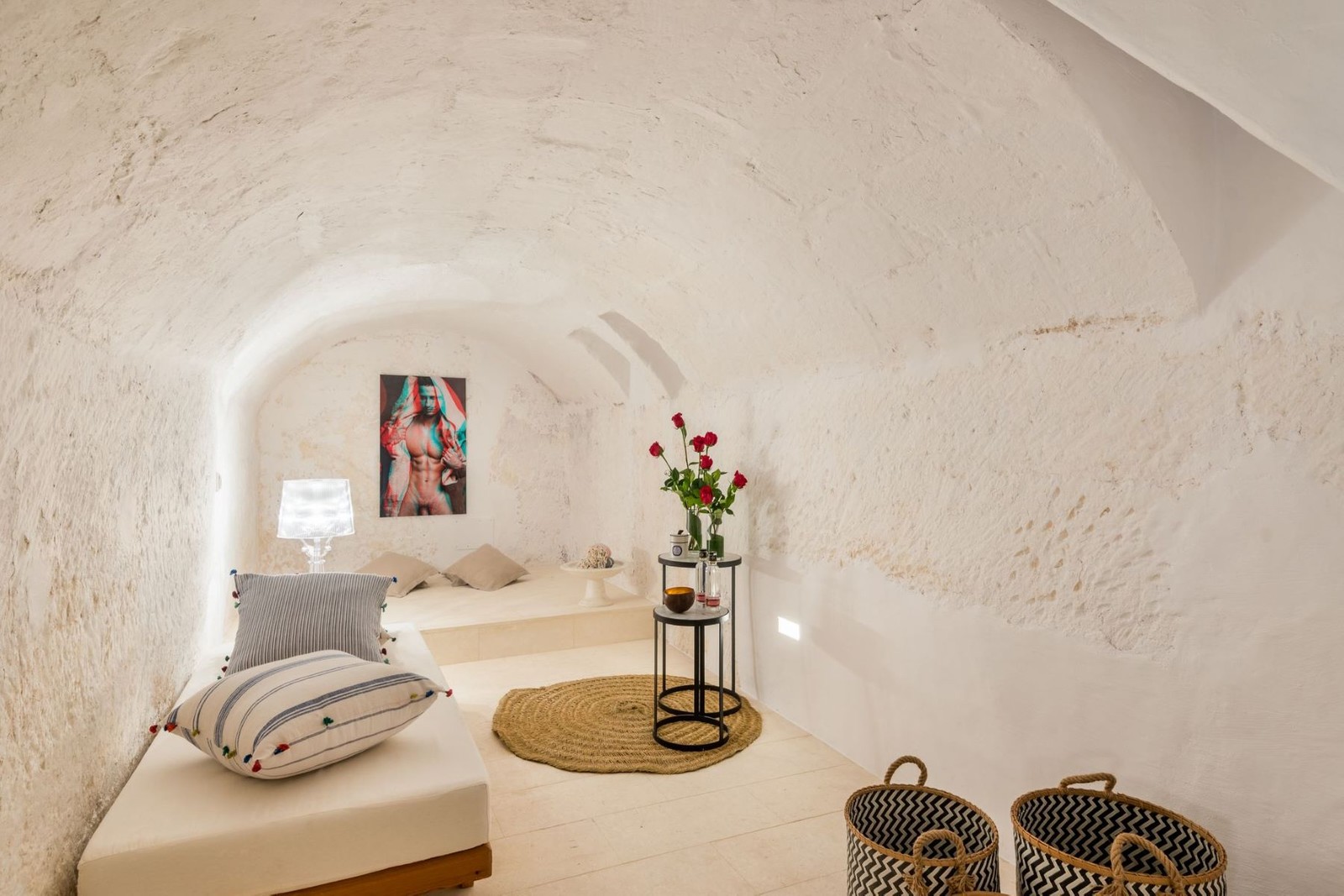 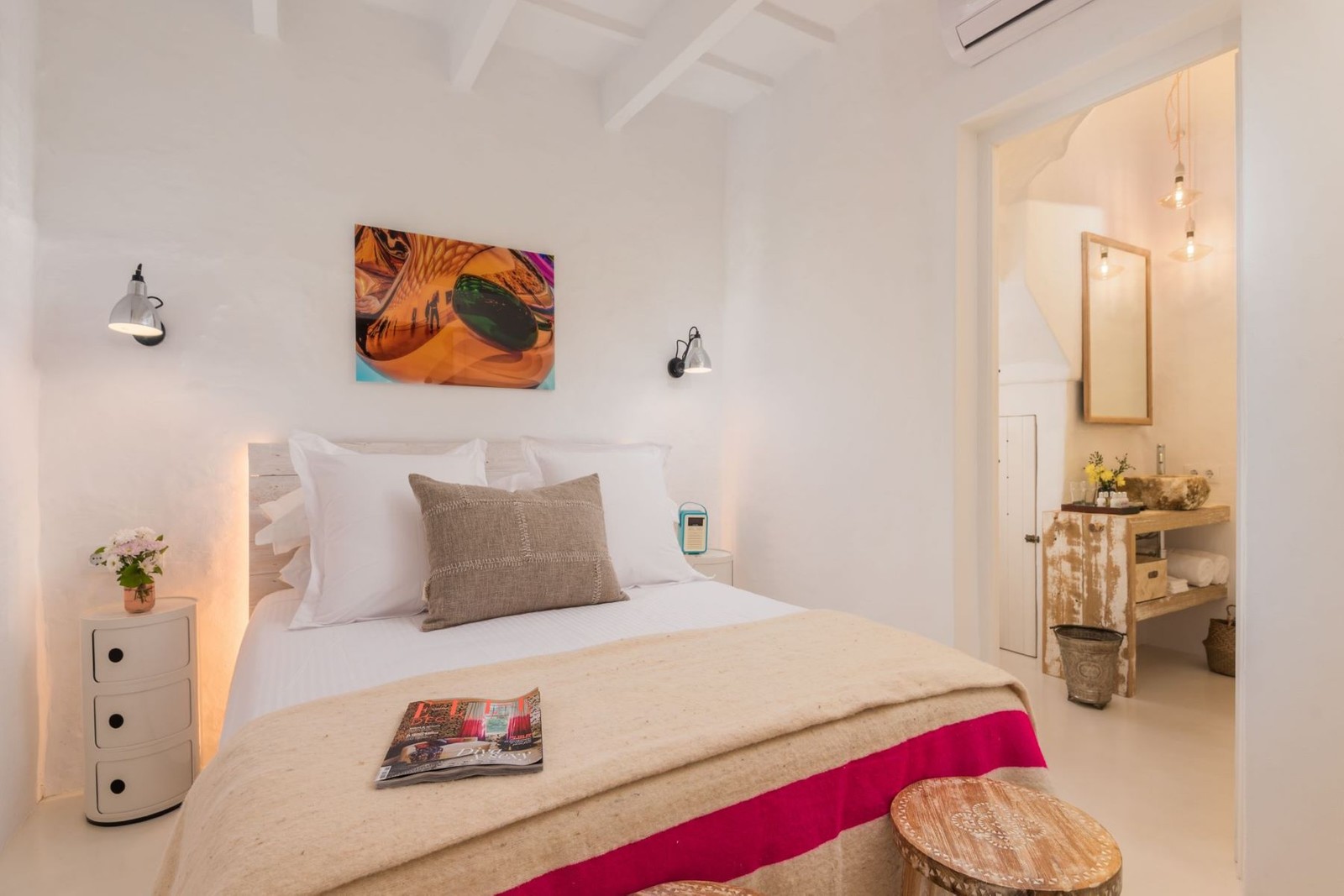 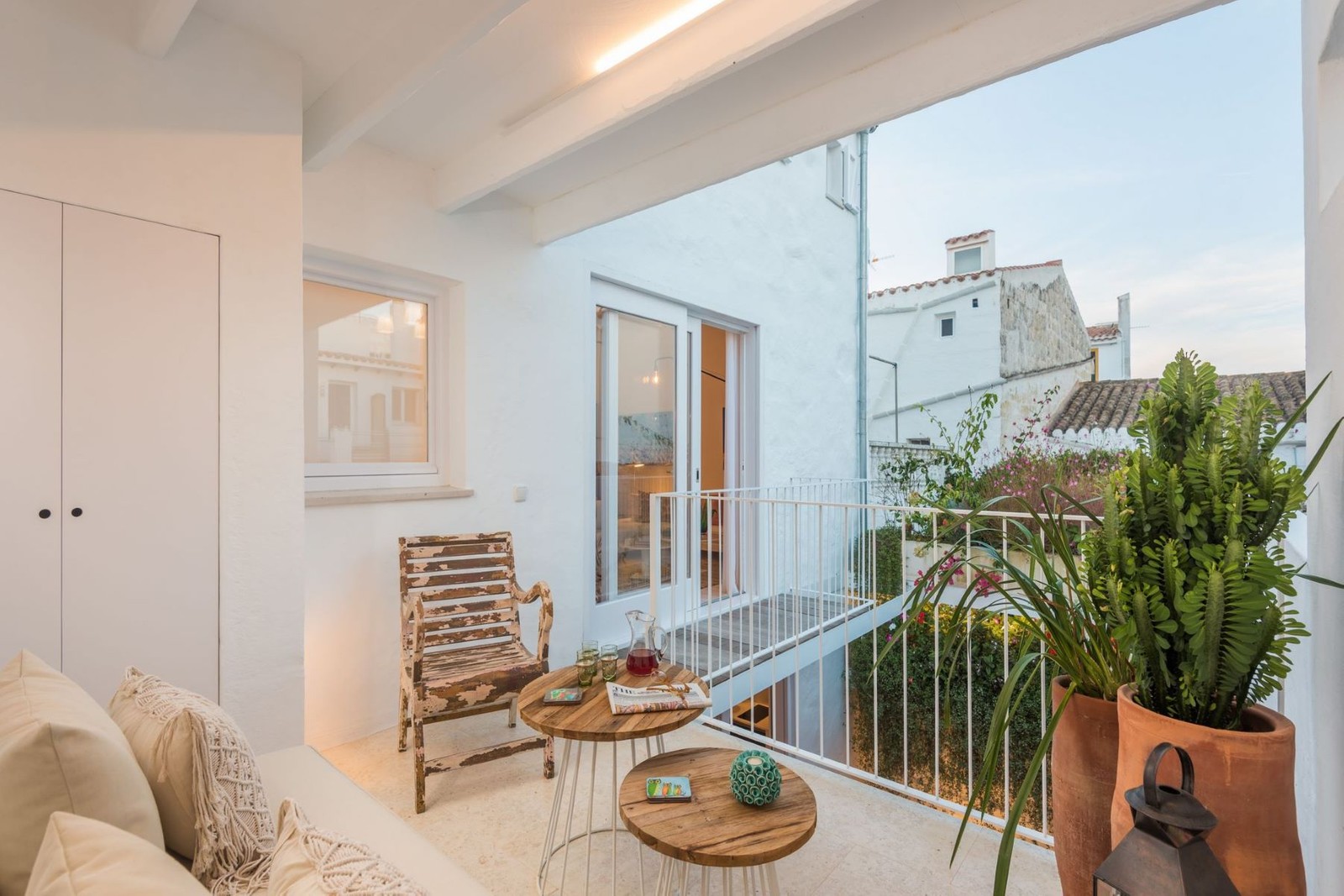 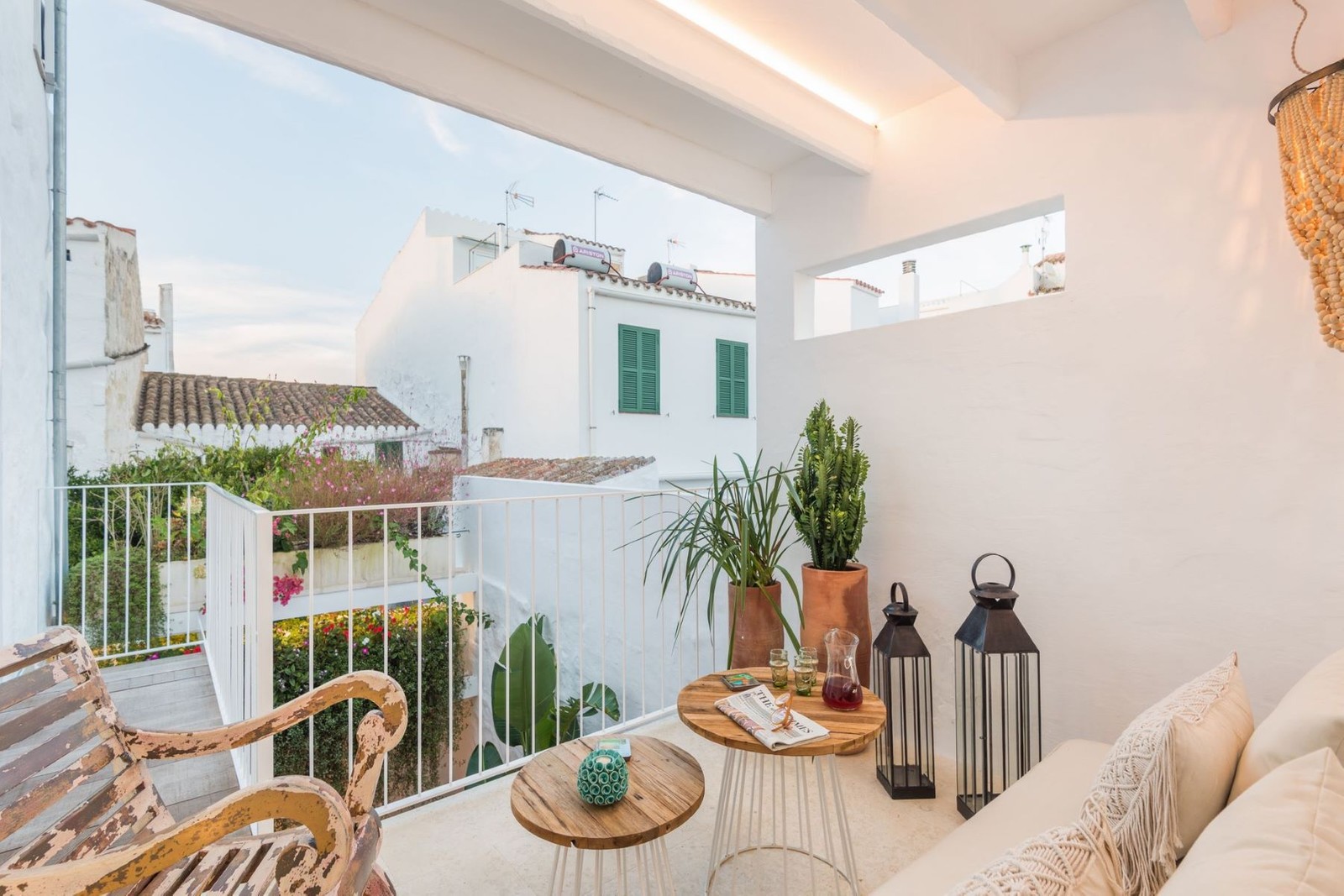 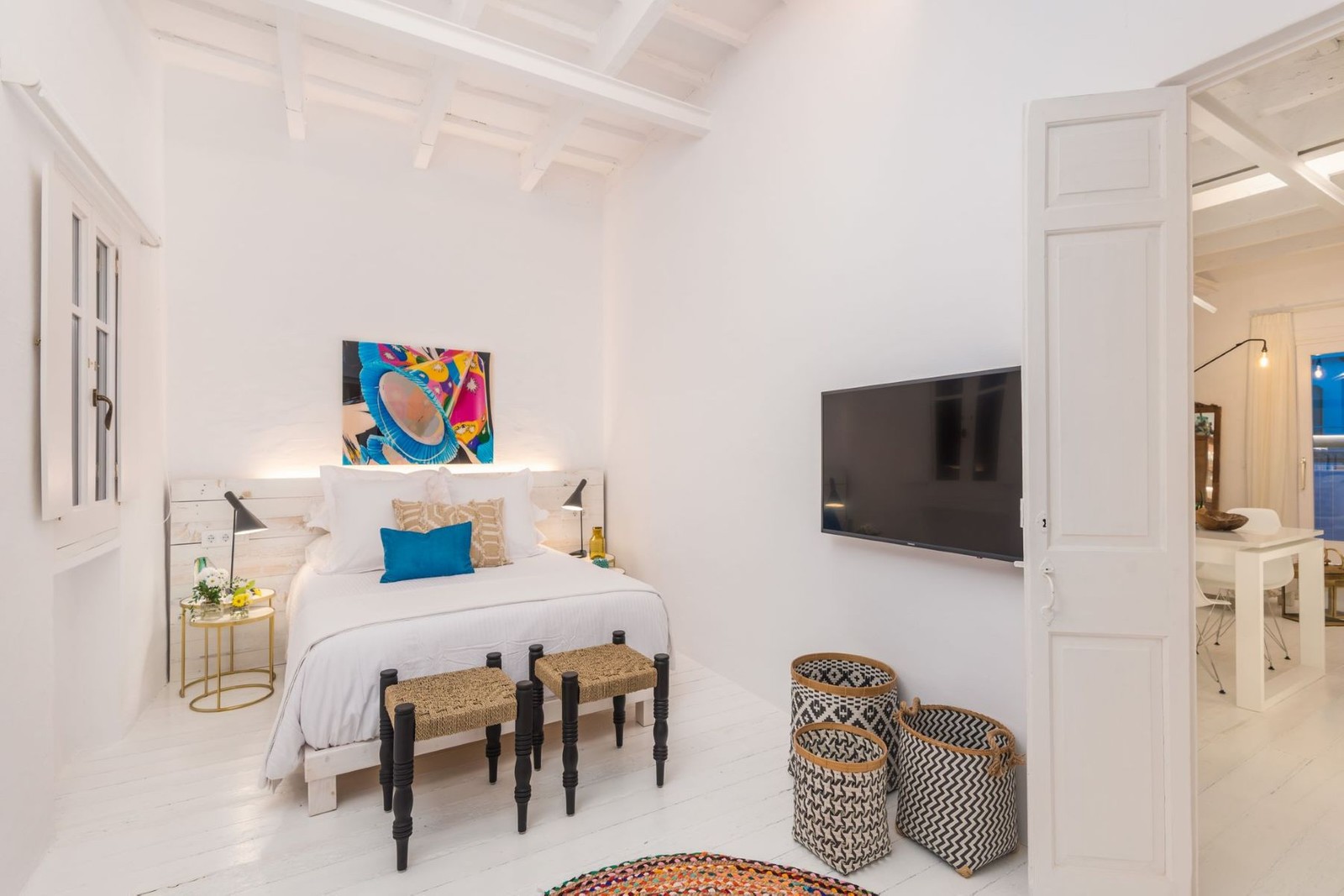 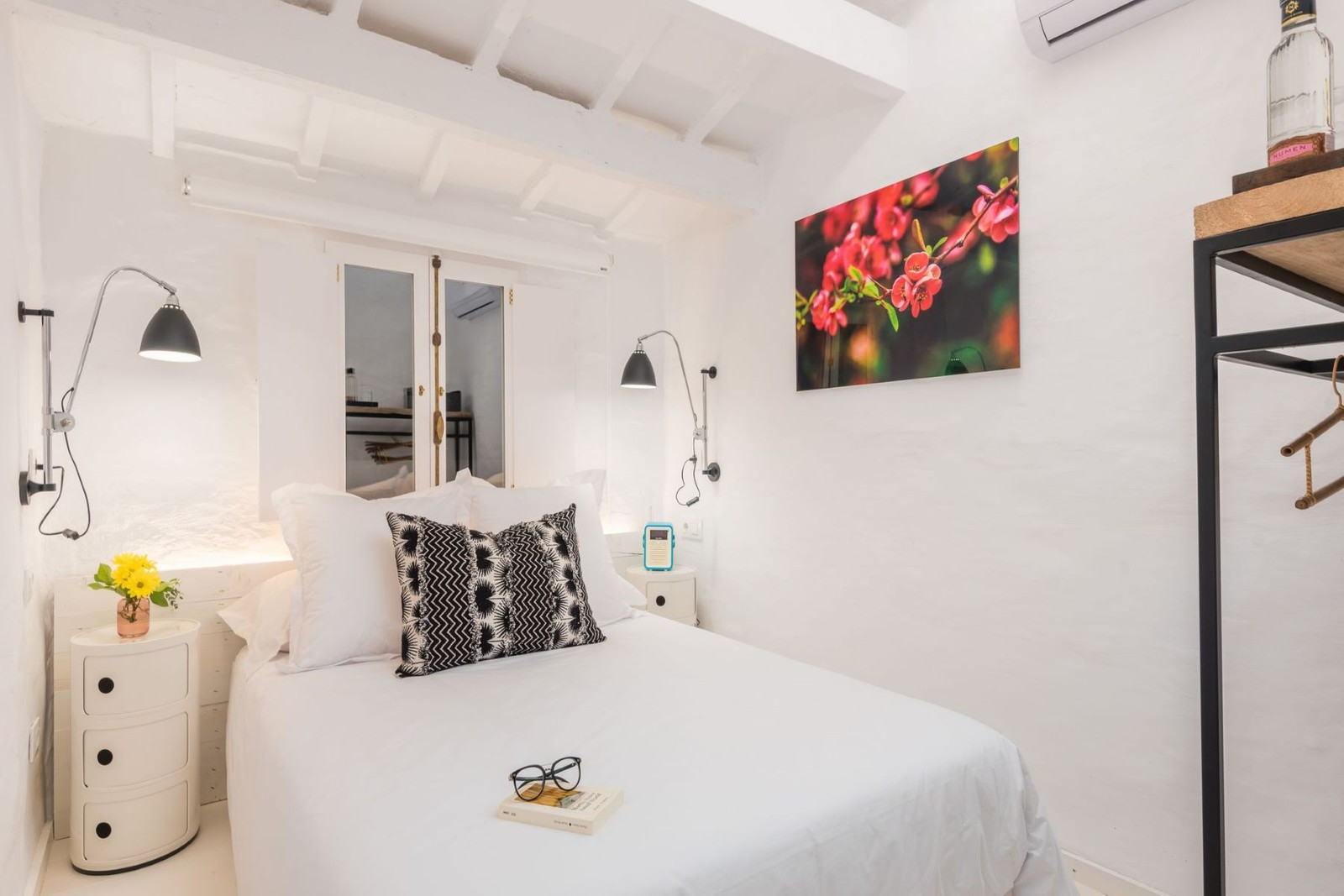 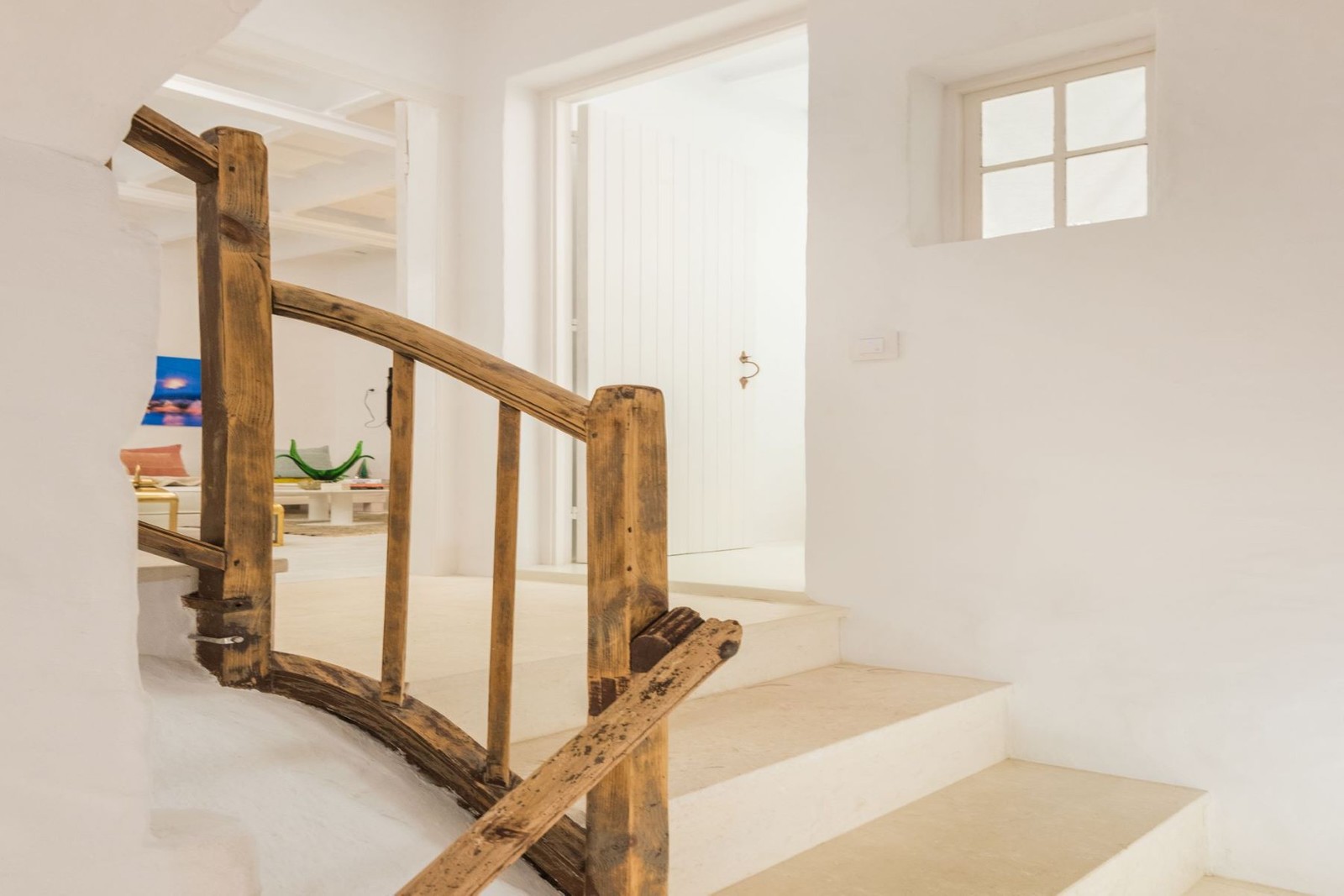