Es Pujol de s’Era is a very representative fragment of the inland landscape of the island of Formentera. 33,022 m2 of wheat and barley fields, a small forest of savin, rosemary and juniper, and dry stone walls on a practically flat topography.
The intervention seeks refuge among the existing vegetation and a fragment of dry-stone wall. It is these two guidelines that condition the dimensions, orientation and total height of a building of austere geometry that keeps parallels with the architectural tradition of Formentera.
A traditional dry stone wall establishes the alignment guidelines in the territory and becomes part of the northern elevation of the building, transposing it into the landscape. An old cistern chapel determines the longitudinal axis of the intervention, a reference point that is the object of constant dialogue-tension from the outside as well as from the inside.
An architecture that seeks contextuality through its relationship with its surroundings, moving away from mimicry. 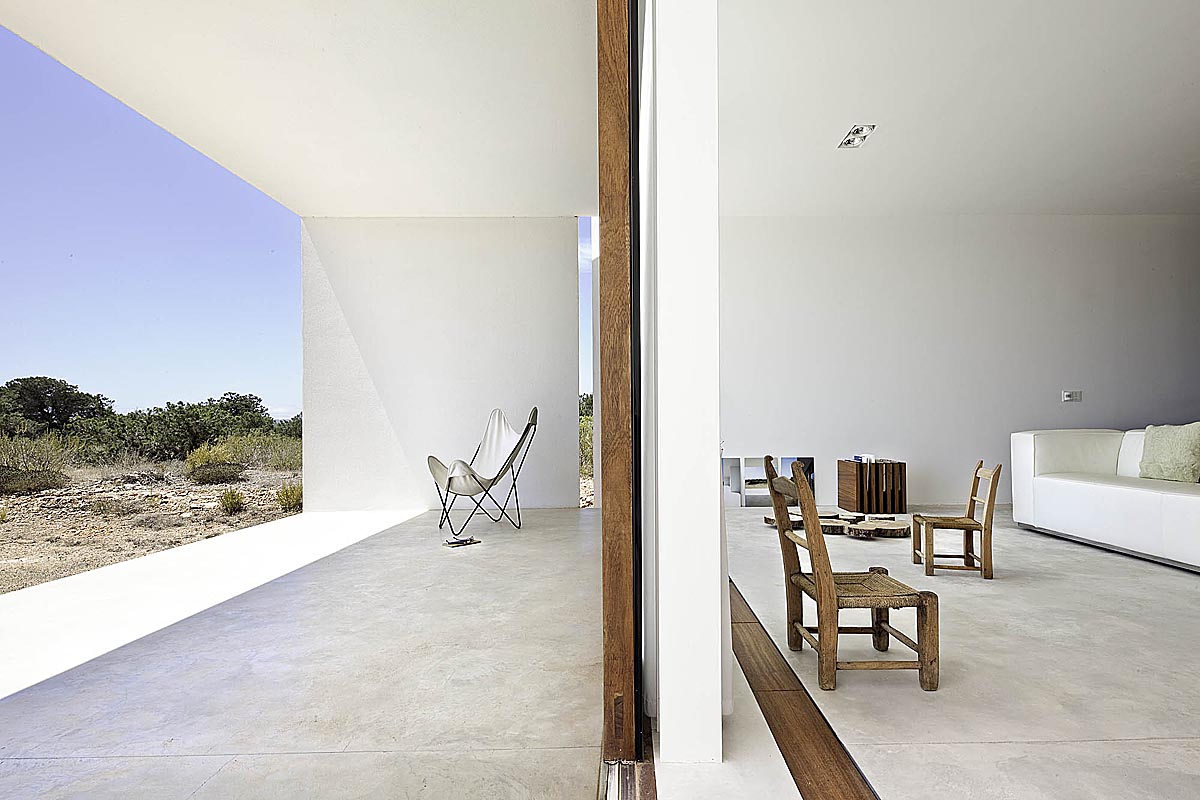 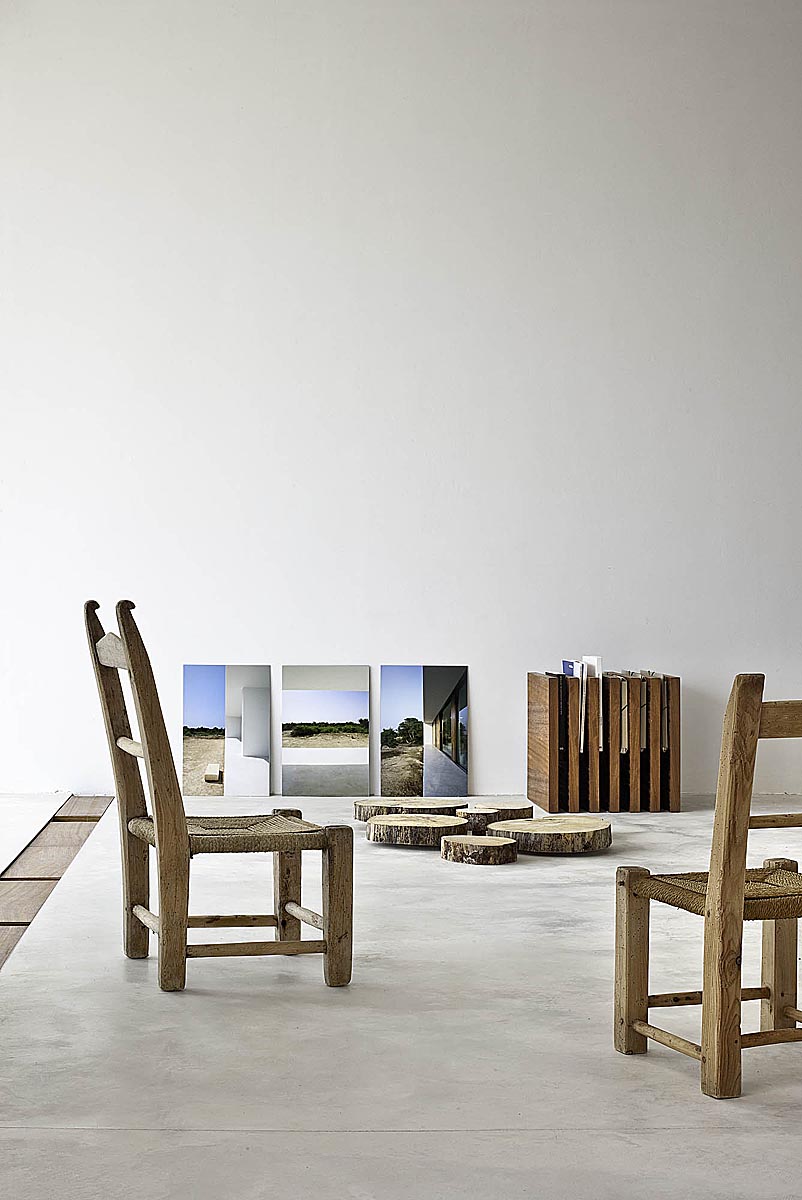 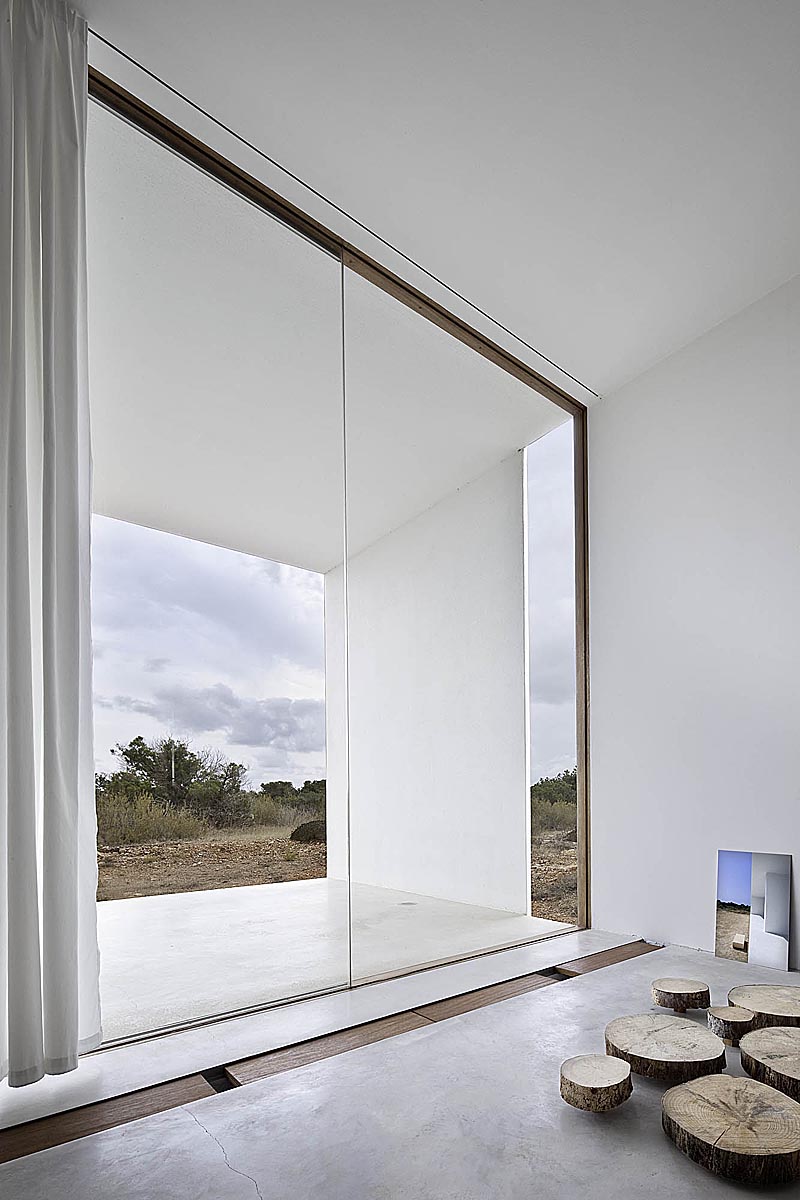 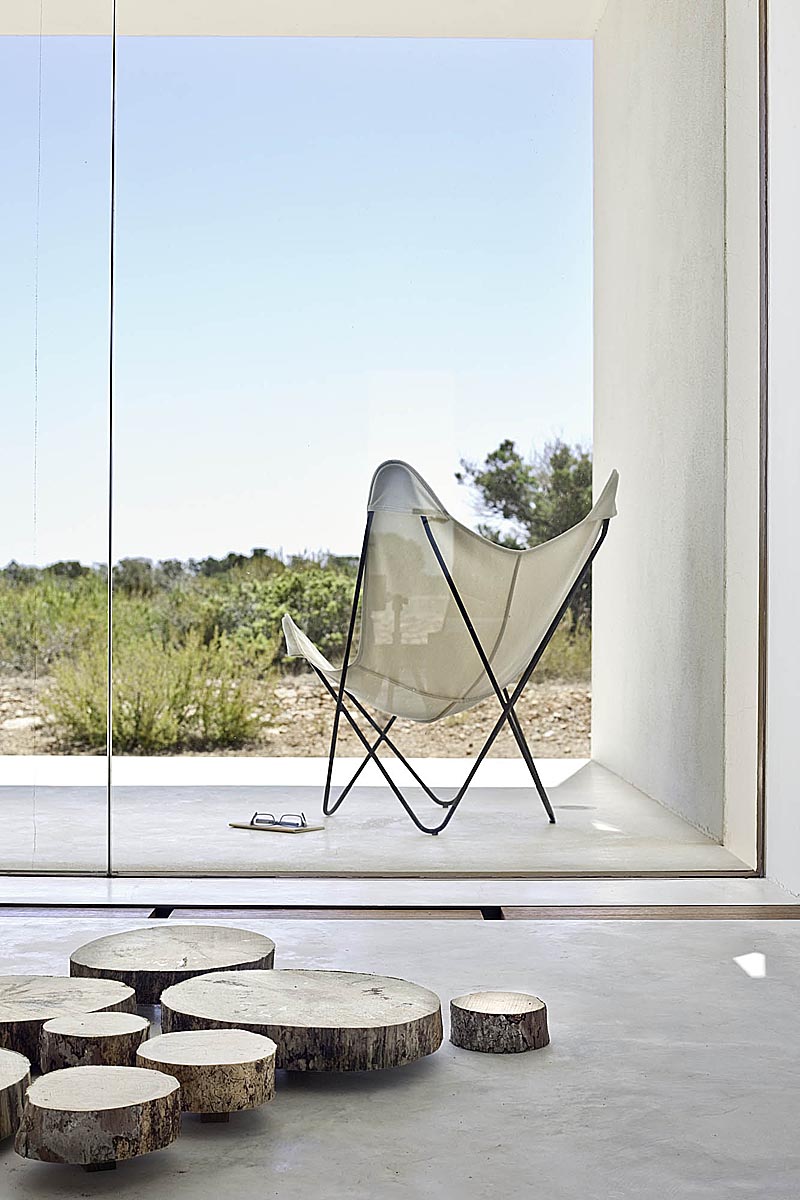 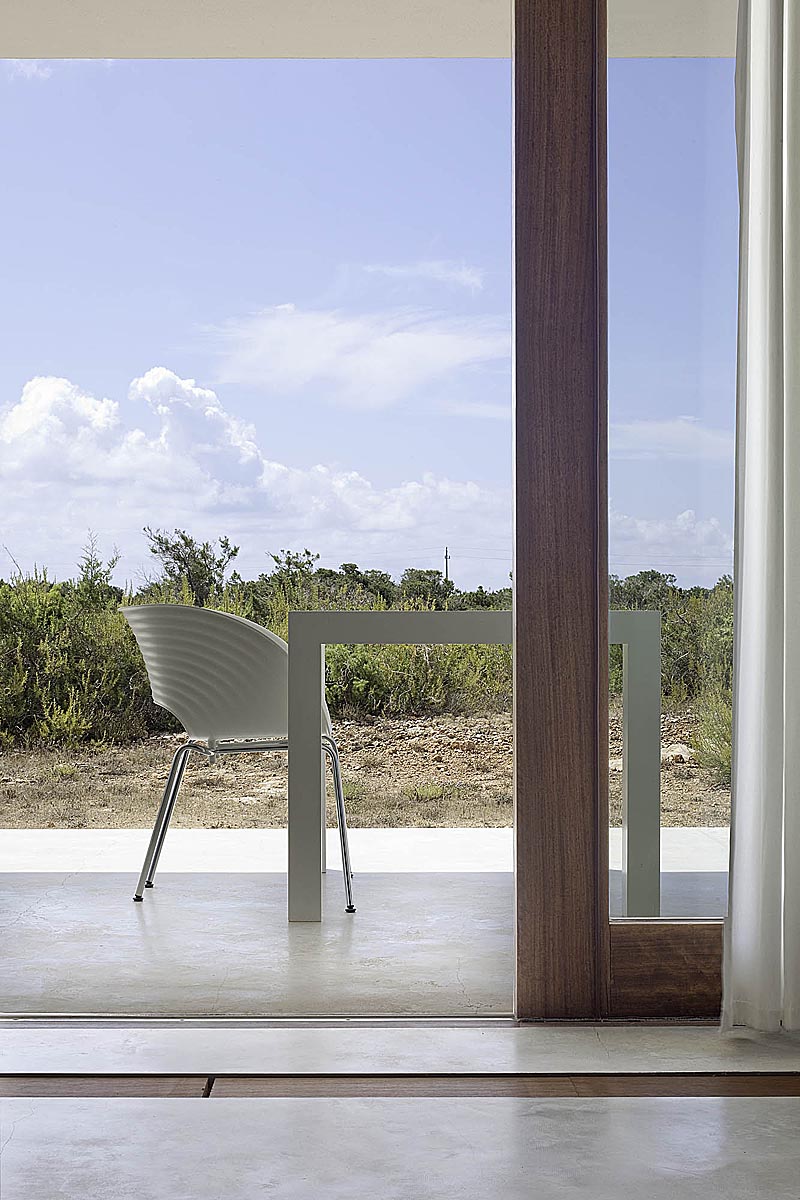 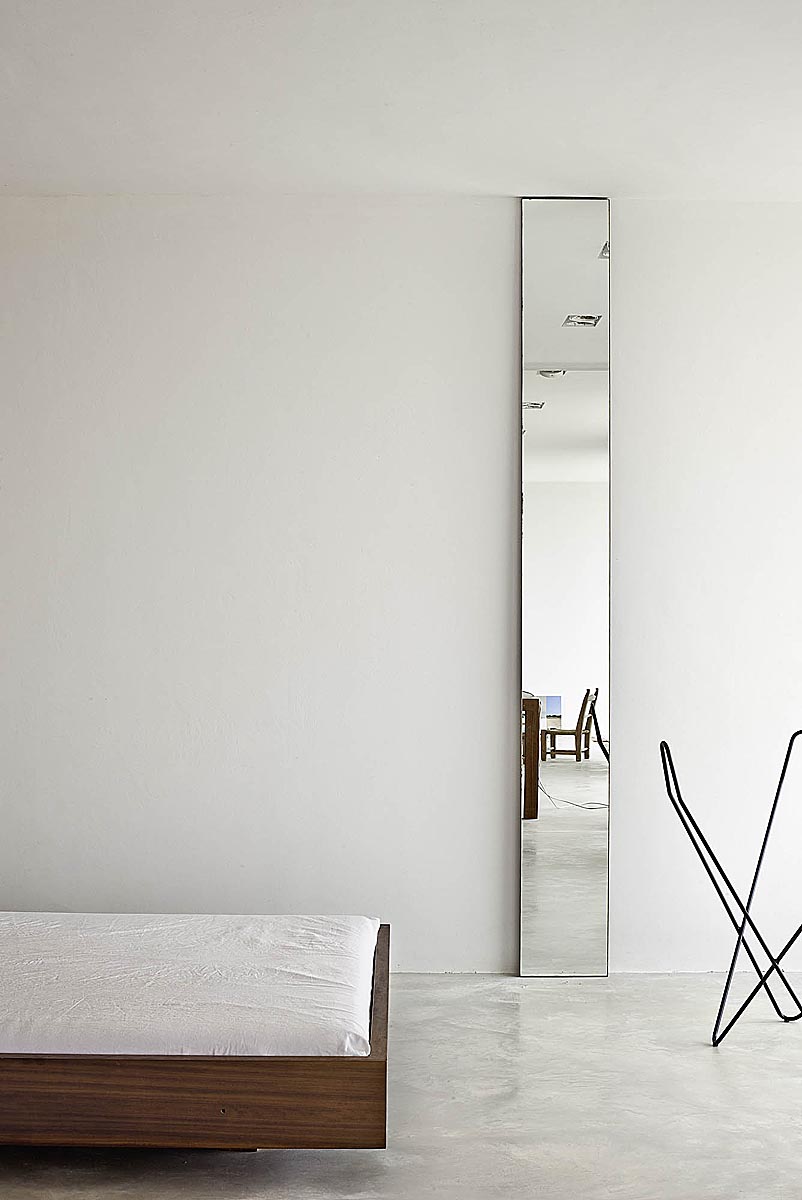 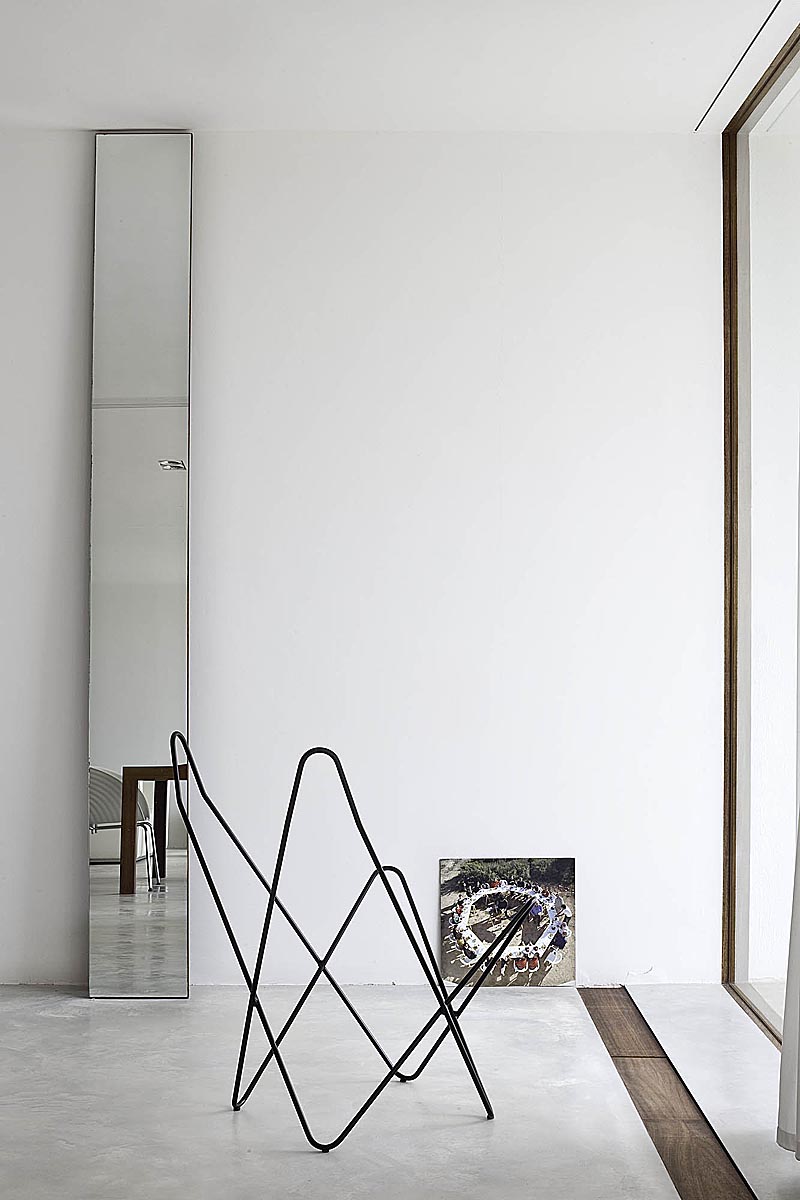 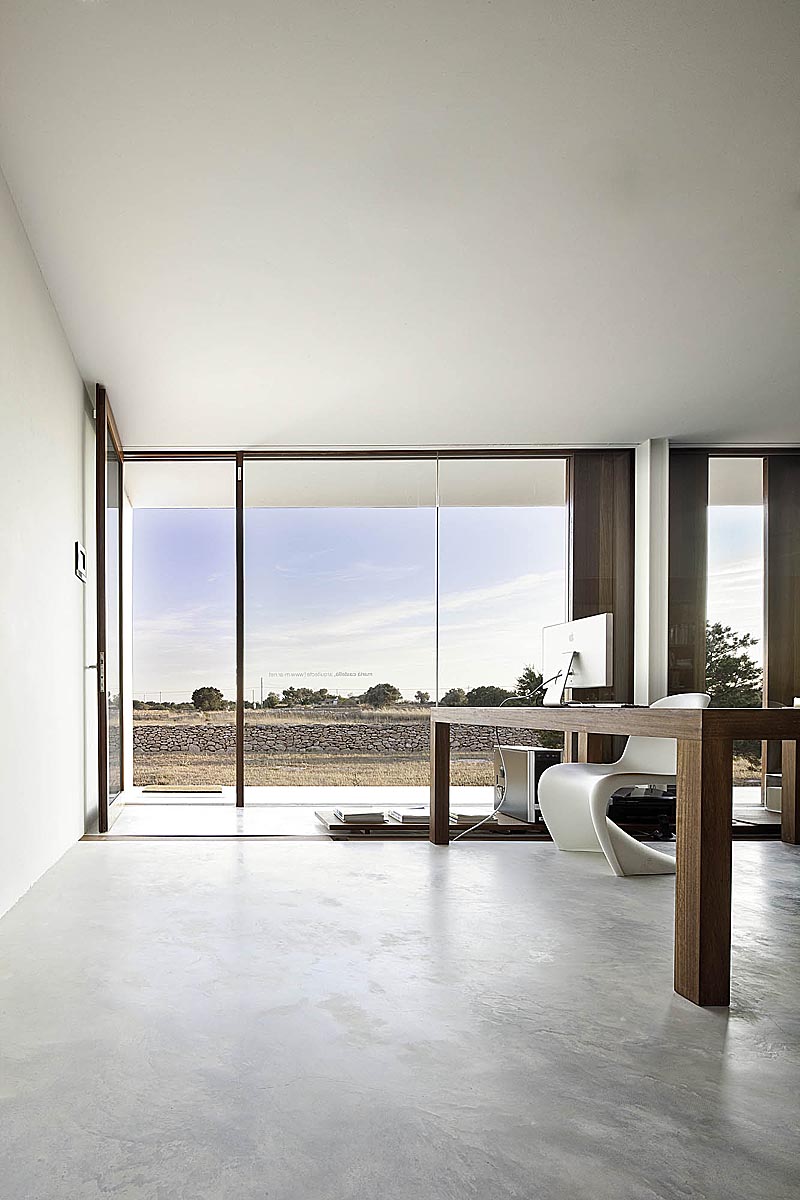 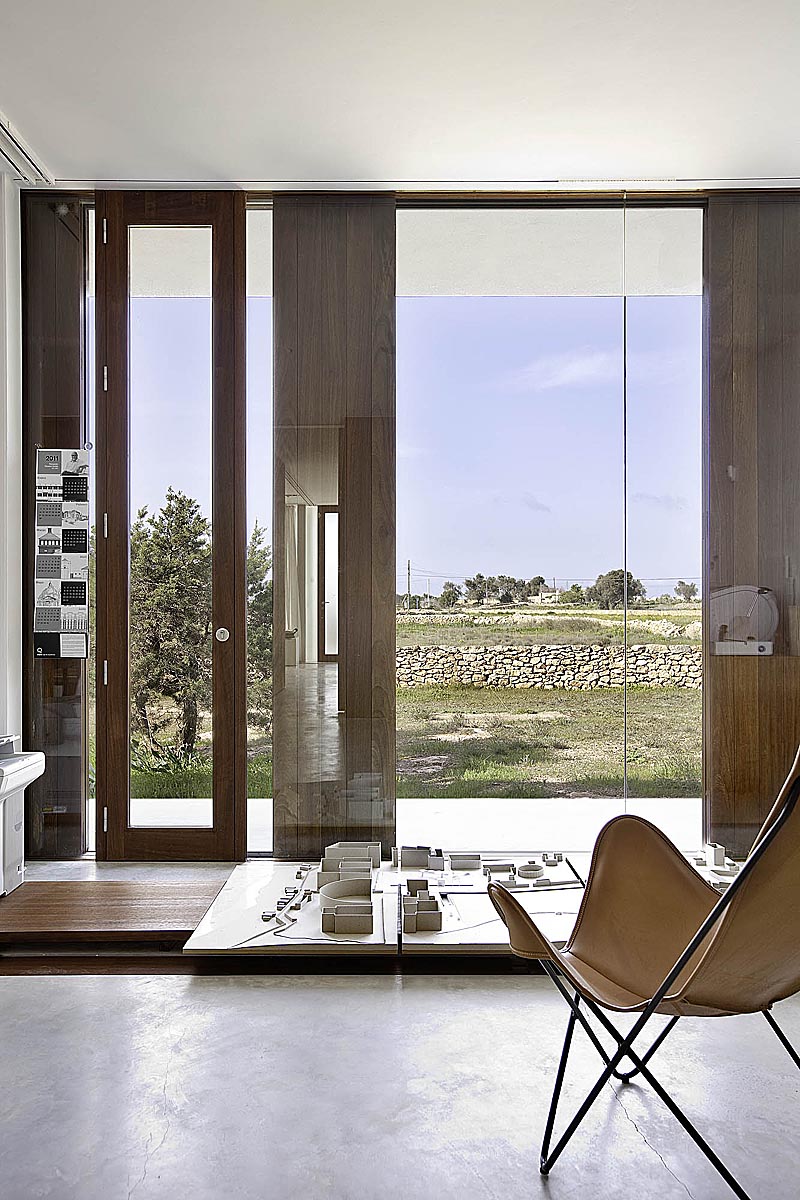 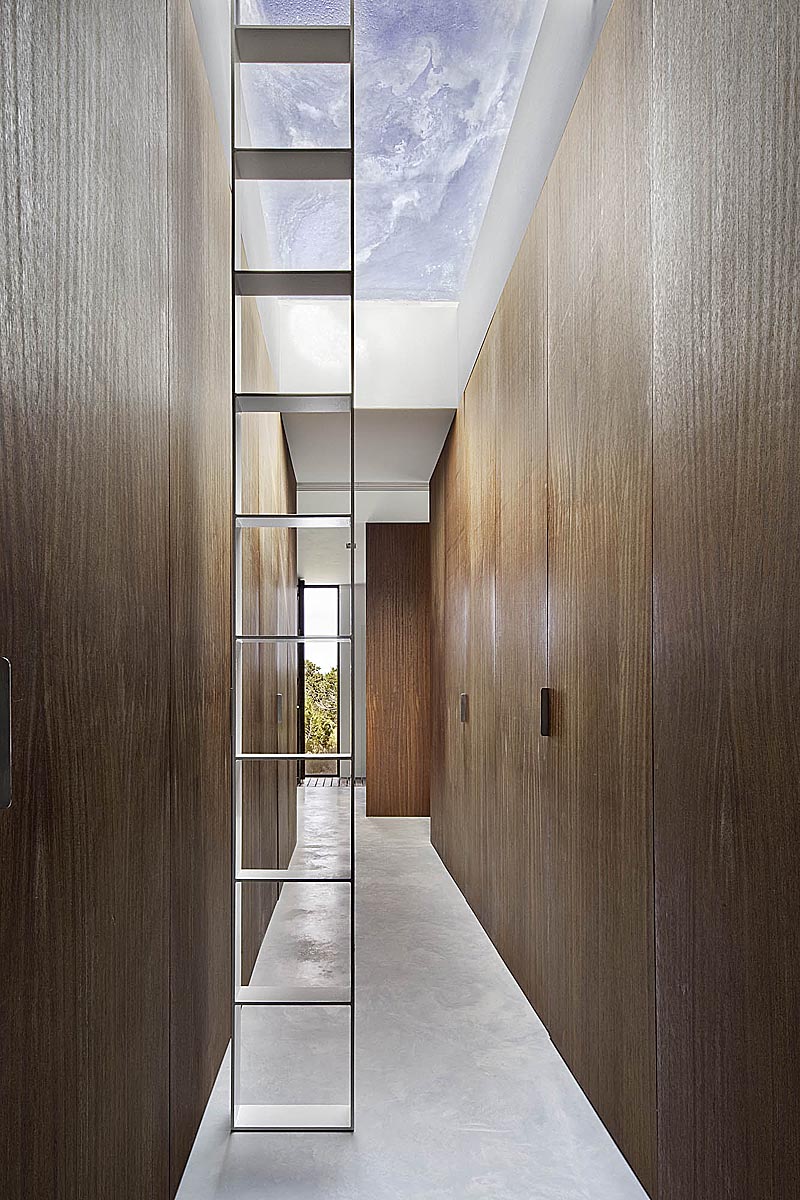 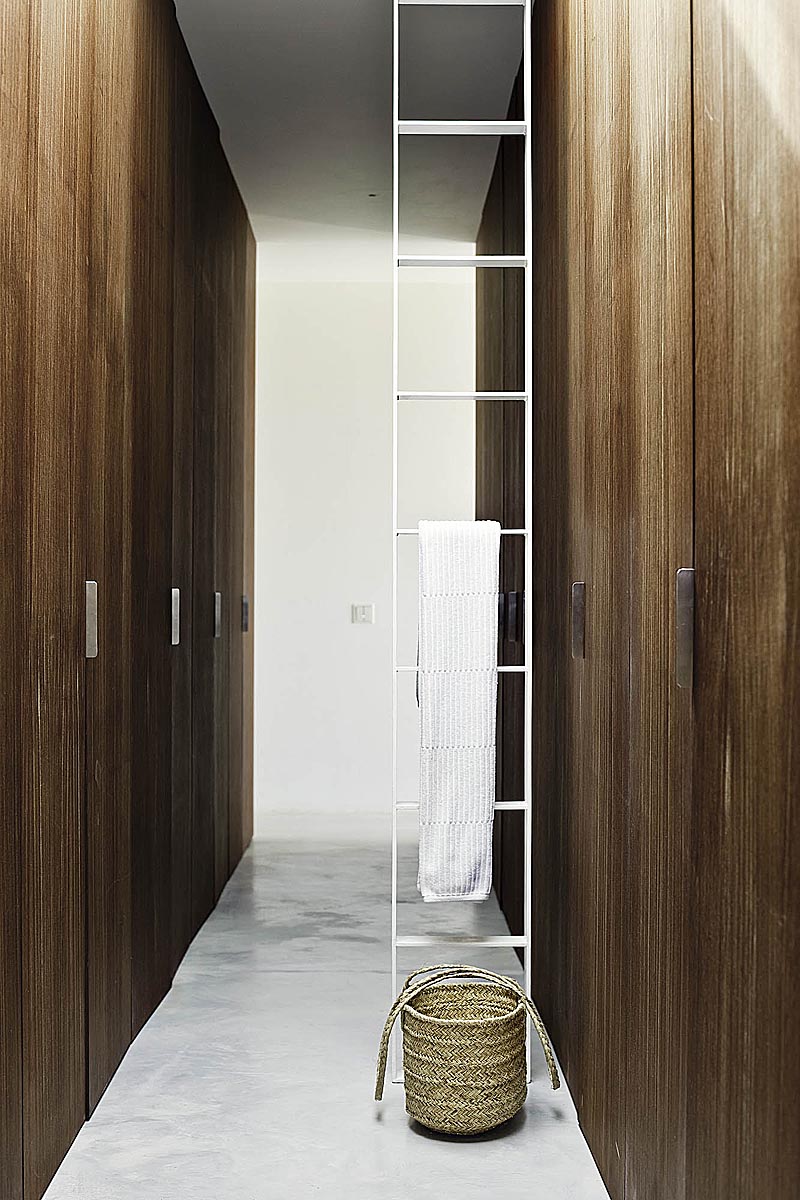 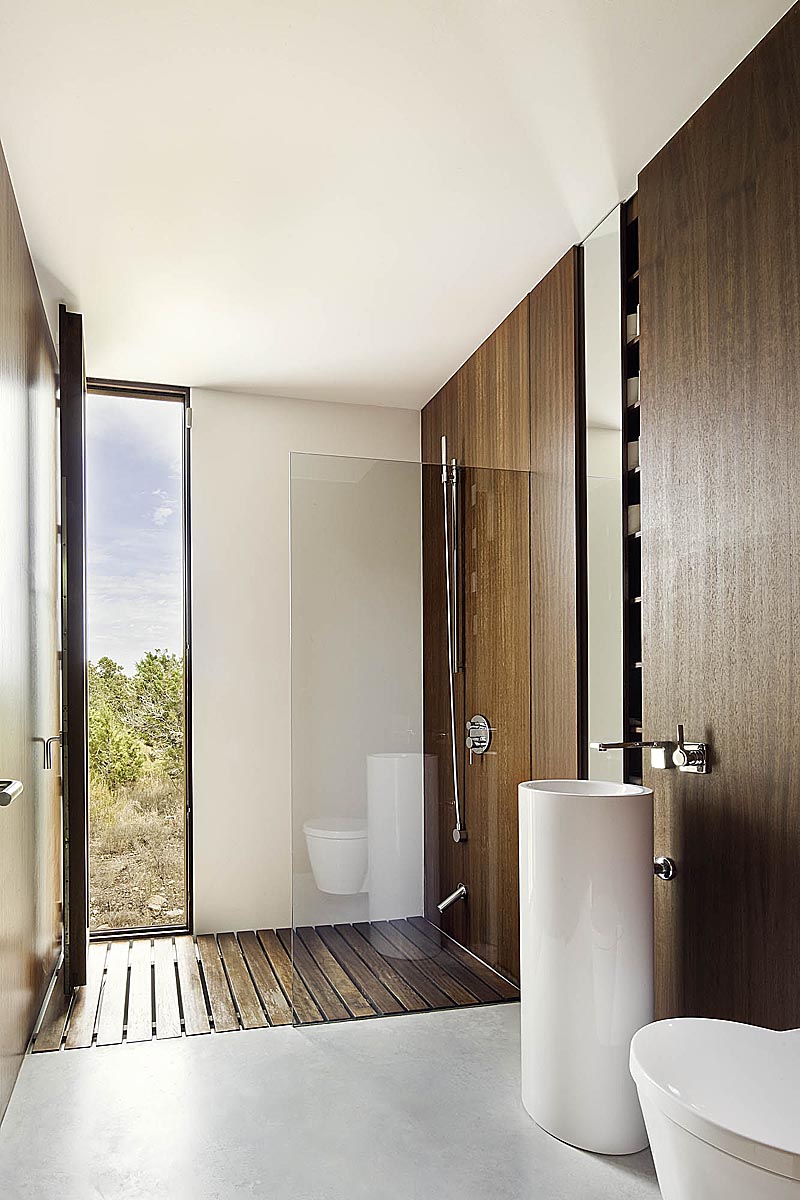 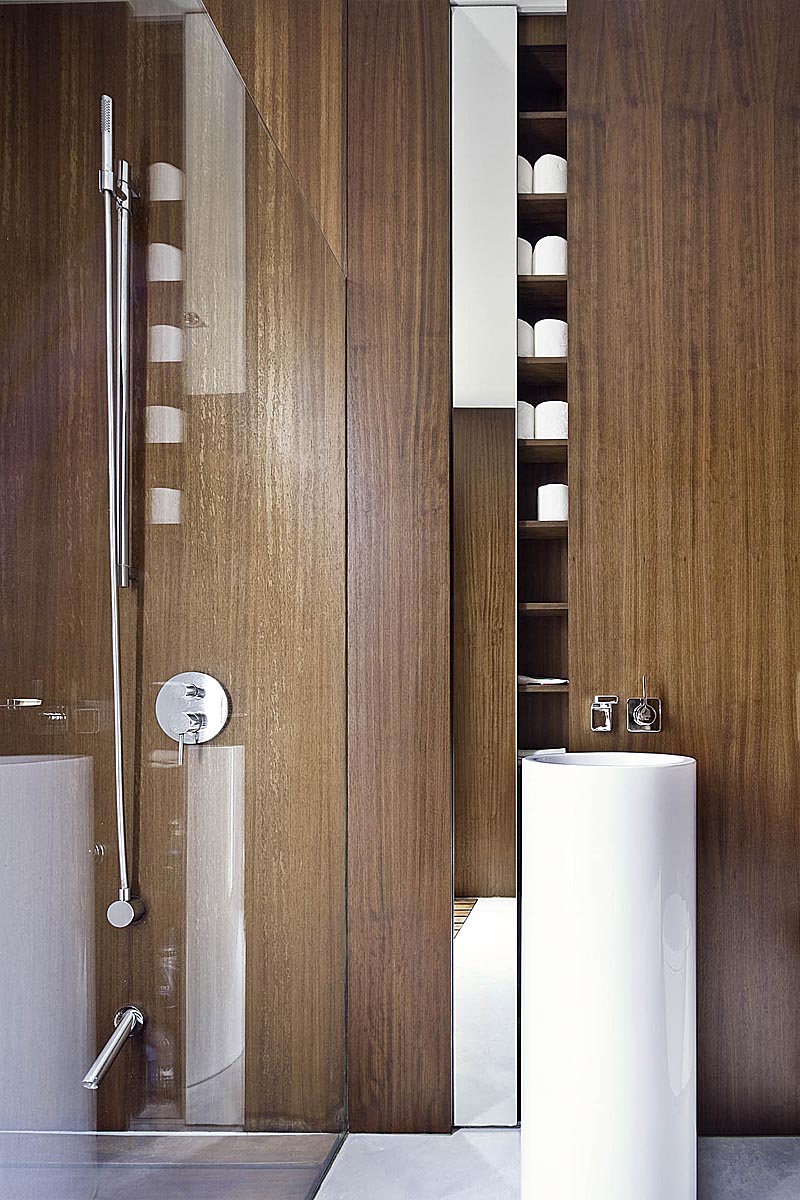