The Hemeroscopium was for the Greeks the place where the sun set. It is therefore more than a concrete and real place, it is an allusion to a place that only exists in the senses of the spectators, that moves and is different for each observer. It is located, delimited and defined by the spatial references of the terrestrial horizon, and the physical and temporal references of the day to day.

From the design idea, a house was devised that traps the domestic space that opens to the outside through a central courtyard that communicates it with the distant horizon. The two things are combined through a balancing act of large, heavy structures that envelop the living space but allow the view to escape. The large structures, defined from the first and most general outlines of the sketch, allow and provoke through their layout that the gravitational action that maintains the balance of the structure moves the interior spaces around the courtyard defending the place and allows the escape towards the exterior spaces, uniting the house with the surroundings.

The design is made entirely of large prefabricated parts: steel structures and prefabricated concrete beams, the same ones used in bridges and viaducts. Only a minimum of materials remain to be transported. This almost total prefabrication of the parts and an assembly rhythm perfectly coordinated by a technical script meant that after a year of engineering, the construction of the structure took only 7 days.

However, despite the enormity of the elements, the final result is far from deformed. The design is based on meticulous calculation: its structure takes the helix as its active principle and although its geometry is not circular, the flight of its beams, supported one on the other, does reproduce it, forming a helicoidal structure where, starting from the stable support of the “mother beam”, an order of structural stacks follow one after the other, generating the helicoid, which develops in an ascending direction with increasingly lighter structures until closing the sequence with a point that culminates the system of equilibrium: a large granite rock weighing 20 tons that “represents the gravitational condition of the house”. In total there are seven elements whose encounters respond to their constructive nature, to their solicitations, and their stresses express their structural condition:

The floor plan of the house is inscribed in a square measuring 22×22 metres but the interior space occupies no more than 200 square metres on the two floors and has only three divisions: a living room, kitchen and bedrooms.

Each room is designed to capture natural light, opening onto a central courtyard that plays with shadows, lights and the water of a swimming pool. On the upper floor there is a second 25-metre U-shaped swimming pool, perhaps the most eye-catching element of the property, but with a more aesthetic and sporting use than an idle one.

Hemeroscopium House has been selected by the BBC as one of the most extraordinary homes in the world. It is part of the documentary The world’s most extraordinary homes – Coast.  Award-winning architect Piers Taylor and actress Caroline Quentin, a real estate lover, travel the world in search of original homes in incredible locations. Documentary available on Netflix. 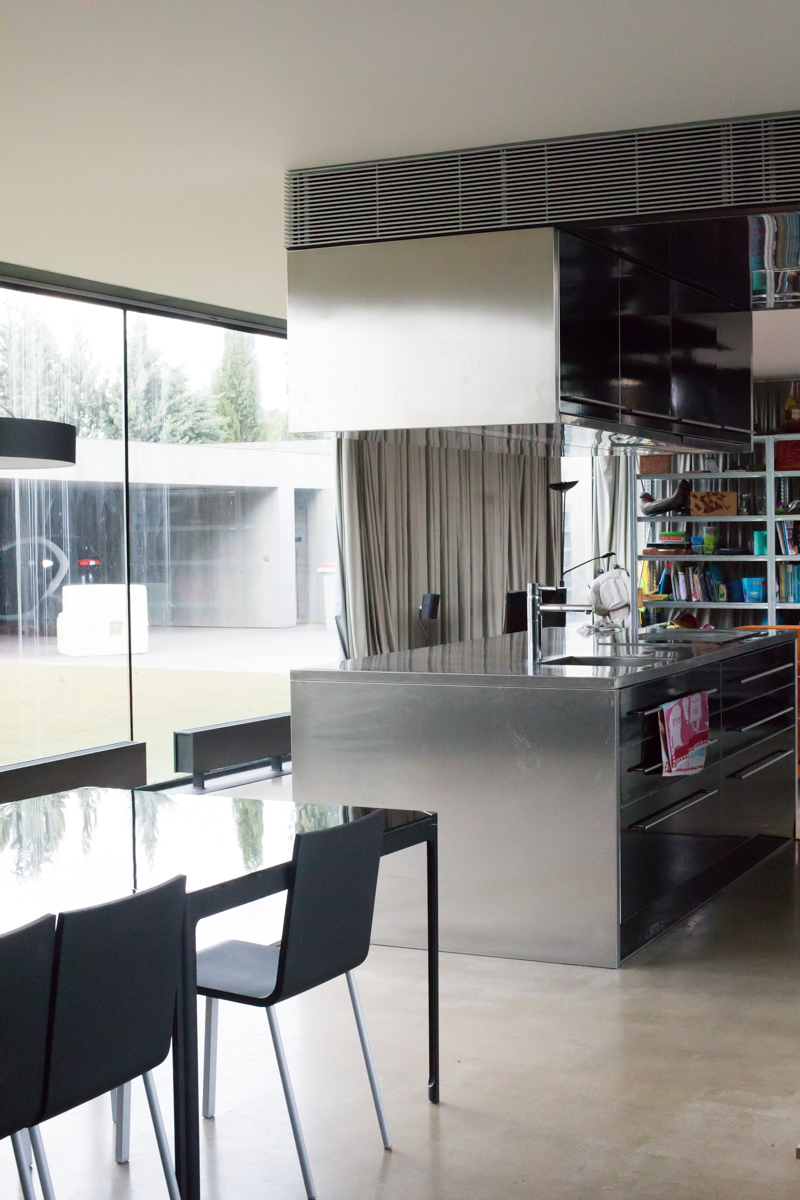 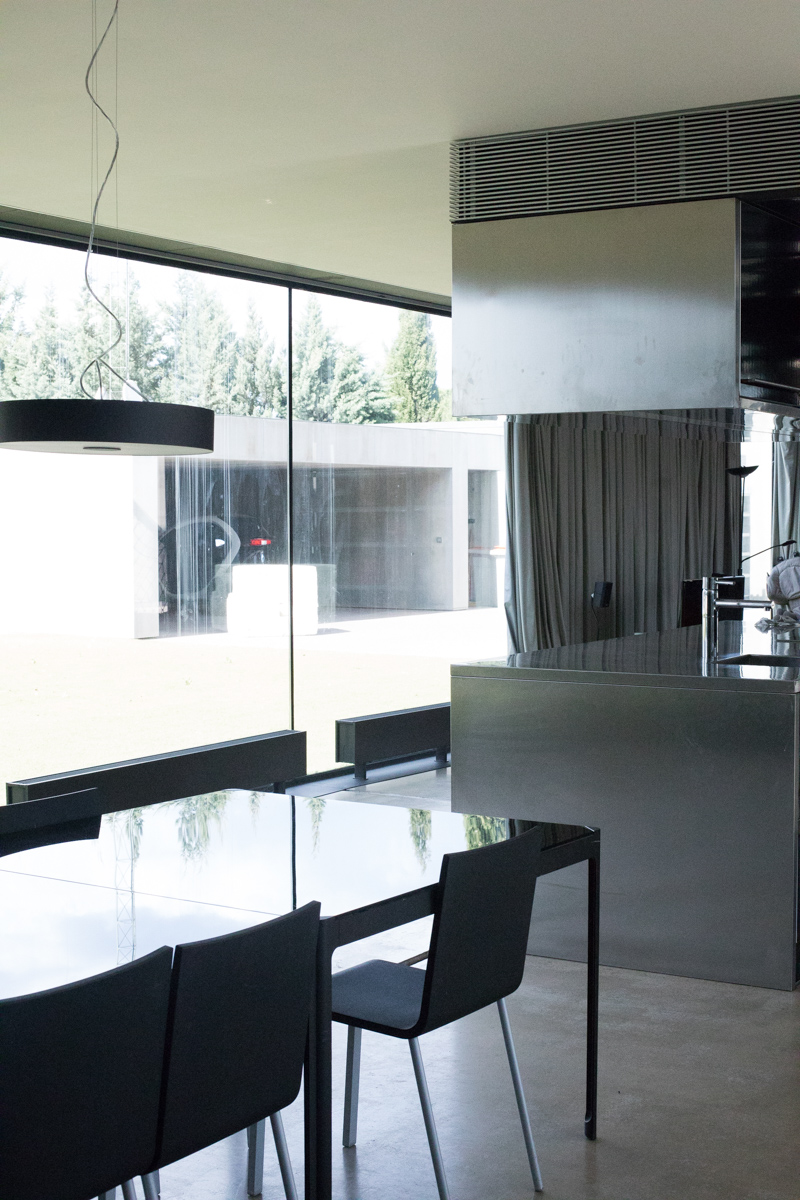 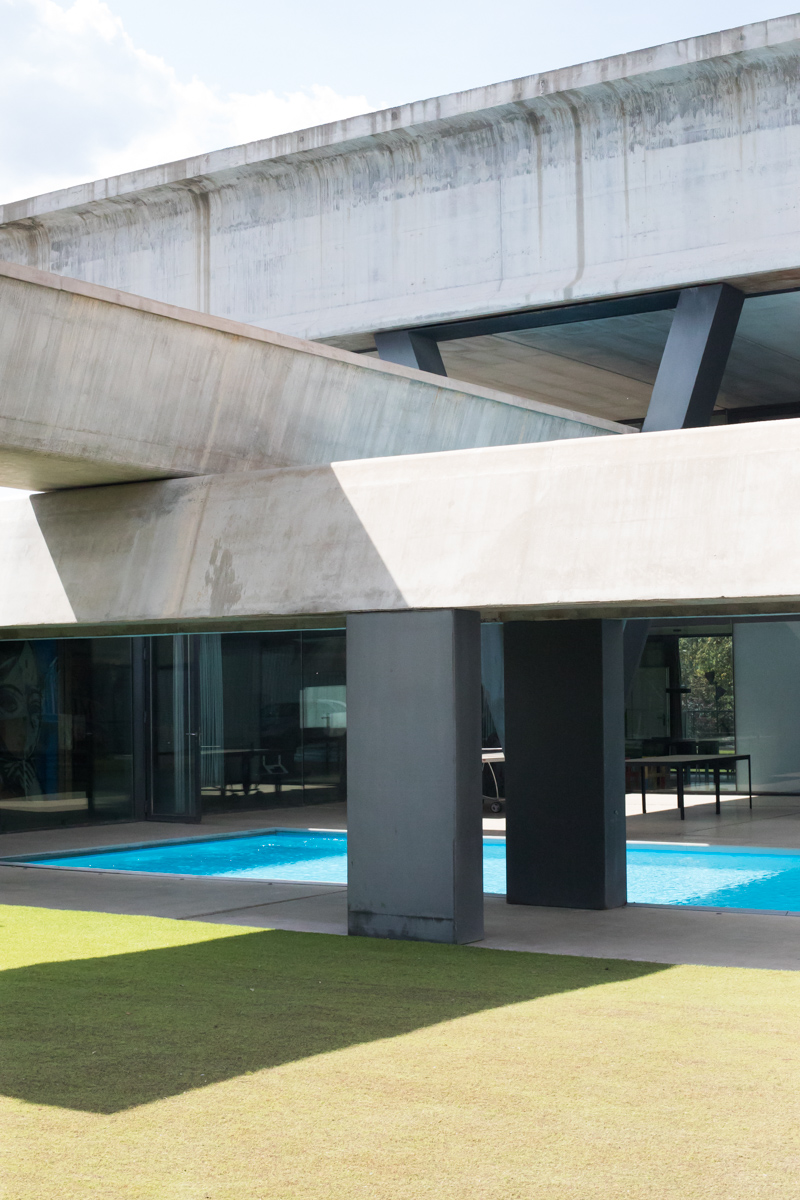 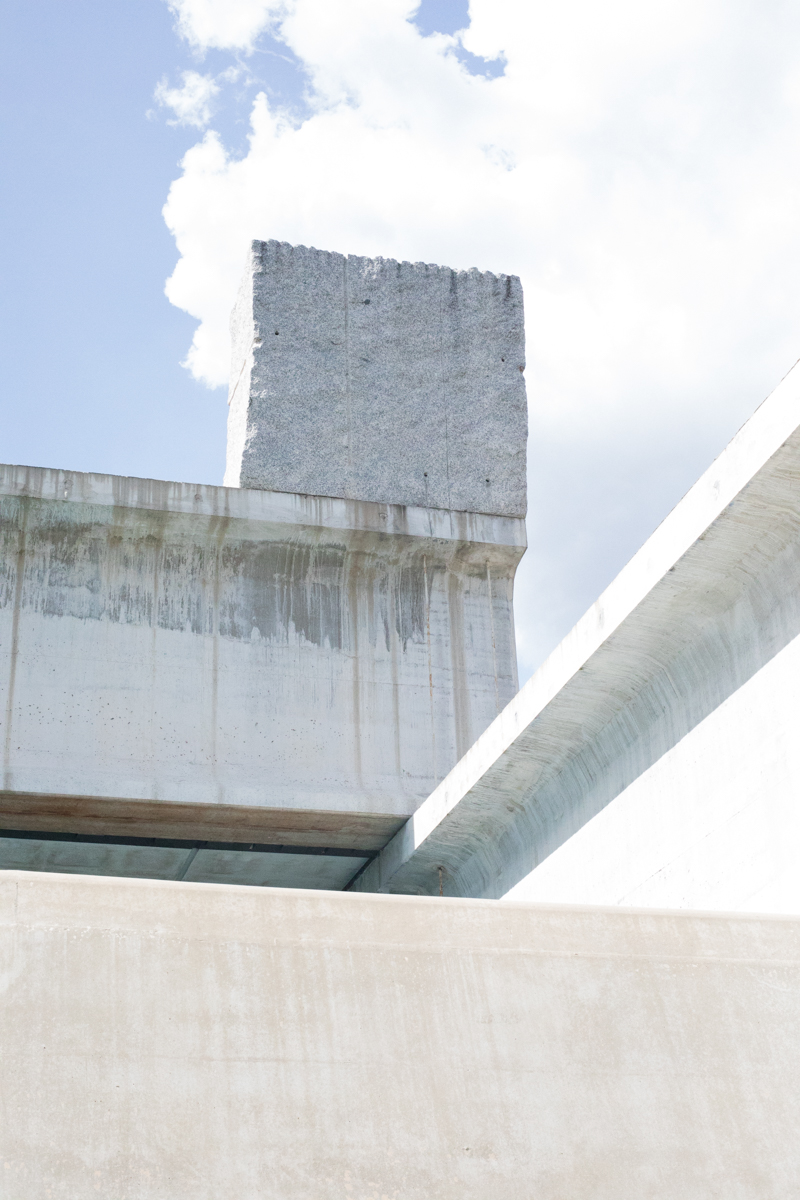 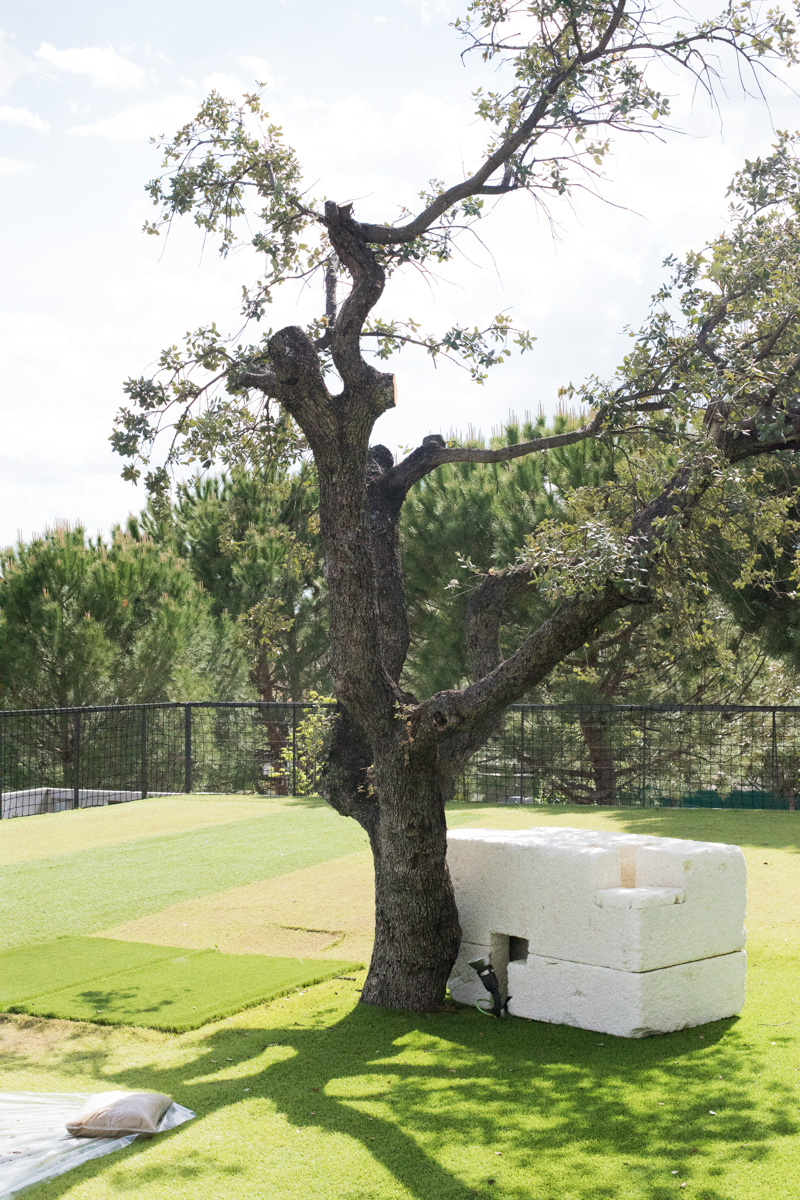 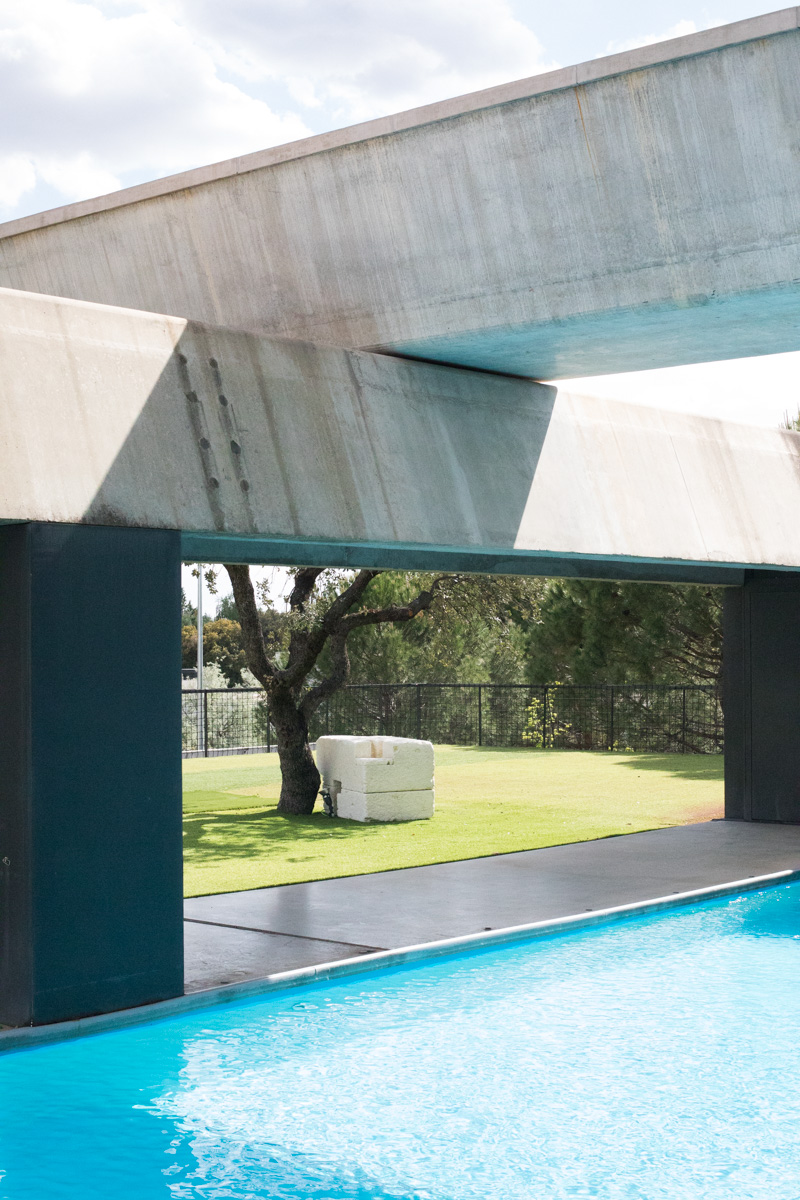 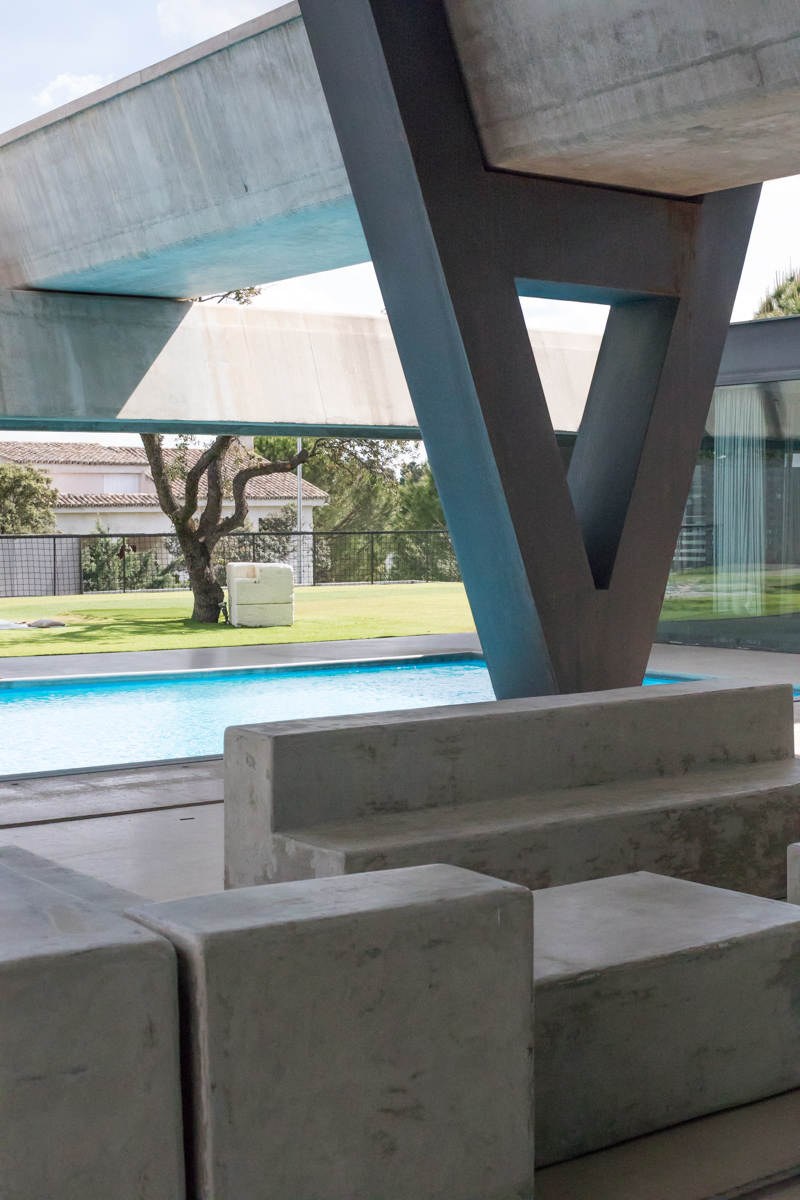 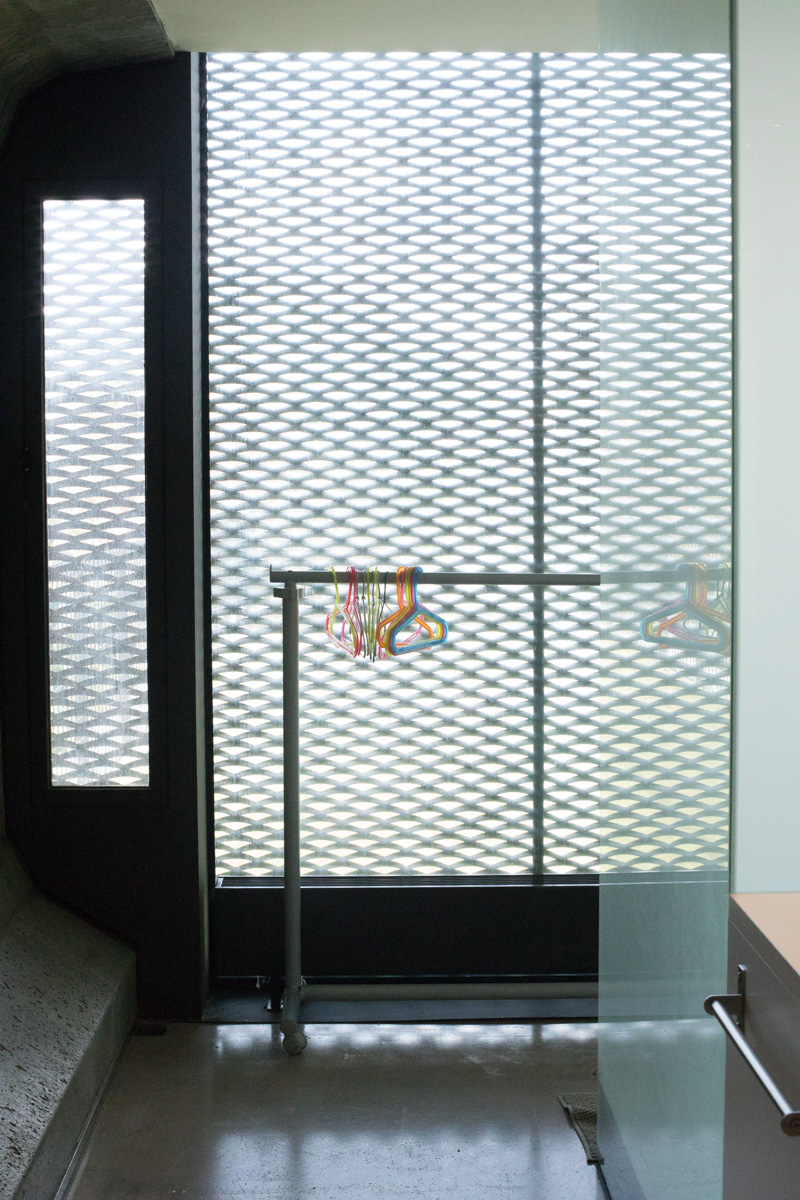 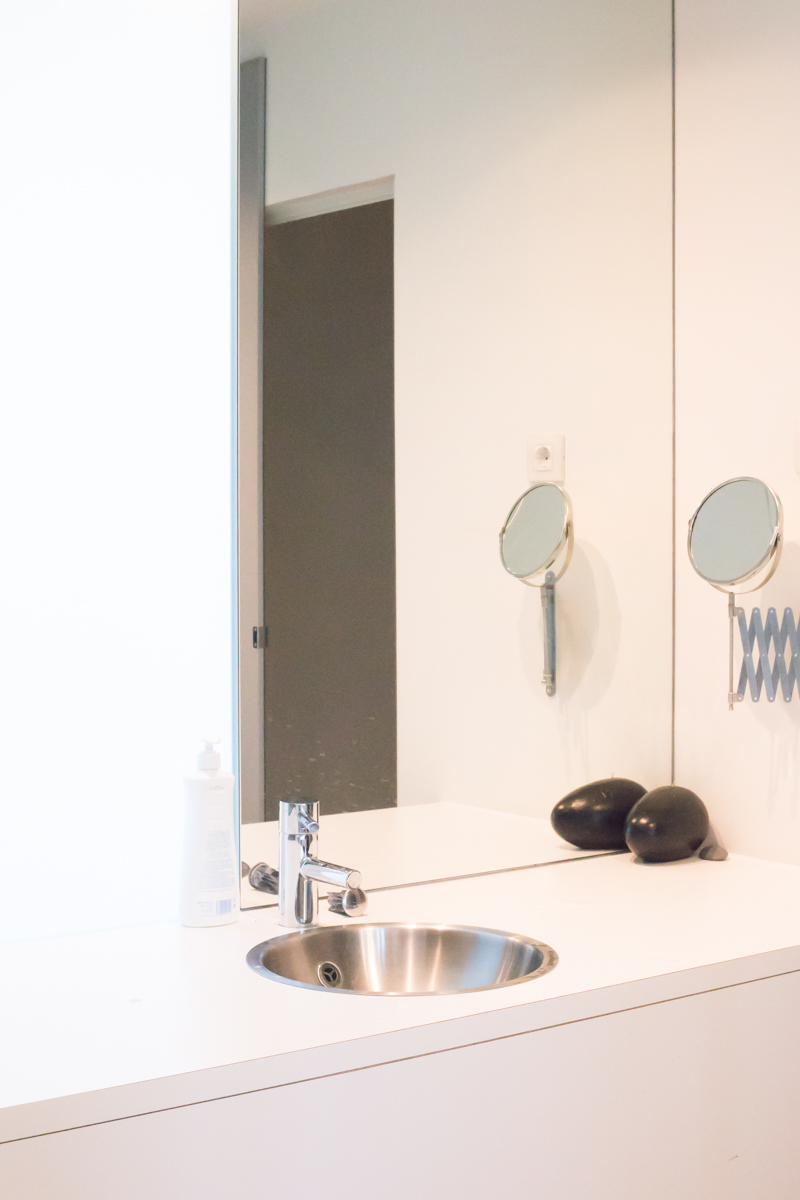 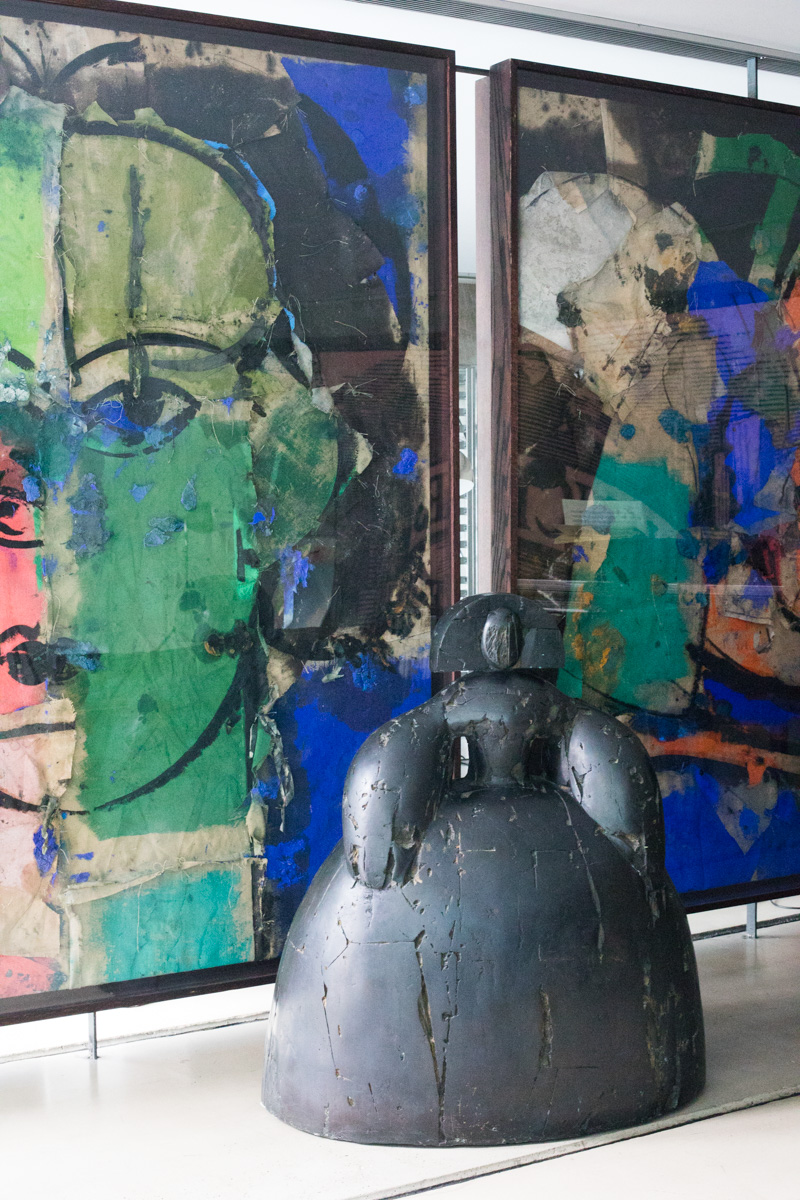 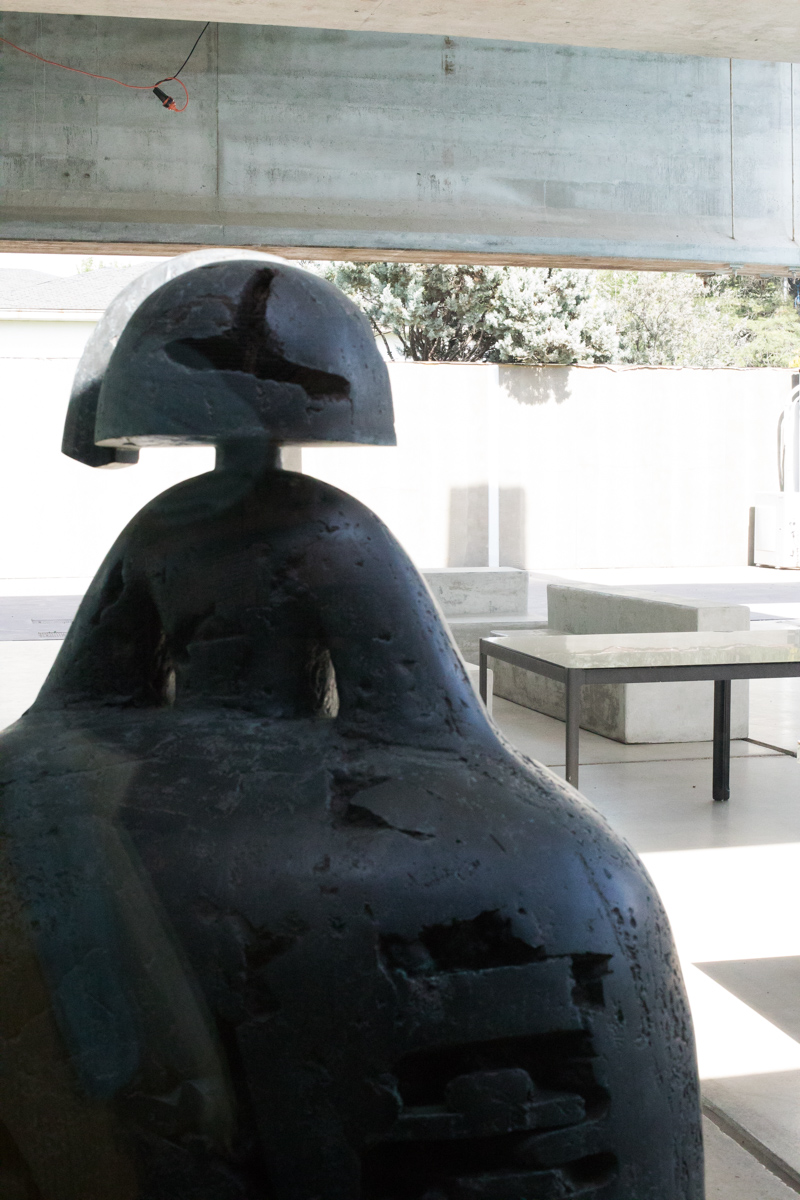 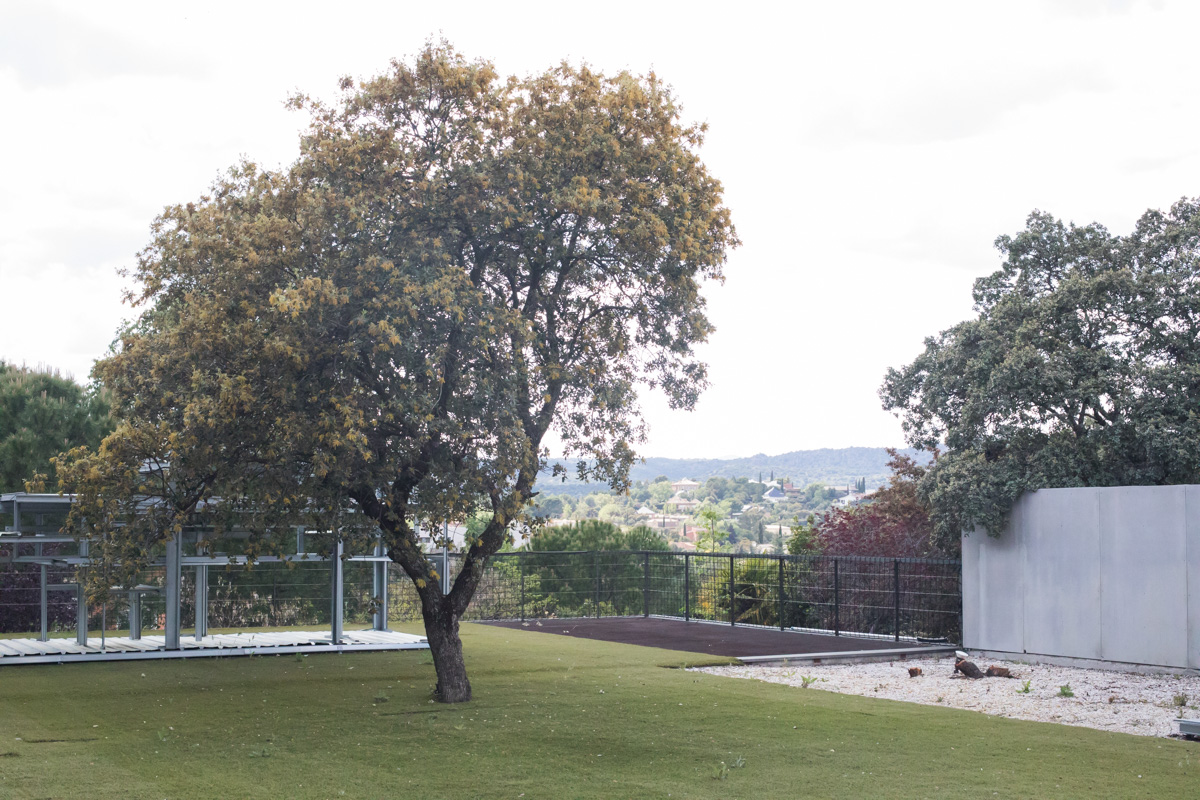 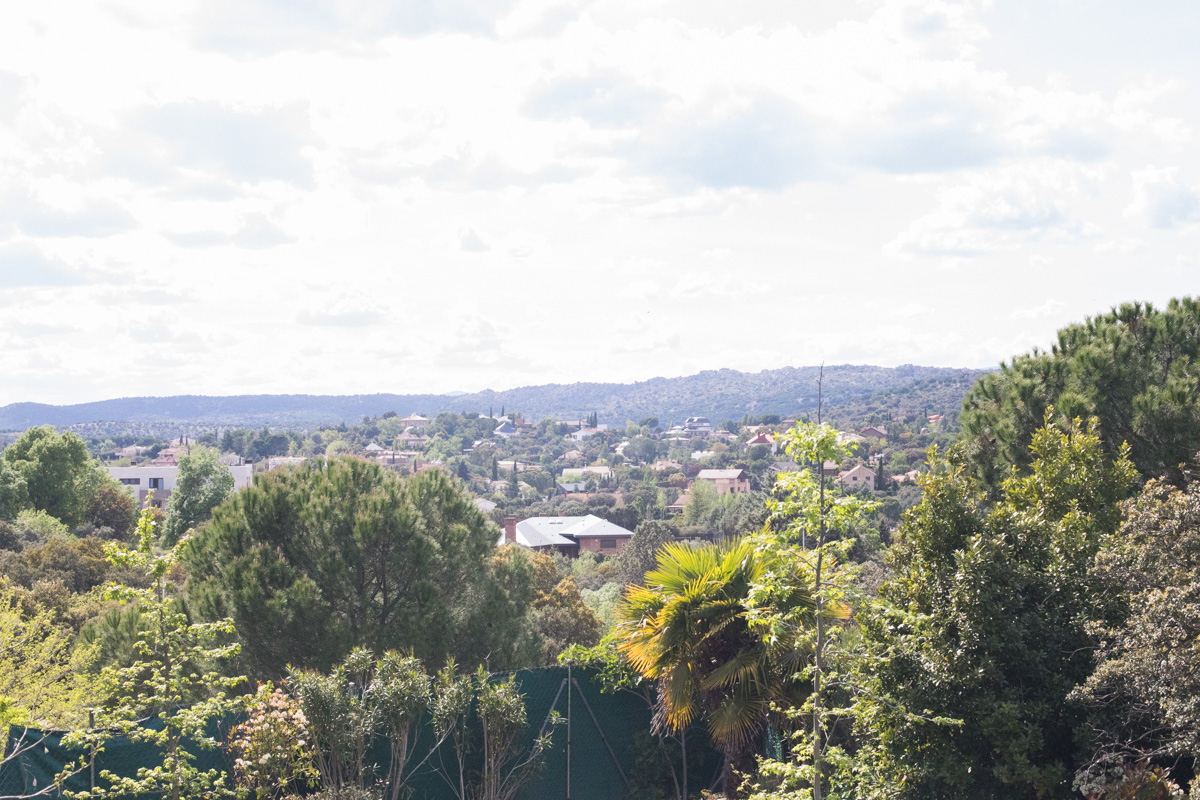