Recoletos: the best area for investment in madrid

What makes this the best neighbourhood for real estate investment in Madrid?

Recoletos: the best area for investment in madrid

The Spanish capital is one of the cities that offers the best real estate opportunities in the market. The transformation it has undergone in recent years has positioned Madrid on a par with other European capitals and it is the focus of international investors who see Madrid as one of the most interesting cities with the best real estate prospects.

Mercedes Rodríguez De la Fuente, real estate partner at The Sibarist, is one of the most authoritative voices in the prime real estate market in Madrid, her area of expertise. In this interview we analyse with her the reasons why the demand and interest in prime housing continues to grow unstoppably, especially in Recoletos, regardless of any kind of fluctuation, and we talk about the prospects for growth. 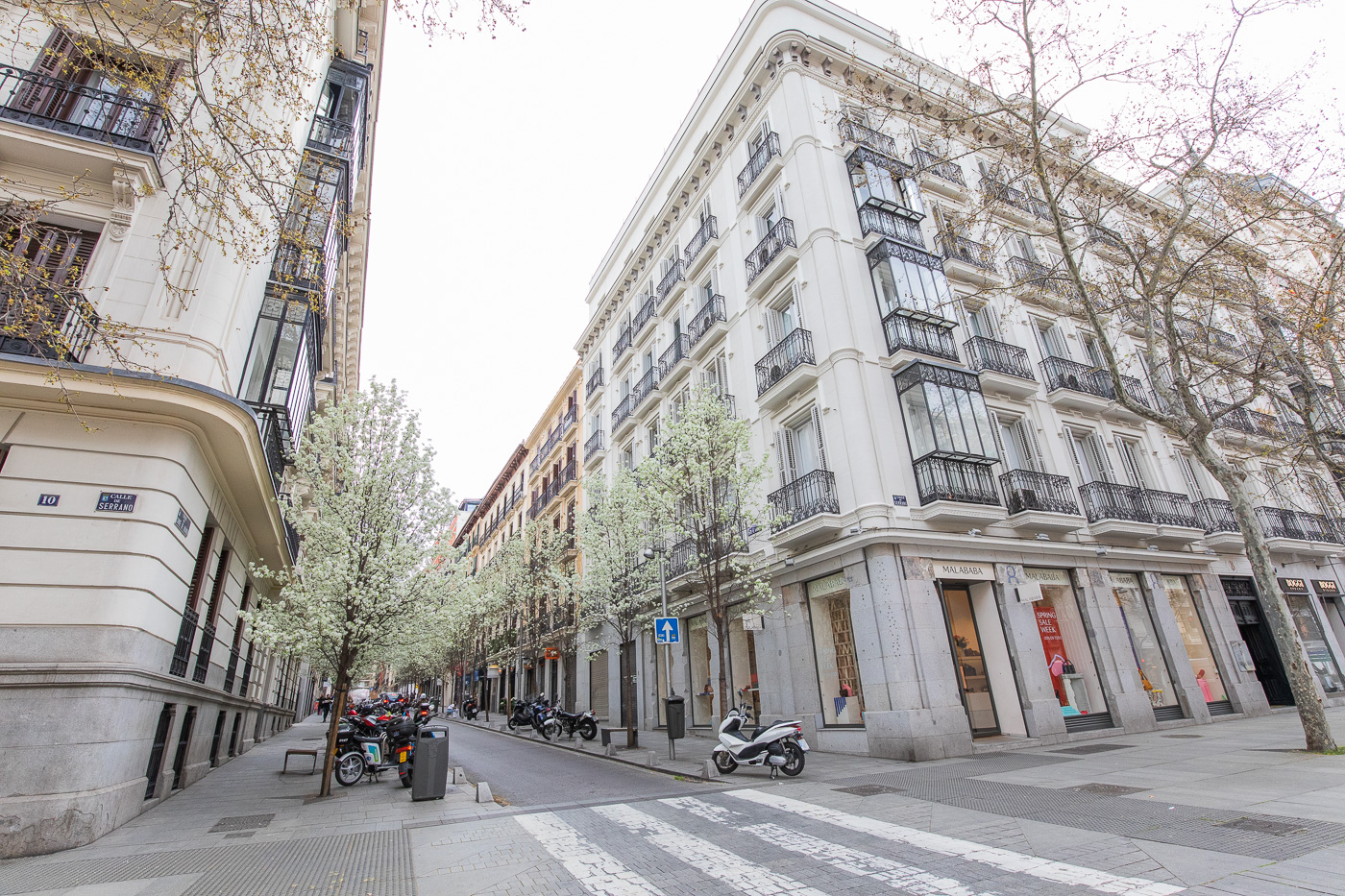 Why is Madrid an attractive city in which to invest in buying a property?

MRF: Bearing in mind that investment at the moment is mainly foreign, it is important to point out that Madrid has a first class cultural offer, on a par with other capitals, large green areas and a very well cared for urban planning that makes life easy, with interventions that in recent years have changed streets, fixed façades, accesses and have made Madrid a very modern and welcoming city.

It is also a leading capital in terms of services. One of the pillars that sustains Madrid is tourism. We currently have some of the best hotels in the world, the most fashionable international restaurants are opening in Madrid and the most traditional ones are still standing, which have always been a very powerful attraction. Fashion shops of all kinds, traditional markets and an early 20th century architecture that appeals to the Latin American public. At the moment we find both investors looking for assets that can be refurbished and sold, as well as finalist clients looking for a turnkey property to move into immediately. The scarce supply and very high demand has pushed up prices and it seems that there are streets that can take it all.

Madrid is a hospitable city, where foreigners are well received, and people feel very comfortable. The quality of life and the security with which people live in Madrid are aspects to be taken into account when deciding whether to buy a home or as a city in which to establish a permanent residence. The Latin American public in particular is very sensitive to this, in addition to the cultural affinity and ease of language. They are the ones who value the city the most. Recently a client told us “Madrid is an accessible, easy and comfortable city. There is no other city where you can enjoy a wide variety of theatres, museums and quality leisure activities without having to take a car and where you can walk around safely”. 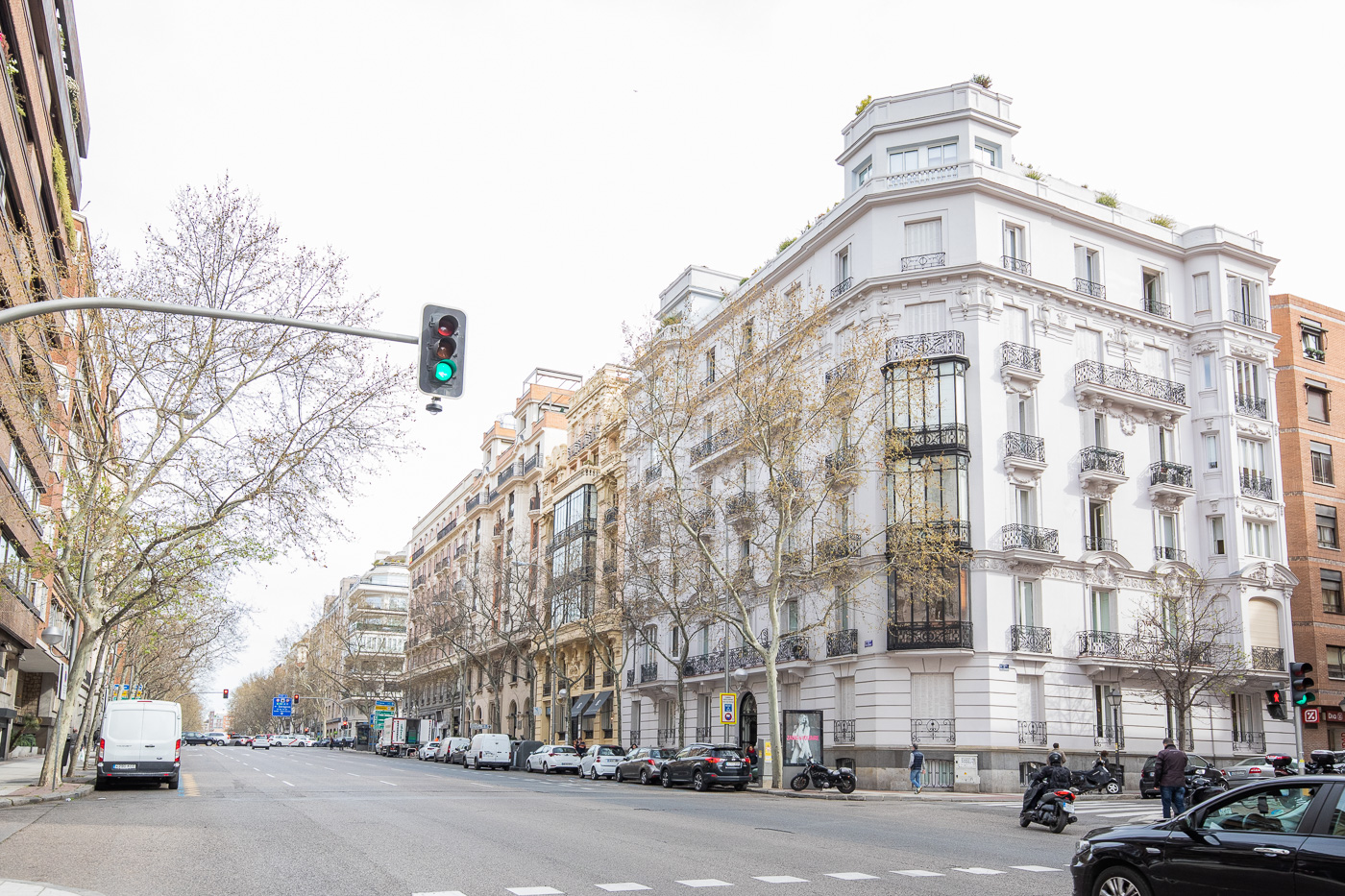 Which neighbourhood is the most upwardly mobile and what factors make this the best neighbourhood for real estate investment in Madrid?

MRF: Undoubtedly the Recoletos neighbourhood, with a very high demand from the Latin American public and growth that brings us close to the repercussions of other European capitals and still with a long way to go, whose prices continue to rise and where every day record highs are surpassed.

The Recoletos neighbourhood is a safe investment that does not fluctuate in the face of economic changes and always remains stable. A property in Recoletos is always a consolidated asset for those looking for profitability, as it pays more for rents. Certain areas, close to the Retiro Park, are still on the rise and the maximums are surpassed every day. There are iconic streets that truly have no ceiling.

Why does the Recoletos neighbourhood stand out from the other prime areas of the capital when it comes to investing in a property?

MRF: The Recoletos neighbourhood is home to emblematic streets and some of the most representative early 20th century buildings. Its location, between the Retiro Park, the great lung of Madrid, the Golden Mile, with the best range of luxury goods in the capital, and the Justicia neighbourhood, with a more avant-garde and effervescent offer, make this area the most sought after, mainly by the Latin American public, who stay in the best hotels located in the area and enjoy the trendiest restaurants, while looking for the home of their dreams. 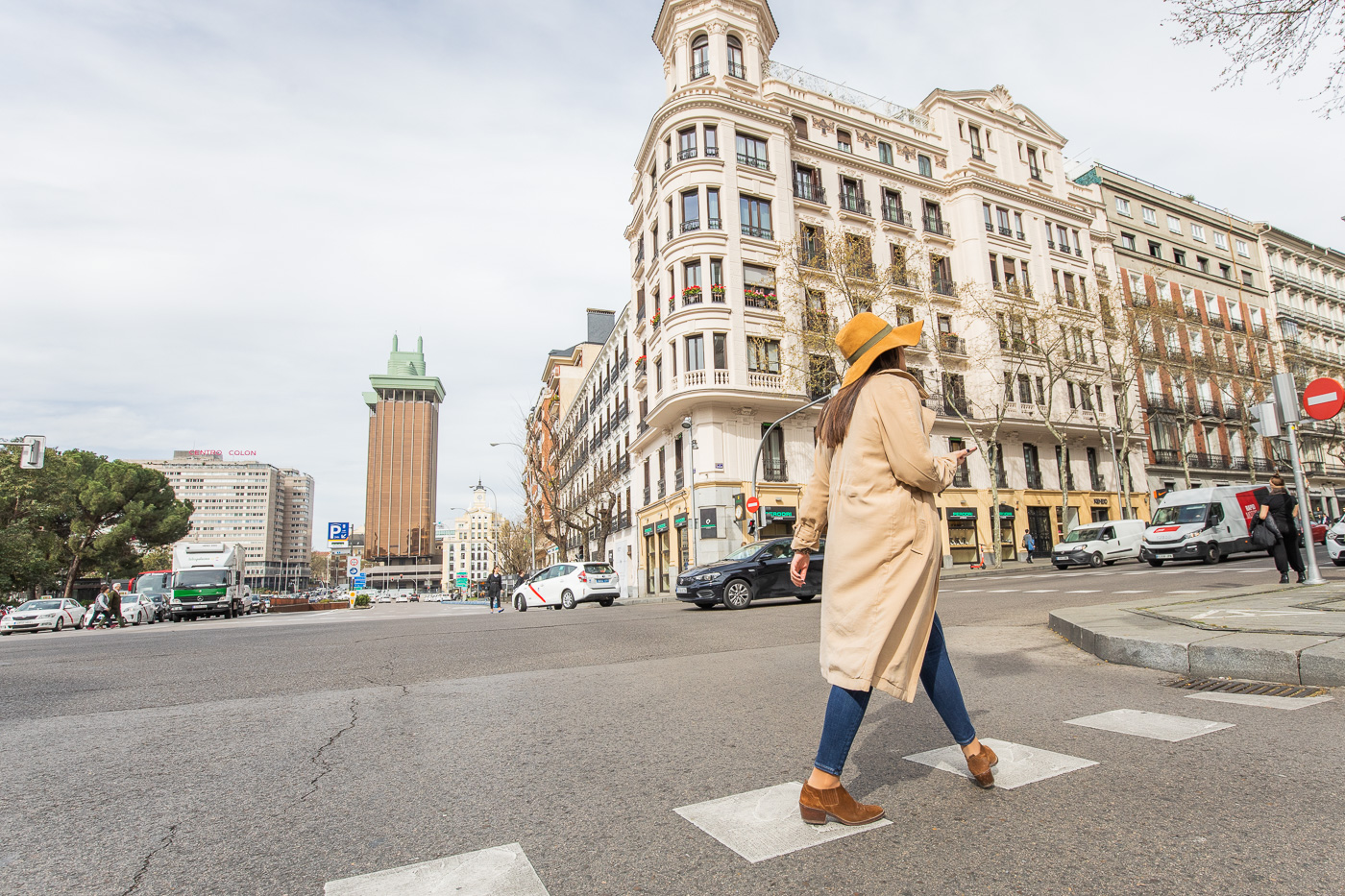 MRF: Mainly in prime areas, the investor is international. Especially Latin Americans, who are increasingly looking for larger properties because they spend more time in Madrid, attracted by factors such as security and language. There is also a European public, although the latter is divided between the Recoletos, Almagro, Justicia and Cortes districts.

Many of the international investors who are landing in Madrid have properties in major European cities and want a comparable property in the capital. For this reason, they choose the first for its location, type of property in a representative stately building, with a quality cultural and leisure offer in the surrounding area. Recoletos is the star neighbourhood.

Have the nationalities of investors changed in the last five years, and can you tell us how this has evolved?

MRF: Initially the investment was mainly in the hands of Venezuelans, both individuals and funds that bought and refurbished buildings, respecting the classic façades and providing them with the best services, such as gymnasiums, rooftop swimming pools, parking spaces, etc. In recent years other nationalities have been arriving to a greater or lesser extent, many Mexicans, but we are also working with Peruvians, Colombians, Ecuadorians, Costa Ricans? There has been an increase in the number of Europeans investing in Madrid, French, Belgians, Dutch, Italians and Portuguese, who are also interested in other areas in the historic centre such as Cortes and Justicia, which they consider more sophisticated. 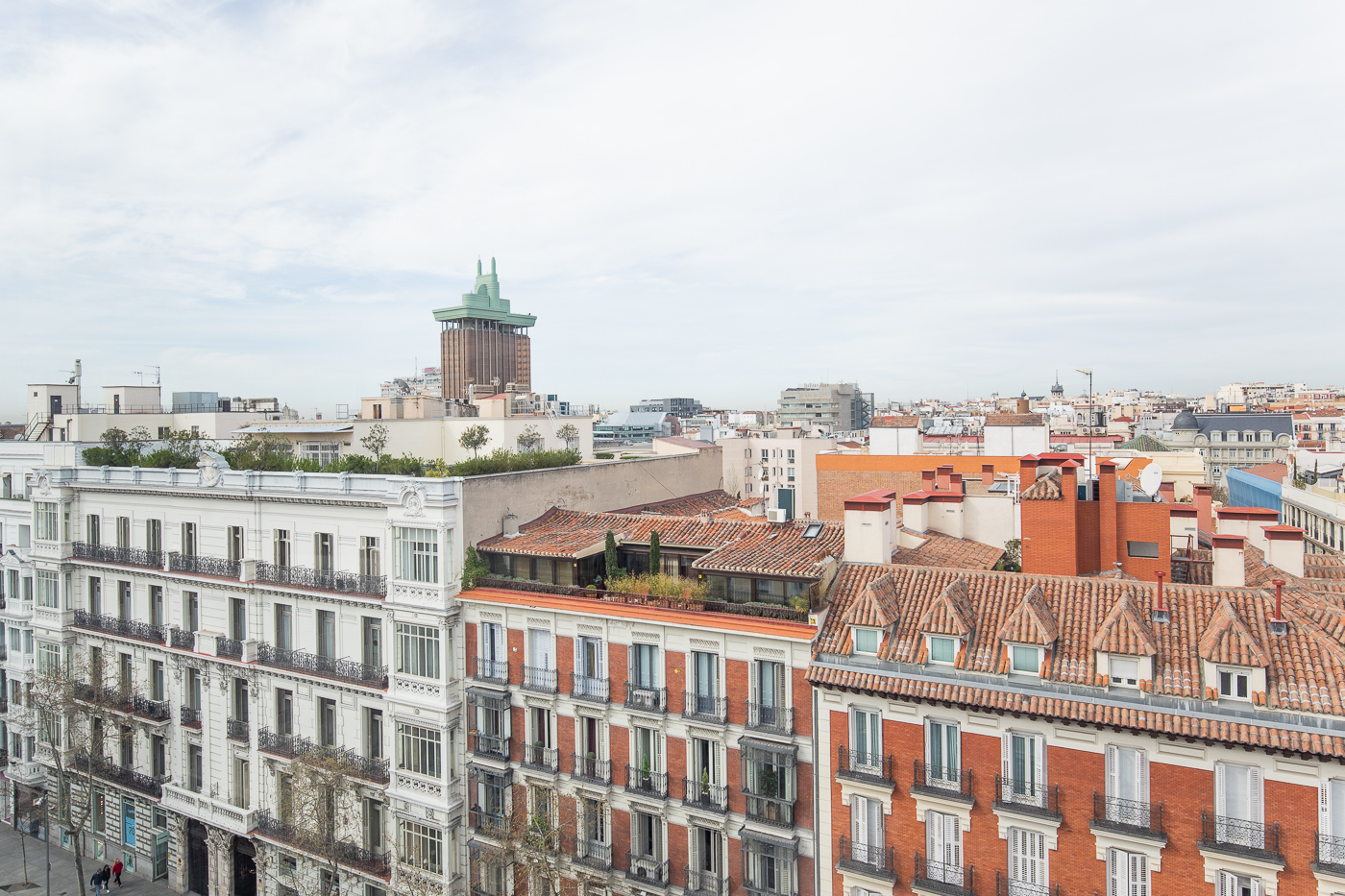 MRF: Between 10,000 and 12,000 euros on average and there are some off-market transactions above those prices, however. Turnkey properties are already exceeding these averages. The impact or price per square metre is largely determined by the location, regardless of the condition of the property, which is higher if it is in a building from the beginning of the century and in certain streets. Many of the transactions that are closed in Recoletos do not reach real estate portals, and are sold very quickly.

We are selling properties that are not published anywhere and we handle them very confidentially and privately with investors and private individuals.

What are the main benefits of this investment?

MRF: Investing in a prime area means you are never going to lose, prime brick is the safest investment. Such a consolidated area is not going to devalue, it has not done so in the past and continues to grow. It is an investment that today still has potential. Guaranteed profitability, immediate and sustainable over time. 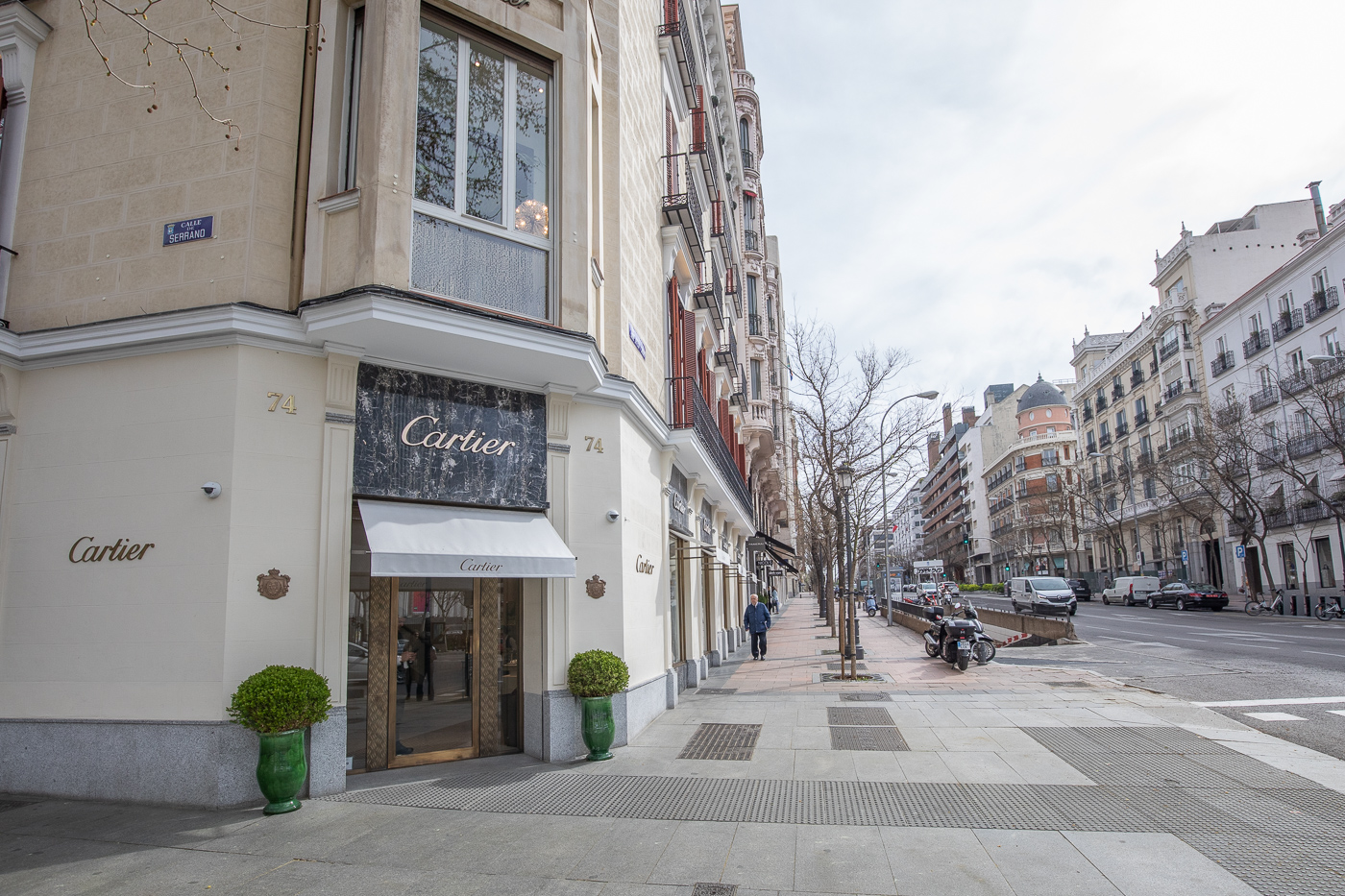 What neighbourhoods in other European capitals would you compare Recoletos to, what price per square metre does it sell for in those neighbourhoods, and can Recoletos match them, given the latest closures?

MRF: It’s not comparable to any one in particular, let’s say it has its own image and identity. Madrid’s stamp is unique. In the main European capitals the impact reaches levels of €20,000/m2 in prime neighbourhoods, but at the moment investment is not as strong as in Madrid. There have been better times. That is the path we have left, fundamentally because the Latin American public wants to live in Madrid and from here, move around Europe. As long as the political and security situation in their countries of origin continues as it is, investment in Madrid prime will rise, regardless of the economic crisis that may affect other areas.

What aspects should someone looking to buy a prime property in Madrid take into account, and what advice would you give them?

MRF:If the client’s objective is to make a good investment, the main recommendation is to invest in prime areas. It is better to invest less in prime areas than in larger properties in other areas because the profitability will always be higher. It is important to get good advice, we provide 360 degree support, which covers everything from the search for the asset to the sale and purchase. We also offer legal and financial advice, we help with different refurbishment and rental alternatives that can optimise the investment.

A finalist who is going to occupy the property must also buy well in terms of investment, regardless of the destination of the property. Technical analysis of the asset is essential. The city council’s technical building inspections that are carried out every 10 years help, and it is public information. It is also important to be aware of the possible expected payments, through the minutes of the last meetings of the community of neighbours. Understanding, accompanying and supporting the client throughout the process implies a responsibility for which you have to be up to the task.

Below is a selection of properties currently for sale in this area. 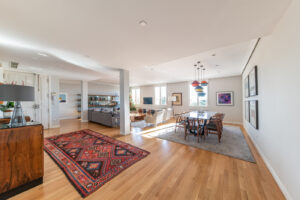 The best views of El Retiro. 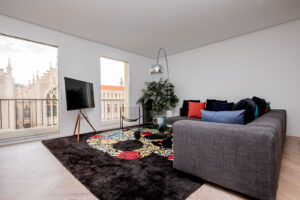 The dream penthouse in Recoletos. 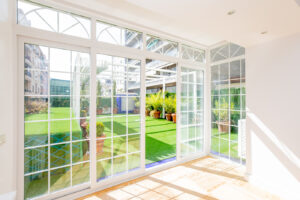 The garden of Recoletos. 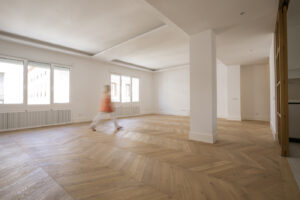 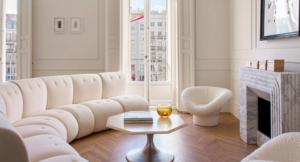 Magnificent flat a stone’s throw from the Retiro Park. 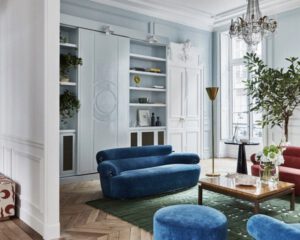 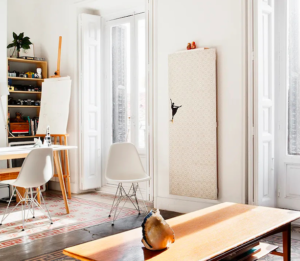 Bar Manero: The most elegant tapas in Madrid
A boutique bar, a renovated tavern, a traditional bar and a place to have a drink are all the concepts that this establishment combines.